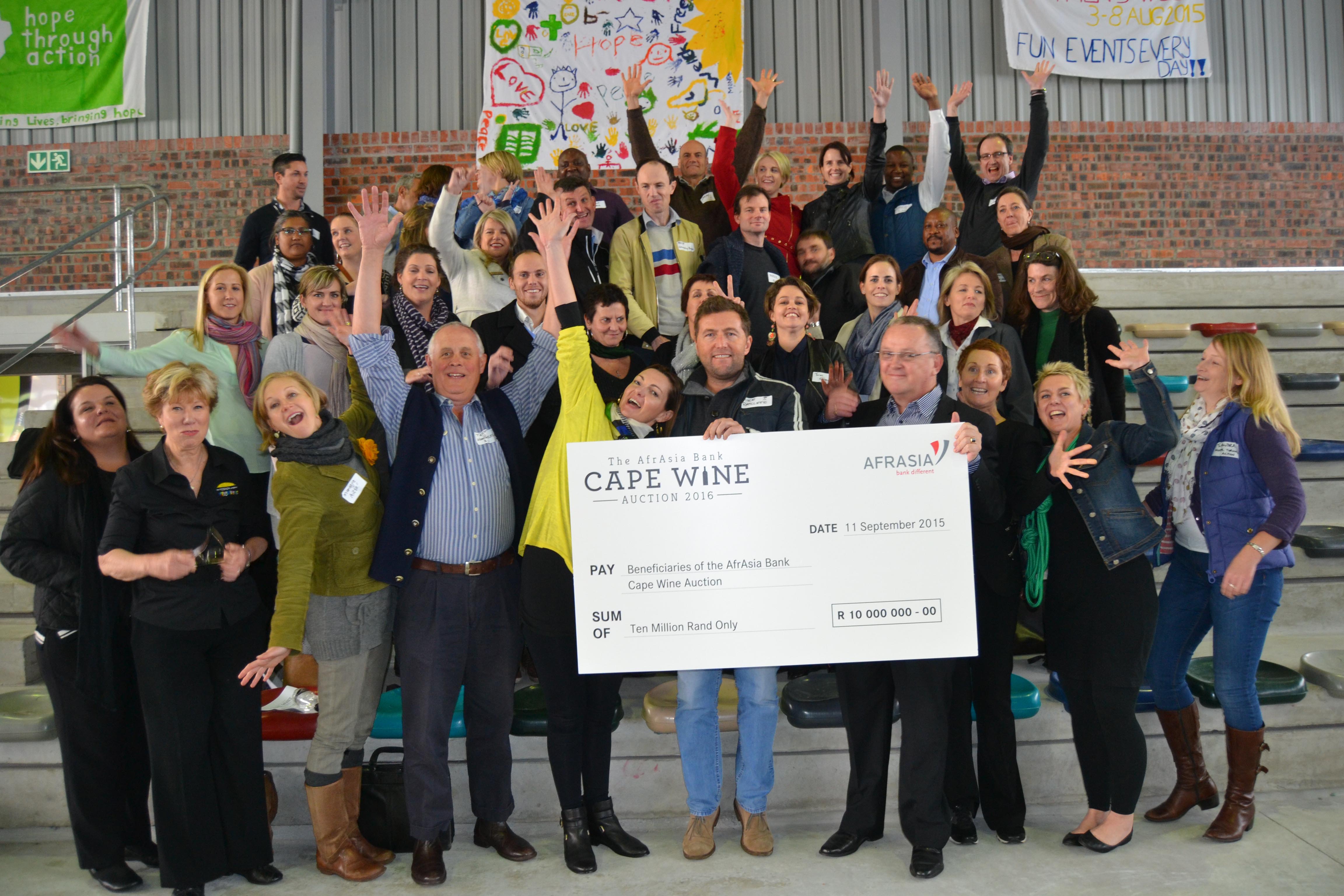 Offering attendees the opportunity to bid for some of the Cape’s most coveted wine lots, tickets to the affair – which sell out well in advance – are now available to both local and international attendees, all of whom are willing to open their pockets for a good cause.

Making a substantial contribution to the education and empowerment of disadvantaged youth in the Cape Winelands, all proceeds from the Cape Wine Auction are donated directly to charity organisations, without offset or deduction.

This year, R10.565 million was raised in about three hours, breaking every fund raising record in the country.

“The first two AfrAsia Bank Cape Wine Auctions surpassed all expectations. The trustees realised the responsibility that comes with managing this philanthropic capital and have gone to great lengths to ensure that it is strategically spent, with the end goal of seeing real change in education in our region,” says Cape Wine Auction Trust trustee, Mike Ratcliffe.

Benefiting 19 organisations in the Cape Winelands, the likes of Rupert and Rothschild Vignerons, Eben Sadie, Kanonkop, Vilafonté, Hamilton-Russell and Bartinney Wines are just some of the prominent wine-making ambassadors that will curate premium wine to oenophiles who descend annually on the Cape for the internationally-recognised charity auction.

The impact of the event’s success is felt directly by the beneficiaries, which include The Anna Foundation, The Click Foundation and Community Keepers. The Cape Wine Auction Trust has a mandate to raise funds to support education in the South African Winelands.

The Cape Wine Auction trustees aim to institute a new model of distribution for the proceeds, replacing the previous model where funds were simply allocated equally among individual beneficiaries with greater collaboration amongst the organisations.

“Having familiarised the organisations with each other through workshops, and aligned them towards a common purpose, the hope is to achieve even greater efficiency and impact,” adds Ratcliffe.

“All of the participating wineries know that the future lies in transformation through education and this is their way of helping to make a difference.”

Trustees, in conjunction with PriceWaterhouseCoopers are responsible for the allocation and monitoring of charitable funds raised. The purpose of the trustees is to guide the allocation and channeling of funds and to maintain complete transparency in all of the procedures.

About the AfrAsia Bank Cape Wine Auction
Exquisite wines, incredible food and VIP access to some of the most beautiful private locations in the Western Cape. The Cape Wine Auction is not only the chance to buy exceptional, once in a lifetime experiences, but it’s all for a very good cause. Over and above the Auction itself, there is also a Friday night ‘Barrel tasting & Auction’ sponsored by American Express Centurion where guests have a chance to taste from 20 hand-selected barrels with the individual winemakers, and then place a bid on a case.

The 2015 AfrAsia Bank Cape Wine Auction, which took place on Saturday 14th February this year ascended to new heights when an astounding R10.565 million was raised for education in the Cape Winelands, achieving a significant 50% increase on the R7.045 million raised at the inaugural 2014 Auction.