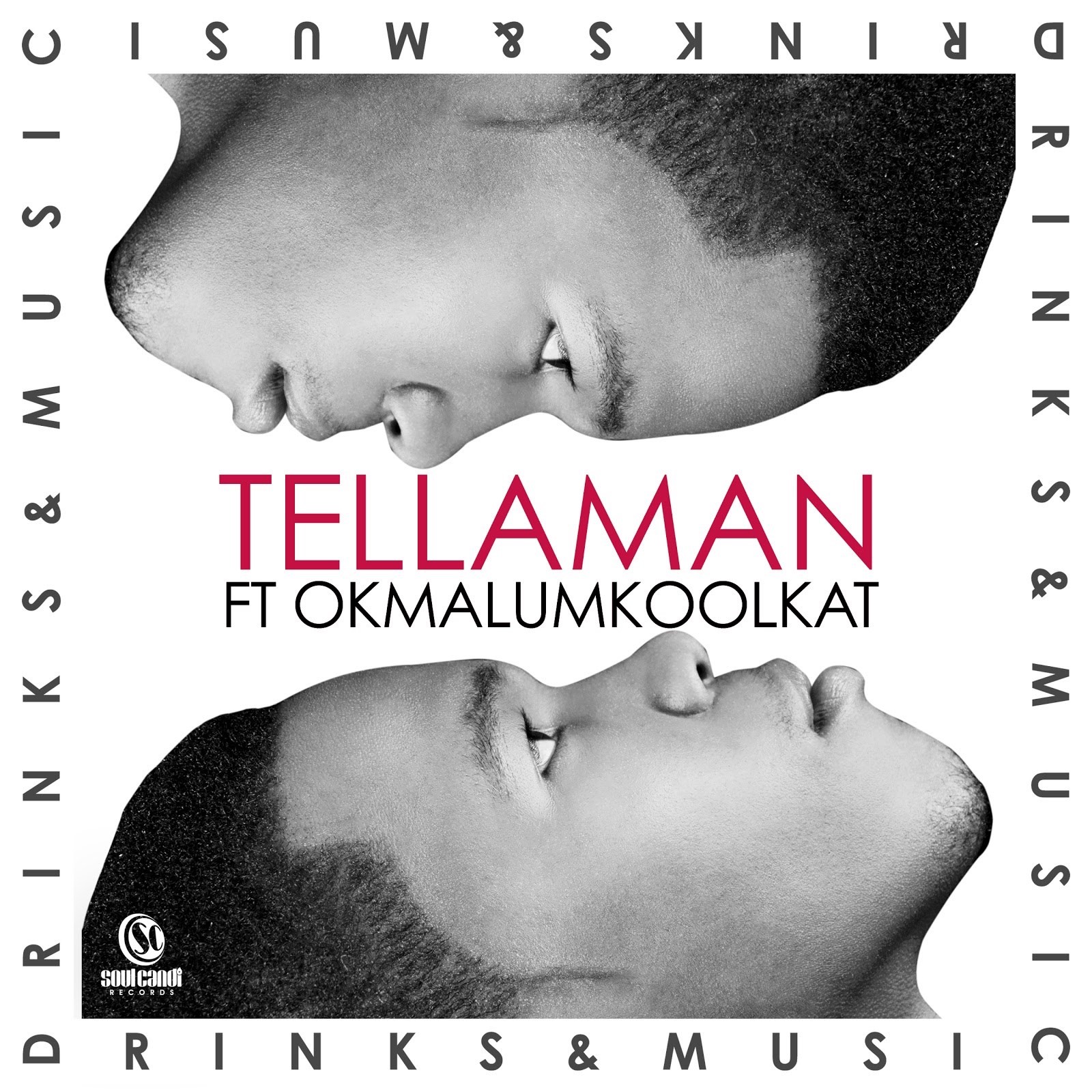 Tellaman’s latest single ‘Drinks & Music’ has been dubbed the South African Summer Anthem of 2014. The vocalist, DJ and producer has been hard at work creating some killer tracks and quickly gaining support from big names in the industry.

House meets Hip-Hop in this feel-good song where the dance-floor beat breaks to feature the extremely talented Okmalumkoolkat. His rap segments adds a new kind of flair to Tellaman’s already recognisable sound.

Soul Candi couldn’t have chosen a better song to follow the hugely successful ‘That Girl’ in which Tellaman features – his fans will not be disappointed! South Africans know that nothing beats cold drinks and great music during a hot Summer – except maybe a collaboration between Tellaman and Okmalumkoolkat! This is one track that should definitely be added to the December party list and will be available on Soul Candi Sessions 2015 on the artist disc.

Listen to the track here