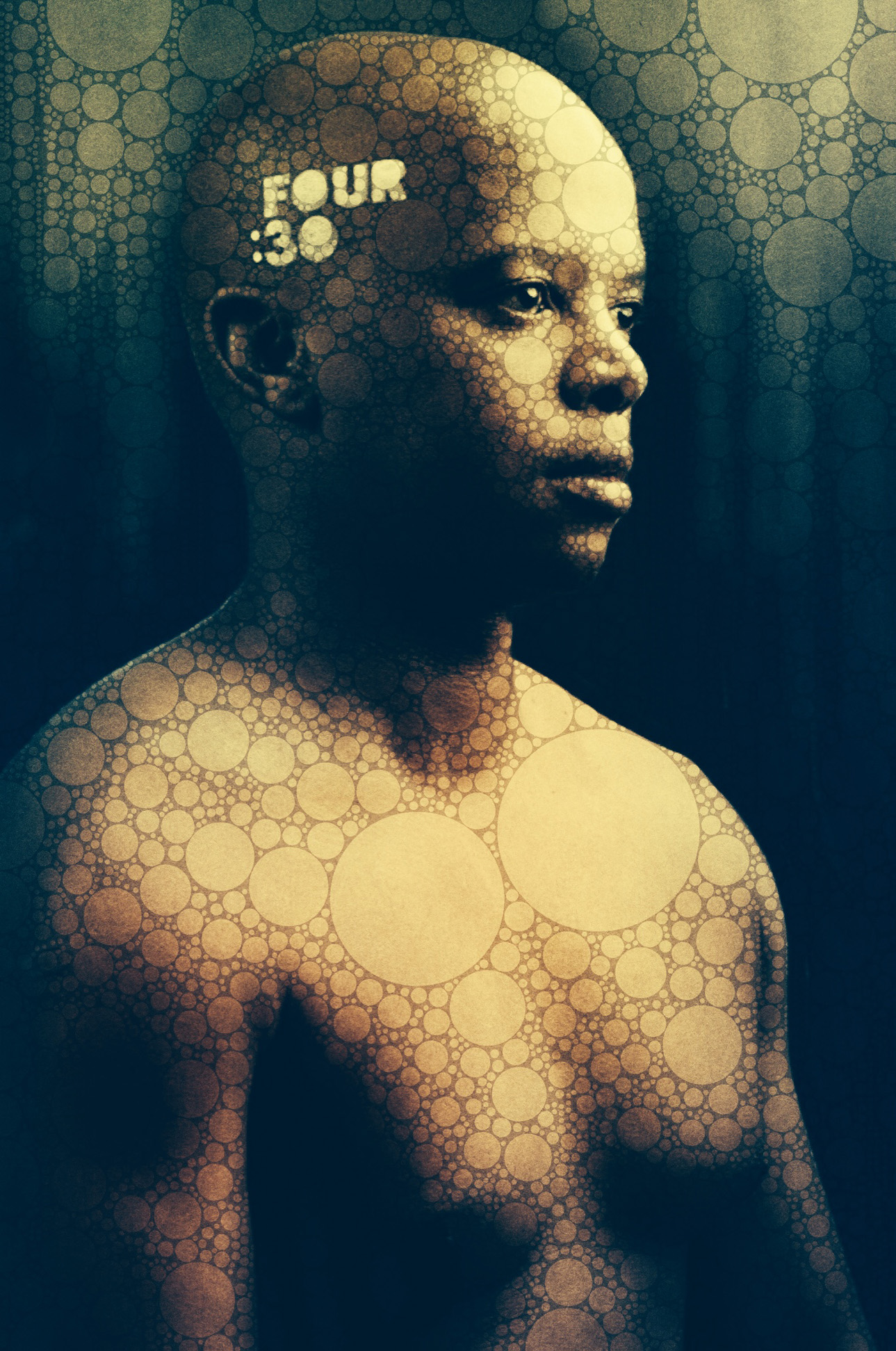 Four notable South African composers have teamed up with four acclaimed writers to create half hour works that are powerful and innovative, telling contemporary African stories in imaginative new ways. Presented by Cape Town Opera in collaboration with the UCT Opera School, the four new home-grown operas; The Application, Blood of Mine, Bessie: The Blue-Eyed Xhosa and Anti-Laius will be onstage at the Artscape Theatre on 25th, 26th, 27th and 28th November, 2015. This project is made possible by a R5.7m National Lotteries Commission (NLC) grant which Cape Town Opera used to fund the creation of new works and develop opera in 2015. Four:30 is also supported by Rand Merchant Bank and Business and Arts South Africa.

“We must constantly create new operas,” says conductor Kamal Khan. “There are so many exciting new singers being discovered in South Africa, but what will they sing? They should be able to sing their own stories.” “For most artists working in the field of opera, the majority of our time is spent reviving classics by long-dead composers,” adds CTO Artistic Director Matthew Wild. “So it’s a real thrill to bring a brand new work to life for the first time in collaboration with a composer and a librettist. New works are a vital ingredient in keeping the art form of opera vital and relevant.”

Patrons are invited to enjoy a different, but immersive theatre experience, in the company of world class singers where seating for this production is onstage and not in the auditorium. To add to this unique experience, R200 will buy you a ticket to the opera and cheese and wine, which will be served during the interval. Opera tickets only, are priced at R170. Tickets can be purchased online at Computicket.com as well as at all Computicket outlets.

On 26 November, professional South African Sign Language interpreters will be in attendance in order to make the performance accessible to the Deaf audience. There will also be specialised Deafblind interpreting services to ensure full participation by Deafblind audience members.

“It’s wonderful that Cape Town Opera (CTO) and the UCT Opera School are investing time, money and effort into developing a revitalised repertoire by constantly feeding it with fresh inspiration. These little ‘bonsai operas’ are a great way of appealing to new audiences and developing new voices. It is a thrilling challenge to strip opera down to the essentials: story, music and voice,” says Michael Williams, CTO Managing Director.

The wide pool of creative talents behind FOUR:30 including Director, Geoffrey Hyland (The Application and Anti Laius); Composer, Robert Fokkens (The Application); Librettist, Laurence Allan (The Application); Composer, Adrian More (Anti Lauis); Librettist Joan Hambidge (Anti Lauis), Director, Marcus Desando (Bessie: The Blue-Eyed Xhosa and Blood is Mine); Composer Angelique Mouyis (The Blue-Eyed Xhosa); Librettist, Mkhululi Mabija (Bessie: The Blue-Eyed Xhosa); Author , Wame Molefhe (Blood of Mine); Composer and Sibusiso Njeza (The Blood is mine) with the exception of Librettist Janice Honeyman (The Blood is Mine) are not usually involved in opera so they bring fresh fresh ideas to these operatic pieces. Kamal Khan conducts the Cape Town Philharmonic Orchestra, with set design Michael Mitchell, lighting design by Kobus Rossouw and costumes designed by Leigh Bishop. Sifiso Kweyama is the choreographer for Bessie: The Blue Eyed Xhosa & Blood of Mine. Orchestration by Alan Stephenson.

From the Cape of Storms to a ship wreck in the 1700’s; from the death of a famous opera singer to the troublesome process to obtain a passport, the FOUR:30 short operas proudly showcase South Africa’s finest and freshest operatic talent, setting the tone for even-greater opera performances in 2016. Don’t miss FOUR:30! Book now at Computicket.

Block Bookings
Early Bird Special
Valid on the first 500 tickets ONLY: Pay R200.00 per person for block bookings of 10 or more, on R250 price seats only.

THE APPLICATION
THE STORY
Mrs Makeleni needs a passport. Her grandson was born and raised in the UK after her son emigrated, and she has never met him – indeed, she has never left South Africa. Now she wants to travel to his wedding, and must apply to Home Affairs for her first ever passport – a process which proves rather more troublesome than expected.
The Application Director Geoffrey Hyland, Composer Robert Fokkens, Librettist Laurence Allan

ANTI-LAIUS
THE STORY
Anti-Laius reflects on violence in its different manifestations and the mythological story of King Oedipus is used to represent the strife between father and son; creative person and opponent. French history and the recent Charlie Hebdo attack form the backdrop of the story narrated by a choir and two characters. The opera reflects on the death of Deon van der Walt, the famous tenor who after his death is canonised as a tragic opera character singing for a table in heaven.
Anti- Director Geoffrey Hyland, Composer Adrian More, Librettist Joan Hambidge

BESSIE: THE BLUE-EYED XHOSA
THE STORY
We are introduced to Ngcetane. He tells us the story of how a ship got shipwrecked in the 1700’s at present-day Lambasi Bay. We are then introduced to Bessie, a young English girl, and three other men who survived the shipwreck. The Strangers are hoisted onto land and the Council of Elders call on a meeting to discuss what to do with the Strangers. One of the Strangers named Christopher is the most vocal. He tries to reason and talk to the Elders but there is a language barrier. Bessie speaks without inhibitions and she seems to understand what the Xhosa are saying. The Elders debate what to do with the Strangers but eventually agree to house them. Bessie starts becoming reclusive when she discovers a mirror and a brush that survived the shipwreck. This is the first time in years that she’s seen her own reflection. We see a transformation from Young Bessie to Older Bessie. The Great Chief, Tshomane expresses his affection for Bessie. Chief Tshomane tells the Elders that he wants to marry Bessie. The Elders are not pleased but in the end give the marriage their blessing. Christopher is not pleased with the arrangement as the Elders want him to pay lobola for Bessie. In the end, Bessie expresses how we ought to accept love, like she did, no matter the circumstances.

BLOOD OF MINE
THE STORY
In a small village in Botswana, a devoted wife, Sethunya and her macho cattle farmer husband, Ntsimane, are unable to conceive. There is huge pressure on the couple to start a family. Sethunya is accused of not being able to bear children and is shunned by the community. She prays fervently to fall pregnant. ‘Miraculously’ she falls pregnant, and her prayers are finally answered – but years later it is revealed that Ntsimane is not the father of the child. In a male dominated world, and contrary to the community’s belief, it was in fact Ntsimane who was unable to have children and not Sethunya. So who is the father of this child? Blood of Mine is a poignant story of reality, tragedy, humour and pain.