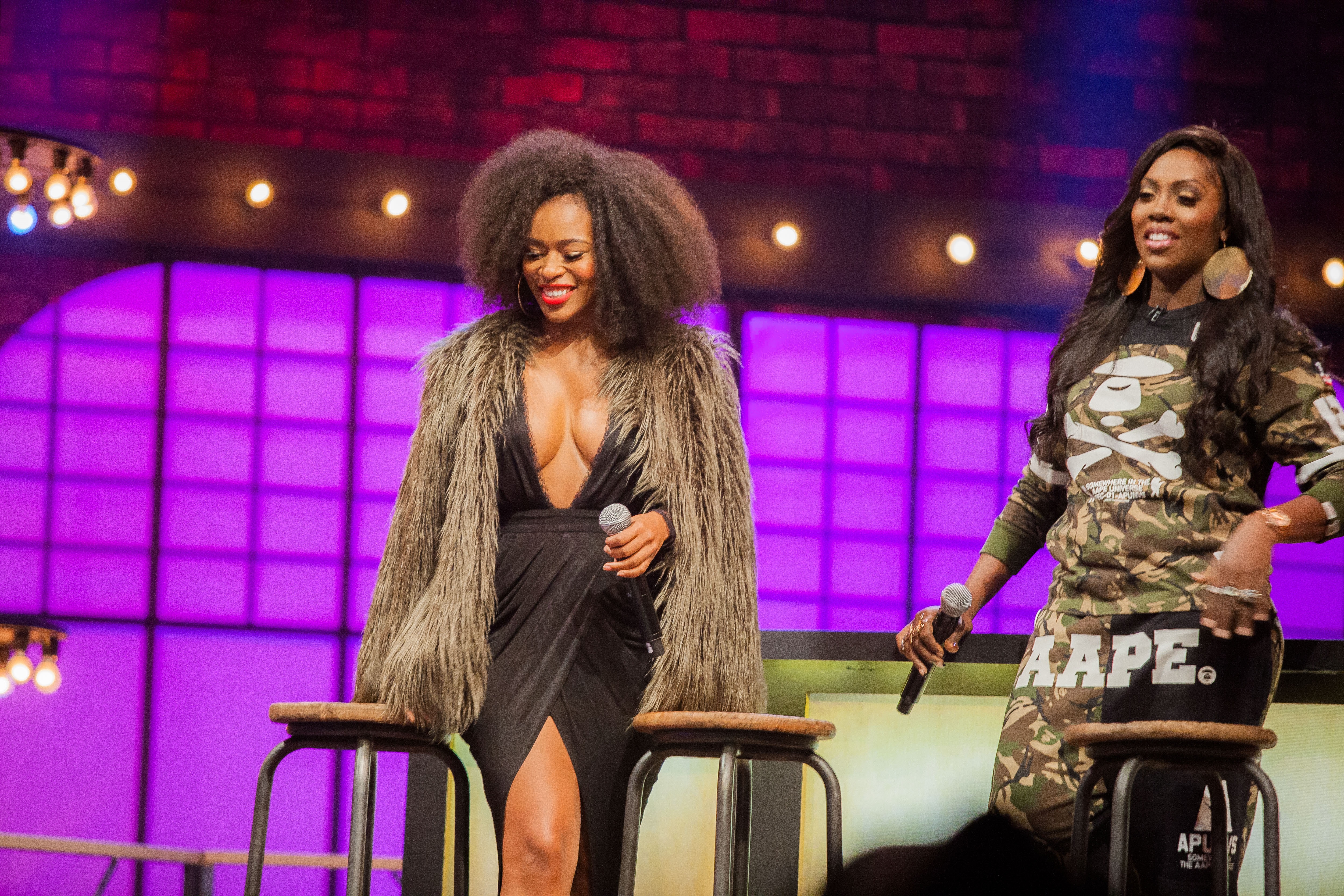 Turn up your TV sets tonight (Thursday 23 June) at 20:50 CAT as MTV delivers a pumped-up episode of Lip Sync Battle Africa featuring gorgeous Nomzamo Mbatha and Tiwa Savage. With the end of Series 1 now in sight, MTV isn’t letting up the pressure as it inspired these two talent ladies to bring it all – style, looks and attitude – to create a magical episode that will leave viewers spellbound.

Award-winning actress Nomzamo, who hails from Kwa-Mashu in Kwa-Zulu Natal, has made her mark starring in numerous TV and film productions and is prepared to take no prisoners on the Lip Sync Battle Africa stage with renditions of “Baby Love’ by The Supremes and “Roll up” by Emtee.

Hosted by Pearl Thusi and with colourful commentary from the Koko Master himself, D’Banj, Lip Sync Battle Africa is definitely not a show you can afford to miss.

Will it be Nomzamo or will it be Tiwa? Find out who will walk away with the winner’s belt by tuning into MTV (DStv channel 130) on Thursday 23 June at 20:50 CAT.