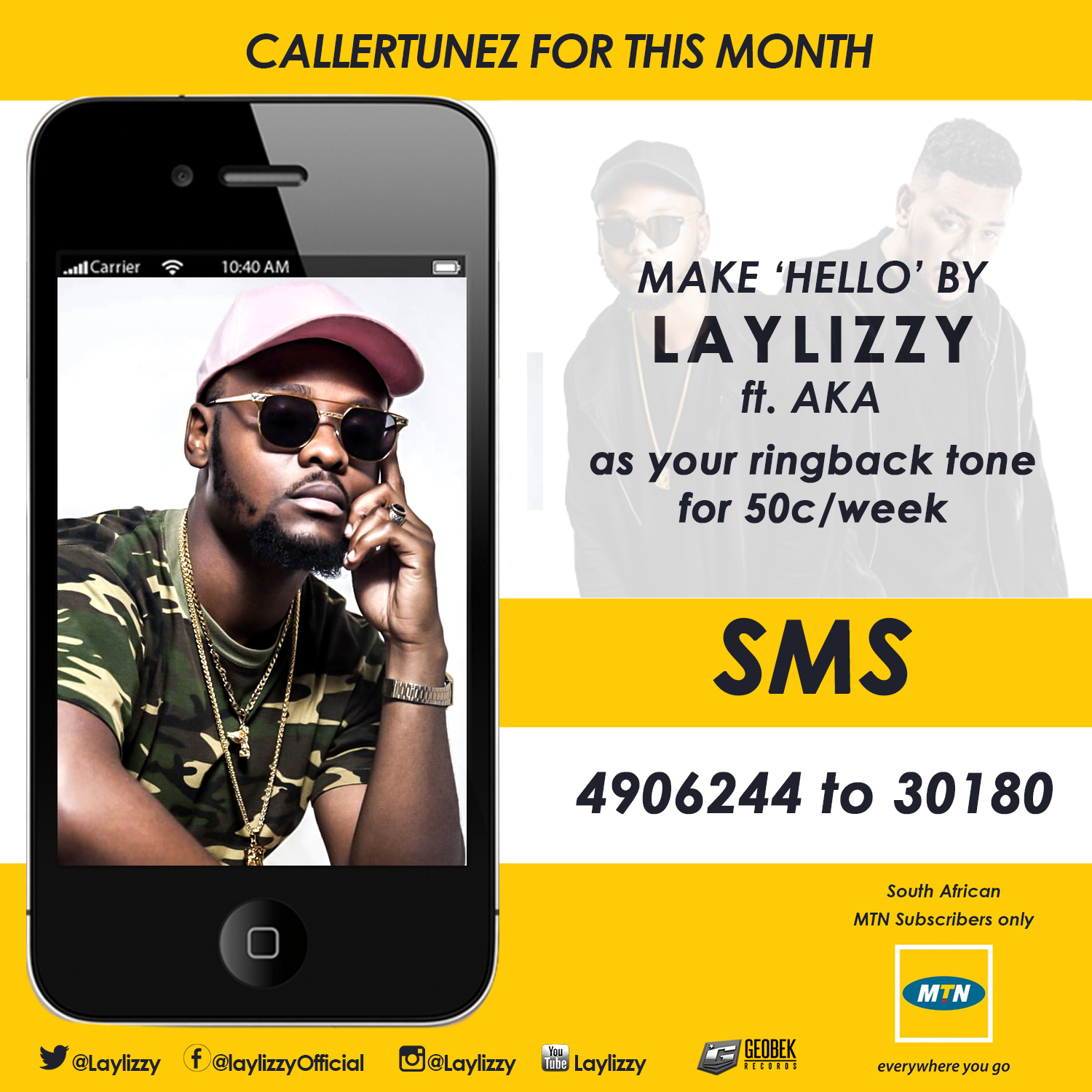 In celebration of the legacy and acknowledgement of the late father of the nation, Mr. Nelson Mandela, award winning hip hop star from Mozambique, Laylizzy is on the line-up among other African heavy weights such as Cassper Nyovest, Emtee and Riky Rick as well as Banky W, Iyanya, KCee and Runtown from Nigeria and more set to perform at the 2016 MTN Mandela Day Tribute Concert.

Mandela Day is an annual international day in honour of the legend, celebrated each year on the date of his birth, 18 July. The 3rd annual MTN Mandela Day Tribute Concert will be taking place on Saturday, the 16th of July at the Mushroom Farm Park in Sandton, kicking off all festivities at 10am.

With Graca Machel’s son, Malenga Machel being a fan of Laylizzy and more especially being a fan of his latest offering, “Hello” (featuring AKA), it is a great honour for Laylizzy to be a part of the initiative as the concert also serves as a great African platform to not only showcase his amazing talent, but also to pay tribute to the legend who made a historical impact in his country of birth, Mozambique and in Africa as a whole.

“I am proud of Laylizzy for pushing the boundaries of his music beyond Mozambique and for representing Mozambique at this amazing day. Happy Mandela Day Tata,” Malenga Machel says.

In honour of the legend, building up to the date of the concert, join the conversation on Twitter using the hashtag: #MTNMandelaDay2016 and tweet @Laylizzy and @MTNza the title of the song that you would like to see Laylizzy perform at the concert.