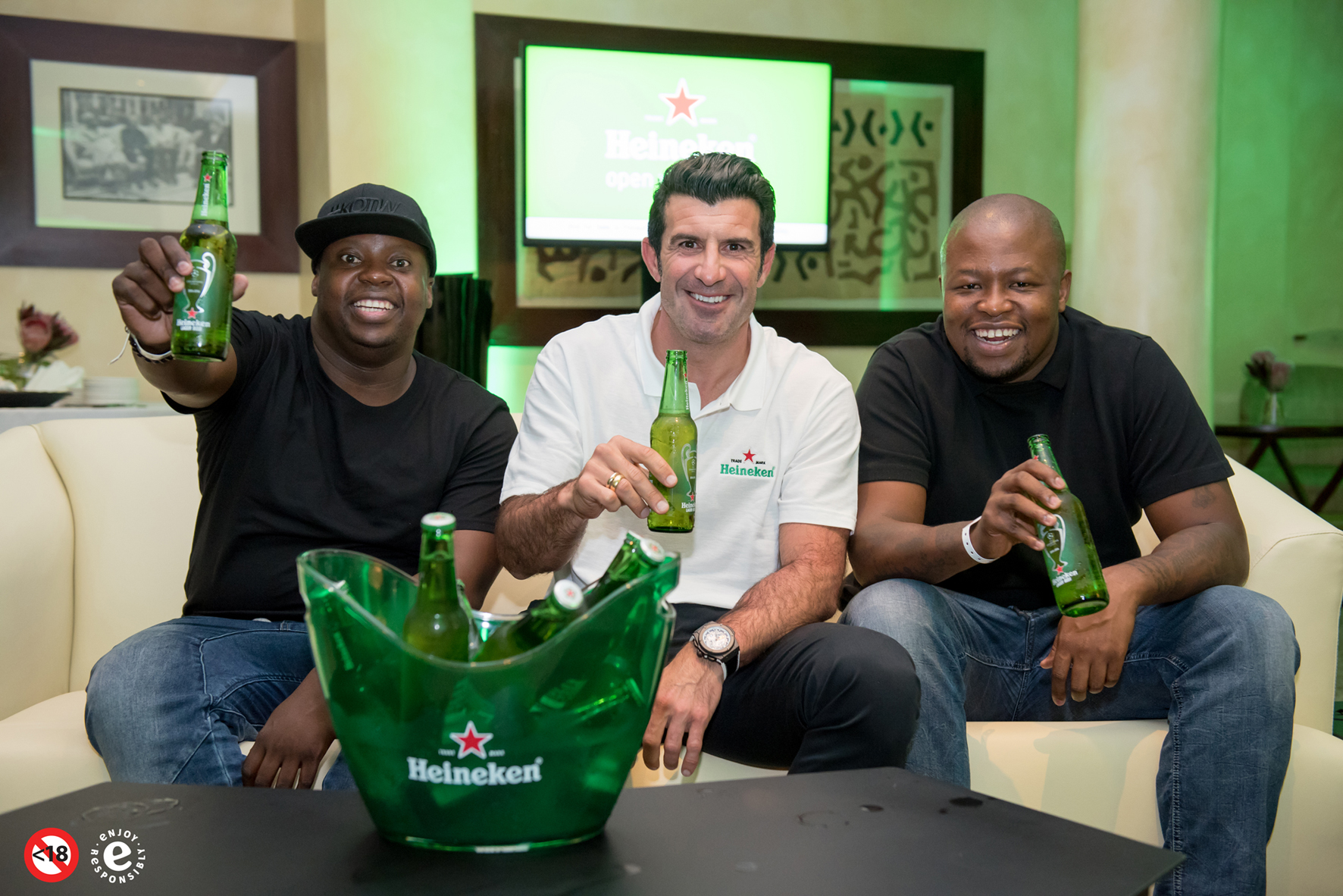 When international football superstar, Luís Figo, took his seat on the couch to watch the UEFA Champions League round of 16 Chelsea vs Paris SG match last night, Tuesday 16th, it was in our very own City Of Gold, alongside football fanatics DJ Naves and SPHEctacular.

Figo was in town for the global launch of Heineken®’s 2016 UEFA Champions League #ChampionTheMatch sessions, a live social media talk-show hosted on the @Heineken handle with the hashtag #ChampionTheMatch.

During each session, as part of Heineken®’s long-standing sponsorship of UEFA Champions League, a global superstar talks about the game and engages with fans and other international UCL legends from pre-game build up, during the action itself and into the post-match debate.

As host of Heineken®’s first global #ChampionTheMatch session, Figo shared the couch with Naves and SPHEctacular, and tweeted with South African fans through-out the night.

Some of the match night questions posed to Figo included one from Slikour, who asked Figo who had the better offence in the game. Figo responded, “Both teams have great offensive players. However, I feel like PSG will take the win tonight.” Seems he was right as PSG beat Chelsea 2 – 1 on the night.

SuperSportTV wanted to know whether PSG could carry their domestic form into Europe and win the UEFA Champions League this season. Figo replied, “PSG has built a team to do well in the UCL at least. Within the French competition they haven’t got any serious competitors anymore, so this is their main playing stage now.”

Orlando Pirates midfielder, Daine Klate asked whether Figo preferred Barca or Real Madrid. Figo said he was a supporter of Madrid – No doubt.

Tjeerd Veldhuis, Marketing Manager at Heineken® South Africa, says “Tuesday’s match night was a perfect example of how Heineken® enables its fans to up their game and celebrate match night. The #ChampionTheMatch session with Figo in South Africa was an experience, and a celebration of the beautiful game. And to up the game even further, we’re also giving fans the chance to win tickets to the UEFA Champions League Final, to win a once in a lifetime opportunity to watch a game in Milan, Chile or Mexico with a legend like Luís Figo, and to win other awesome prizes throughout the campaign, through our win every minute of the match promotion.”