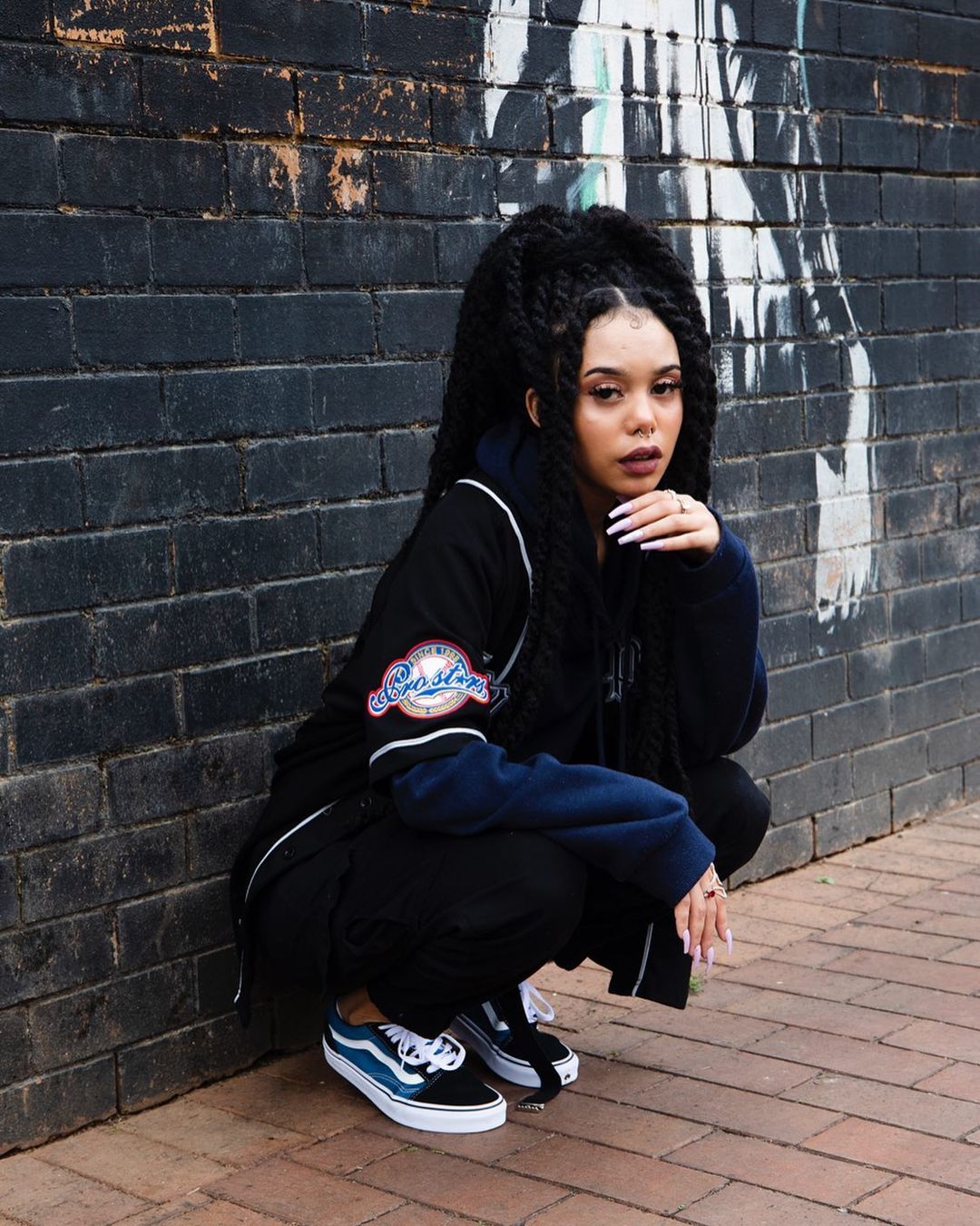 “Purple Hearts” is an exploration into hyperpop, paired with lordkez’s signature RnB flair and self-assured delivery, and it marks a new chapter for the young songwriter. The laid-back production by collaborator Sookai perfectly complements the witty delivery and soulful vocals, creating a captivating atmosphere throughout the song.

At only 22 years old, lordkez brings a level of certainty rarely found in such a young musician. Her lyrical prowess, intricate delivery and innate musical talent shines through on this exciting new offering.

Speaking on “Purple Hearts” lordkez explains:
“Whenever I do my make-up, I have my “go to” playlist that I put on to get into the mood, this is usually before I go out or need to go and do something, the combination of the music and the make-up really makes me feel cute. So, when I heard this beat it made me feel like I wanted to create a song that I could do my make-up to and feel cute about, cause I know if I would feel that way, then other girls would feel that way too, well at least I hope they would. The song is about that feeling you get when someone is trying to get your attention, but you are not interested, then they end up giving someone else attention or stop giving you attention and all of a sudden you feel like you miss the attention. Which kind of makes sense to me as a topic to sing while I’m doing my make-up.”

Elaborating on the video, the directors explain: “The idea was to shoot a video that is a visual translation of the song leaning into a slightly exaggerated expression of what “Purple Hearts” is about. It’s colourful, fun and energetic. Which are also characteristics that lordkez possesses as an artist and human being.”

Following on from her incredible Charcotta EP, which dropped late last year and received a plethora of support from the likes of Clash Magazine, The Independent, British GQ, Coeval, Hype Magazine and more, lordkez is quickly adding to her impressive catalogue and building a loyal following in both the UK and her homeland of South Africa. Having covered The Sunday Times’ Culture Supplement, lordkez saw herself spotlighted as one to watch from the growing alternative scene.

lordkez invites you to lose yourself and travel with her, through her vision of the world. With her talents being recognised globally, 2021 promises a lot more from this avid abstract artist, poet, writer and musician.

Founded in 2020, STAY LOW is a Johannesburg based Record Label and Management Company, which falls under the greater Steyn Entertainment umbrella. The multi-faceted talent label is dedicated to empowering independent artists across various disciplines, with the brand focused on creating a landscape that connects African talent to the rest of the world. Current talent includes multi-platinum and award-winning artists; Zoocci Coke Dope and Shooterkhumz, accomplished producers and artists such as Priddy Ugly, Wichi1080 and Herc, along with the likes of ground-breaking artists such as lordkez & Mars Baby, to name a few. The brand further focusses on talent across other disciplines including one of Africa’s most accomplished Dancers in Bontle Modiselle, and award-winning Head Chef extraordinaire Katlego Mlambo.