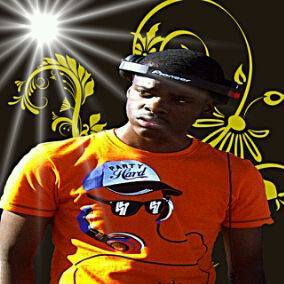 I think Durban is blessed with humble DJs. Straight after me and Sbu Romeo did the Top5 , I stalked VeliMusique to do a Top5 with him (He wasn’t ready for me) and he was more than happy to.

With VeliMusique being 1 of Sbu Romeo’s closest friends, you would expect similar Top5’s by them but nope, 1 is not a clone of the other – the truth is in the music.

This Top5 is a little special, VeliMusique included a mix of his Top5 songs. Click here to download his mix and check his story is below.

Tribe Quest is a 17 year old upcoming producer from Durban, 1st time hearing this song was last year, I was like kid is this your track for real and I couldn’t believe that it’s his song and I told him that this is the next big tune! Guess what, the song caught the legendary Rocco’s attention and he won “Who Wears The Crown Competition on Metro Fm” January this year on Oskido’s show. One thing that I like the most about this song is the way keys nailed on progressive deep melodies and a polite baseline, it makes the track to be solid. The song will be out soon on Funkdeepster’s upcoming compilation “Let’s Play House Vol 2”.

2. Gabbana Da Deejay – What It Might Do To Us

This is one of the songs that I always play on Sundays and its one of my favourite tunes. I like the down tempo feel on it and the tech elements combined, I heard this song for the first time on a podcast called Quid Pro Quo (You Hustle My Game, I Hustle Yours) by my friend Ngumzeen and funny thing is that I tried to use an app called Shazaam to get the title but I couldn’t get it because the song was unreleased back then, so Ngumzeen helped me, the song still goes in hard.

Una’s voice just blessed this song and is one of the reasons I love house songs. When I’m deep in thought I play this tune, well arranged and everything is perfect about it.

Roque is like GOLD in House Music, I can’t imagine House Music without Roque! This is one of the songs that I like to play when I’m doing sunrise sets in clubs. Progressive Deep Tech at its best, the song was out on Enosoul’s compilation called ‘In2Deep’, released last month.

Well Mali is gifted! That’s all I can say, this tune is simple and progressing, its a drive track, first time I heard it I thought maybe Mali sampled TekniQ from (Gemini Boys) or Ta-Ice from Room38Music but nah its his own production, this song will be out soon make sure to keep an eye on it! Love,
Bless & Joy!

1 thought on “Top5 by VeliMusique”