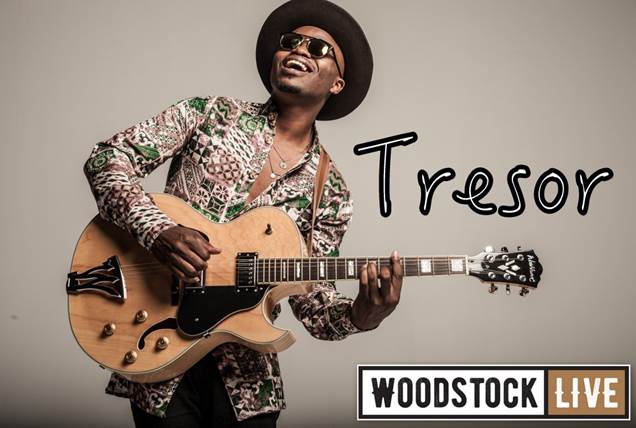 Johannesburg, Friday, 18 March 2016 – Multi-platinum award-winning songwriter and soul singer, TRESOR, is set to perform at Woodstock Live this Sunday, 20 March 2016, at Trafalgar Park in Woodstock, Cape Town. Gates open at 13:30 and tickets range from R80 to R120 pre-sold and R130 at the gate.

“I am extremely excited to be sharing my music live with my Cape Town fans especially since it’s been many years since I last performed there. It will also be the first time sharing songs from my debut album live in Cape Town. It’s going to be a super memorable show!” expresses TRESOR.

TRESOR’s performance at Woodstock Live will come after he recently opened up the AFI Mercedes Benz Fashion Week Joburg, with a perfect fusion of fashion meets music performing his hit single, Never Let Me Go.

TRESOR’s hit single, Never Let Me Go, garnered him a Metro FM Music Award (#MMA15) nomination for Best Remix where he was nominated alongside Kelly Khumalo for “Asine”, DJ Slique for “DLID”, Emtee for “Roll Up Re Up” and AKA for “Baddest”. TRESOR also received a Best Styled Artist nomination for the #MMA15 which was a very relevant nomination for TRESOR who is known for his bold, distinguished and unique fashion style.

TRESOR forms part of the Top 10 most played local artists on radio in 2015 which is a phenomenal achievement for a breakout artist. 2016 has already kicked off on a high note for TRESOR with his music on high rotation on radio stations across the country. His latest single featuring The Kifness, Evergreen, is proving to be a fan favourite and is already on numerous charts. Evergreen is currently sitting at number #5 on the Heart FM #HeartSATop10 chart.

Connect with TRESOR on social media to view highlights of his Woodstock Live performance this weekend.