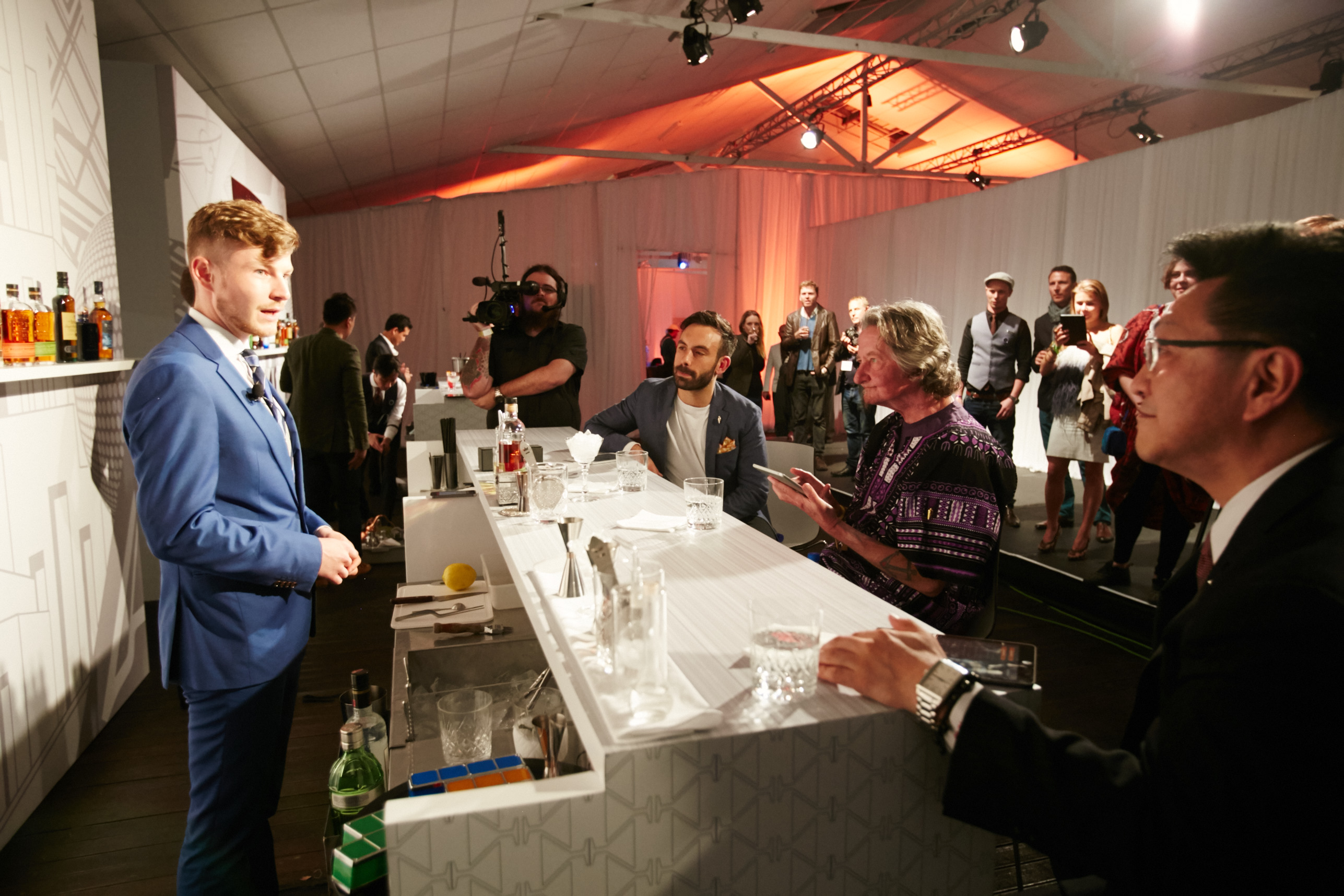 Cape Town, September 2 – The 54 contestants vying for the title of World Class Bartender of the Year 2015 had a full day of challenges on Tuesday, and they pulled all the stops to impress the judges and secure a spot in the final six, to be announced on Wednesday.

The “Against the Clock” challenge was popular with spectators throughout the day; many referring to it as the “make or break” challenge. Given just 10 minutes to produce between 5 and 10 cock-tails (most bartenders went the ambitious route and aimed for 8 or more), contestants had their speed, creativity and ability to keep a cool head in heated circumstances on trial as an excited crowd cheered them on.

Domenico de Lorenzo was introduced during the pressure test as the “Hope of South Africa”, and the crowd was in agreement as they cheered him on. To the rousing tune of the William Tell Over-ture, Dom finished with a flourish and was surprised to discover he still had 40 seconds on the clock. In true South African fashion, he offered the judges another round.

Food was a hero in many of the day’s cocktails, but the trend was not limited to food pairing (en-compassed by the “Street Food Jam” challenge) – it was more often a matter of incorporating food into drinks.

The “Day and Night” challenge saw competitors use everything from egg yolk to artichoke garnish to crispy chicken skin to perfectly capture the dramatic differences between sun up and sun down, while the “Around the World” room saw such rare delights as ham-infused white chocolate, pine-apple marinated in Ron Zacapa as garnish and the use of roasted corn to strain Bulleit Bourbon.

“Around the World” is a challenge designed to test each contestant’s ability to infuse two cocktails with a sense of adventure and culture – they must create one drink embodying their home coun-try and another representing South Africa.

South Africa’s diverse history allowed the competitors to explore various aspects of the country’s history, such as the indigenous Xhosa tradition of smoking herbal infusions as a social norm to more modern traditions (a cocktail served in a potjie pot).

Dom de Lorenzo honoured his home country with the “Tokolosh”, made in homage to a man who used to work for his parents – a Sangoma who would entertain him with stories of fortune telling. Dom combined Ron Zacapa with lemon juice, and the traditional non-alcoholic drink Mageu Mageu, made from fermented mealie pap. To end off his cocktail showcase, Dom enacted the tra-ditional Sangoma “throwing of the bones” ceremony with the judges, reading their fortunes to suggest his own success in the World Class competition.

The master distillers behind the Diageo Reserve portfolio of luxury spirits also had a chance to shine with Bob Nolet (11th generation master distiller of Ketel One), Lorena Vasquez (maker of Ron Zacapa and one of the few female master distillers in the world) and Tom Bulleit (pioneer of Bulleit Bourbon and Bulleit Rye) sitting down in intimate sessions to share their passion for craftsmanship and quality spirits.

After another day of challenges on Wednesday, the top six World Class finalists will be announced. On Thursday they will go head to head in the “Cape Town Shakedown” challenge in which they must create their own pop-up bar representing their personal vision of “the world’s best bar”.
The World Class Bartender of the Year winner will be declared on Friday at a grand ceremony taking place at Cape Town City Hall.