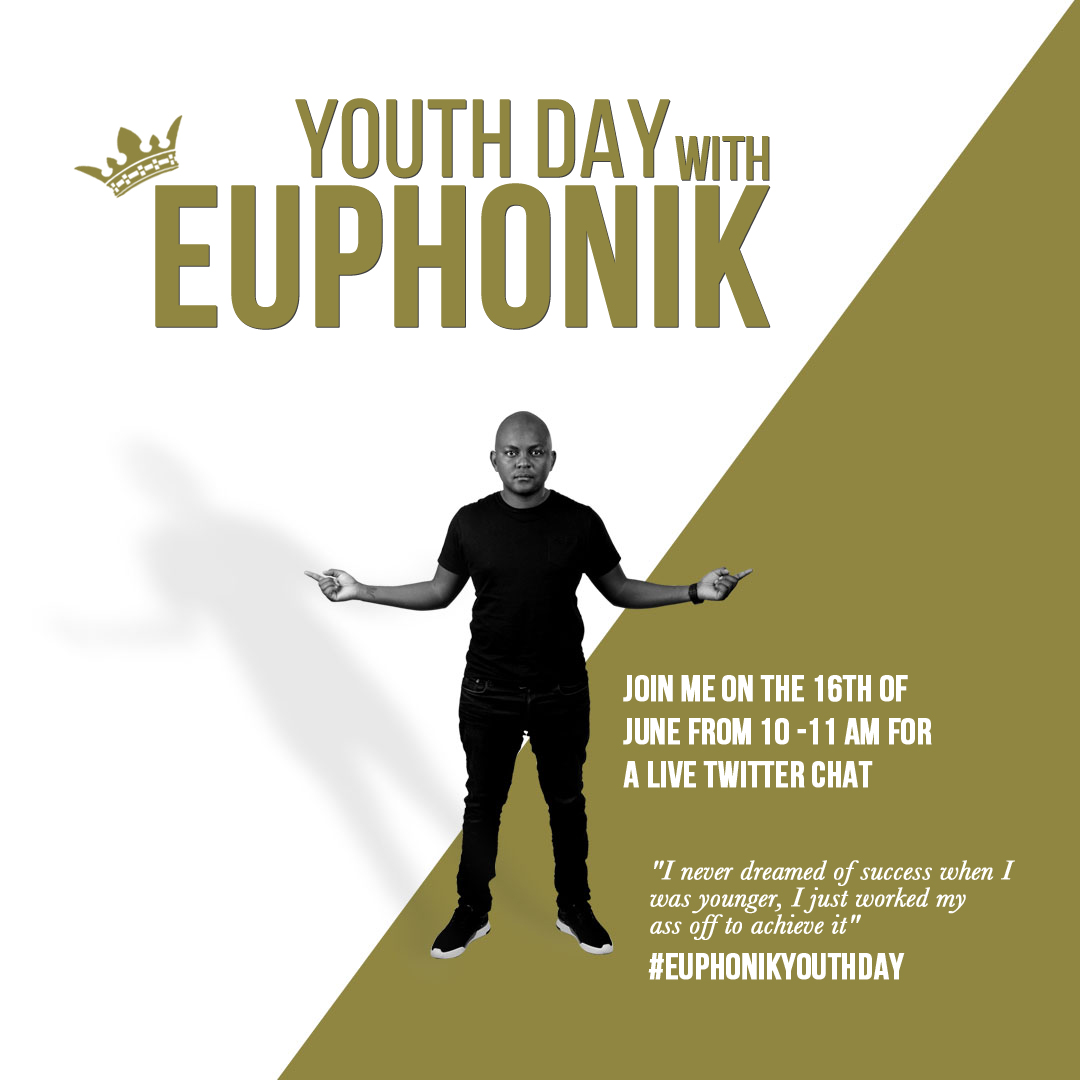 Join Euphonik For A Live Chat

Euphonik is inviting South Africa’s youth to take part in an hour-long Twitter Q&A on Youth Day, 16 June 2016 from 10-11 am, in which he will open up on an inspirational-yet-realistic, conversation topic – “If you think it you can achieve it”.

Explaining his reasoning behind this Youth Day focus Q&A, Euphonik explains that “youth are the ones to watch, the ones with the most potential.“

“South Africa, by way of our cultural experiences, has the most diverse youth in the world. Looking at the possibilities, opportunities, and capabilities these kids have, is just incredible,” says Euphonik, “So long as we continue to have open, honest and caring conversations we can take our country higher.”

In the Q&A, Euphonik wants to open up a conversation that will inspire young people to act on their opportunities and start their journey today.

Along with inspiration, Euphonik stresses that one has to work incredibly hard in order to succeed. While having been a key figure in the music industry for over 10 years – in which he has performed with top DJs around the world – Euphonik knows what it takes to succeed, and still feels if his own journey has only just begun.

About Euphonik
Themba Mbongeni Nkosi, Euphonik, is a South African DJ, music producer and radio presenter, mostly known for his House Music. Some of his top achievements include his 5FM Top 40 no.1 hit single Cool and Deadly with Nyanda and DJ Fresh and Metro FM Award for Best Compilation Album for The Love of House Vol.5.

In 2015 he was nominated for both Metro FM Music Awards’s Best Compilation Album as well as for Song of the Year.

In December of the same year, Euphonik released another hot single Don’t Wanna Be Your Friend featuring Mi Casa. The single was among the top three on iTunes and became the 2015 Most Shazamed song in South Africa and No.1 most played song in the country. Euphonik has recently just released a remix of Nasty C’s trending single ‘Hell Naw’.

Euphonik also has a weekly show on 5FM, called My House.