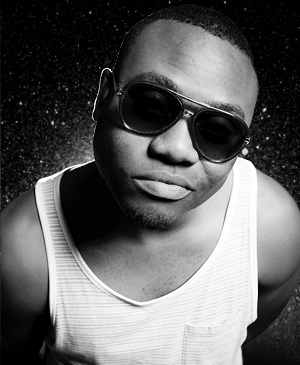 Saturday, 7 March 2014 saw the launch of Sprite Uncontainable’s talent search, which is making its way around the country, in search of South Africa’s most refreshing Hip-Hop talent in emceeing, graffiti and dance.

Assisting Sprite in finding these talents are judges Reason, an acclaimed rapper; celebrated graffiti artists Mars; and Simba, who has been instrumental in the advancement of dance as an element of hip hop as a dance genre in South Africa.

“I believe in the saying that anyone who breaks through a ceiling should send the elevator back down for the next person. As one of the judges of Sprite Uncontainable Refreshing Like That, I am thrilled to have the opportunity to help find South Africa’s next unsigned talents” says Reason.

Reason started his career in Hip-Hop cyphers and rap battles which gained him the recognition from DJ Fresh who invited him to record jingles for his breakfast show. Reason has gone on to release a number of hit singles and has been nominated for multiple awards.

“Having taken part in many competitions myself, I believe that it is important to involve yourself in the things that you love. I am excited to be part of Sprite Uncontainable as it is aligned to my passion of graffiti” says Mars.

Mars has been lauded for his technical skill and creativity when it comes to his diverse artwork. His graffiti has been featured in cities such as Paris, London and Maputo and has won him awards such as Best Graffiti at the South African Hip-Hop Awards.

Simba started dancing in high school and managed to use his passion to further advance dance in South Africa through the Masters of Rhythm dance competition and TV show which he was the architect of. He has worked with international acts such as Missy Elliot and Akon and uses his experiences to inspire and advise the youth who aspire to be like him.

“I am excited to re-join the search for new talent” says Simba. “I will particularly be looking at skills and overall ability to entertain the audience” he concludes.

For more information, visit www.spritesa.co.za and join the conversation on social media using #RefreshingLikeThat and #SpriteHipHop.

About The Coca-Cola Company

The Coca-Cola Company (NYSE: KO) is the world’s largest beverage company, refreshing consumers with more than 500 sparkling and still brands. Led by Coca-Cola, one of the world’s most valuable and recognizable brands, our Company’s portfolio features 20 billion-dollar brands including, Diet Coke, Fanta, Sprite, Coca-Cola Zero, vitaminwater, POWERADE, Minute Maid, Simply, Georgia, Dasani, FUZE TEA and Del Valle. Globally, we are the No. 1 provider of sparkling beverages, ready-to-drink coffees, and juices and juice drinks. Through the world’s largest beverage distribution system, consumers in more than 200 countries enjoy our beverages at a rate of 1.9 billion servings a day. With an enduring commitment to building sustainable communities, our Company is focused on initiatives that reduce our environmental footprint, support active, healthy living, create a safe, inclusive work environment for our associates, and enhance the economic development of the communities where we operate. Together with our bottling partners, we rank among the world’s top 10 private employers with more than 700,000 system associates. For more information, visit Coca-Cola Journey at www.coca-colacompany.com, follow us on Twitter at twitter.com/CocaColaCo, visit our blog, Coca-Cola Unbottled, at www.coca-colablog.com or find us on LinkedIn at www.linkedin.com/company/the-coca-cola-company.