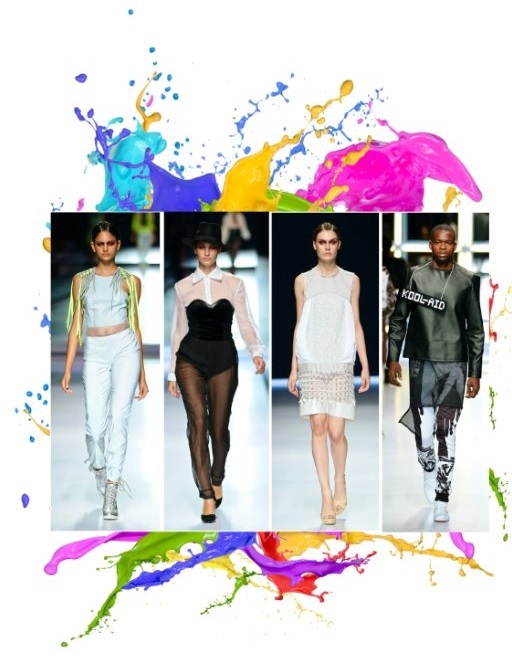 ON THE RUNWAY TO SUCCESS.

The AFI Fastrack™ winners – Jessica Ross, Naazneen Kagee, Rich Mnisi and Tuelo Nguyuza – were announced earlier this year at Mercedes-Benz Fashion Week Joburg, where the 10 finalists were pared down to just four winners.

Since then, under the tutelage of leading established South African designers, Jessica, Naazneen, Rich and Tuelo have been hard at work – training in business acumen, merchandising and design techniques in order to create their own commercial capsule collections – in a bid to win the final, coveted accolade of AFI Young Designer of the Year 2014.

For MBFWAfrica, the winners will each have to present their own AFI Fastrack™ Private Autumn/Winter Womenswear Capsule Collection. Using pre-determined colour & trend forecasts, the promising young designers have each been tasked with creating an eight-piece line that is innovative, creative and commercially viable.

In addition, the challenging brief demands that they design high-fashion garments that are both affordable and internationally on-trend, which exude sophistication and appeal to a broad target market at the same time.

The young designers’ business sense will also be held up to scrutiny as they are each expected to present a one-page Marketing Plan, line sheet and costing sheet to determine the commercial appeal of their collection.

“We are aware that the assignment given to our Fastrack™ winners is a considerable one but we believe that each of them is more than up to the task. When the AFI Young Designer of the Year 2014 is announced, they will have proved, beyond doubt, that they are ready to enter the big leagues of the fashion industry.” adds Sizwe Nzimande.

AFI can confirm the following design inspirations from the four competing designers:

The AFI Young Designer of the Year 2014 award will be presented at the annual Africa Fashion Awards on 2 November, with one of the four also walking away with a R 10 000.00 cash prive from AFI, a design masterclass from Mercedes-Benz a full trends and colour resources for 2015 from Dystar- Colour Solutions International and an opportunity to launch their Brand at Mercedes-Benz fashion week Cape Town or Johannesburg under AFI Next Generation Showcase.