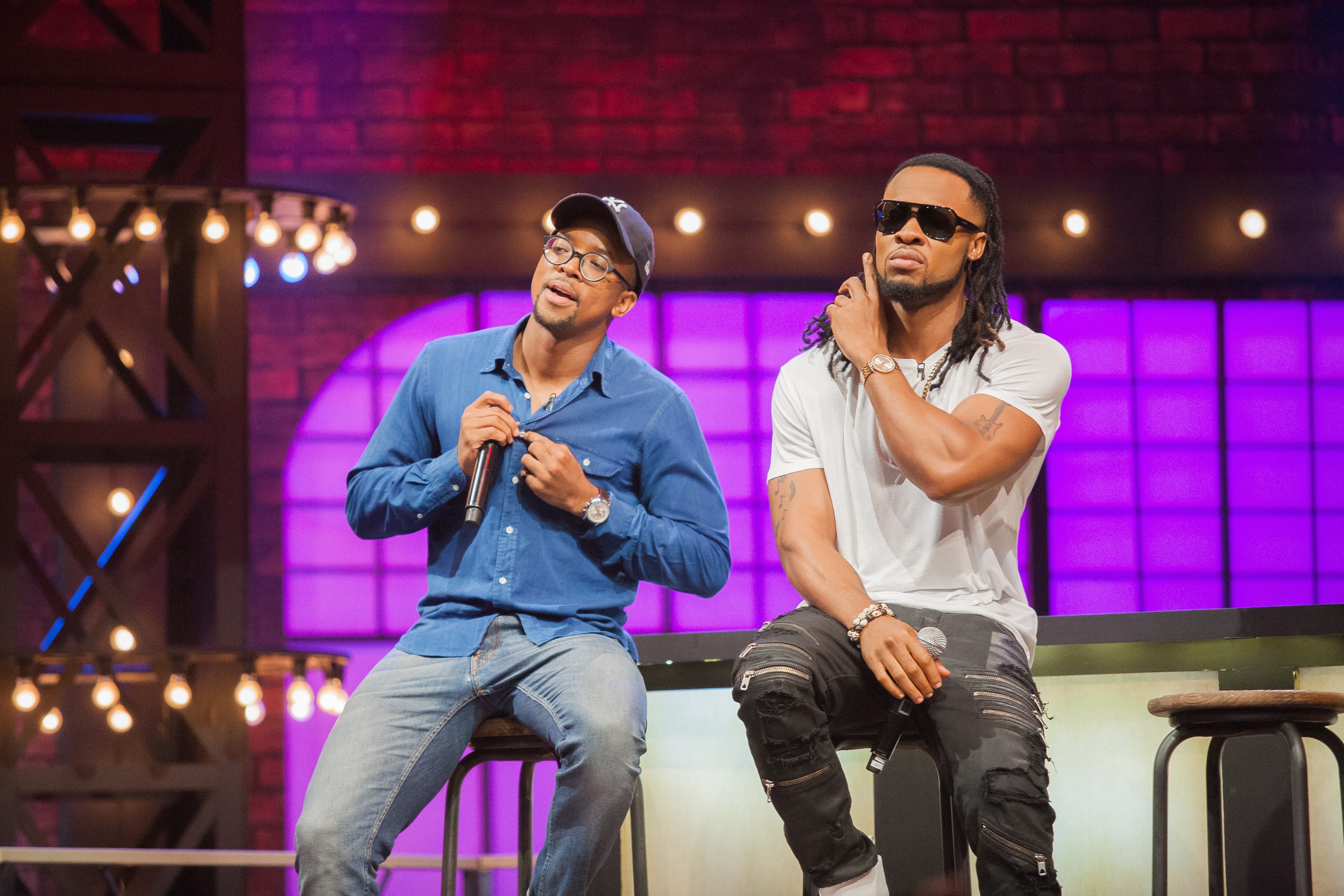 Johannesburg, 29 April 2016: As Lip Sync Battle Africa enters its fourth week, MTV is rolling out its big hitters in the most intense, testosterone-packed face-off yet: Nigerian superstar Flavour and actor and TV star Maps Maponyane are the latest celebrities to shrug off their inhibitions, let their hair down and get their guns out for Lip Sync Battle Africa (MTV, DStv channel 130, 20:50 CAT, 5 May 2016).

The two finely-honed heartthrobs rise to the occasion, getting the most out of the comedy format as they posture, preen, and show off their abs, while dissing each other in comic mockery. Even D’Banj gets in on the act, eager to demonstrate his own sex god status, appearing with his shirt unbuttoned to the navel in a bid to counter the threat of the two warring idols.

Commented Maps, “It was a great to be a part of Lip Sync Battle Africa and it was awesome how we added our African flair to it all. The experience couldn’t have been better; it was dope to step out of my comfort zone and do those kind of performances, and even better in front of a crowd to feed off. Flavour was a tough competitor as he is such a big music star across Africa, but I just opted to try and compete, by talking a big game. All-in-all we both had a really good time hope the people at home enjoy the show.”

Added Flavour, ‘I was so please when I found out I was going to appear on Lip Sync Battle Africa. I am used to singing and performing live so lip synching was a new experience for me. The best word to sum up this experience for me is F-U-N! I really appreciated the support and energy of the audience and the awesome hosts Pearl Thusi and D’Banj. My competitor was on his A-game and I enjoyed going head to head with him; I am sure audiences will enjoy our Lip Sync Battle.”

Tune in to Episode 4 of Lip Sync Battle Africa on MTV (DStv channel 130) on Thursday 5 May at 20:50 CAT to find out who takes home the winner’s belt and the biggest bragging rights on the planet.

For more information on Lip Sync Battle Africa, visit MTV, MTV Base or ETV, like us on Facebook atMTV ZA, MTV Base or e.tv, and chat with us on Twitter @mtvafrica, @mtvbasesouth, @lsbafrica and @etv, using the hashtag #LSBAfrica.