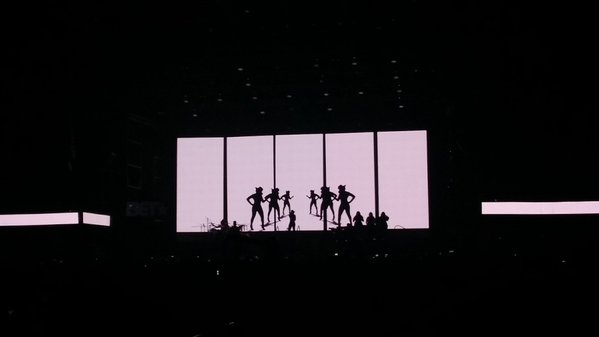 There was quite a number of task to get through when you arrived. To break it all down briefly, there was a stage that hosted music and fashion, a PlayStations area for gamers, a sneaker exchange area to buy, order or clean sneakers, a grooming section for men, a makeup section for women and another section that did their nails for free. Cars were drifting in the background and people were invited to participate (I kid, they were invited to sit in the cars as they drifted) and finally, you could compete in Jeep competition.

There was a celebrity basketball match that took place and a comedy show. Didn’t enjoy the comedy show because the venue was hot and the sound was bad. There was a way to get through most of the events but it was tricky, you had to have a good plan.

Soon as 6pm struck, everyone headed into The Dome. I won’t touch on Diamond Platnumz and Flavour because masses of the crowd moved outside when they were performed and I was busy but from what I could hear inside, they didn’t receive an amazing reception. It was only when AKA got on stage that things lightened up. He brought back the crowd and everyone was excited again. Young Thug followed after, it was going to be another let down, considering AKA came with a band, Young Thug performing with a DJ and taking a break after each song to tell the DJ what song to play next made it feel like he was unprepared. This slowed down the energy again until Raphael Saadiq came on stage. Now Raphael Saadiq probably had the best musical performance in my opinion. Whether you knew the song or not, you still found yourself dancing along. He got the crowd going again, as Mary J. Blige would follow with a highly energetic performance, she was also what most people were waiting for. So many people in the crowd sang along, it was such a beautiful sight. Ending things off was Maxwell, what an amazing performance, the attention to detail, precision for each movement, everything was surgical, if I might say. Maxwell had a really good performance,

The BET Experience Africa was really something else, not something we’ve become used to but something I enjoyed.