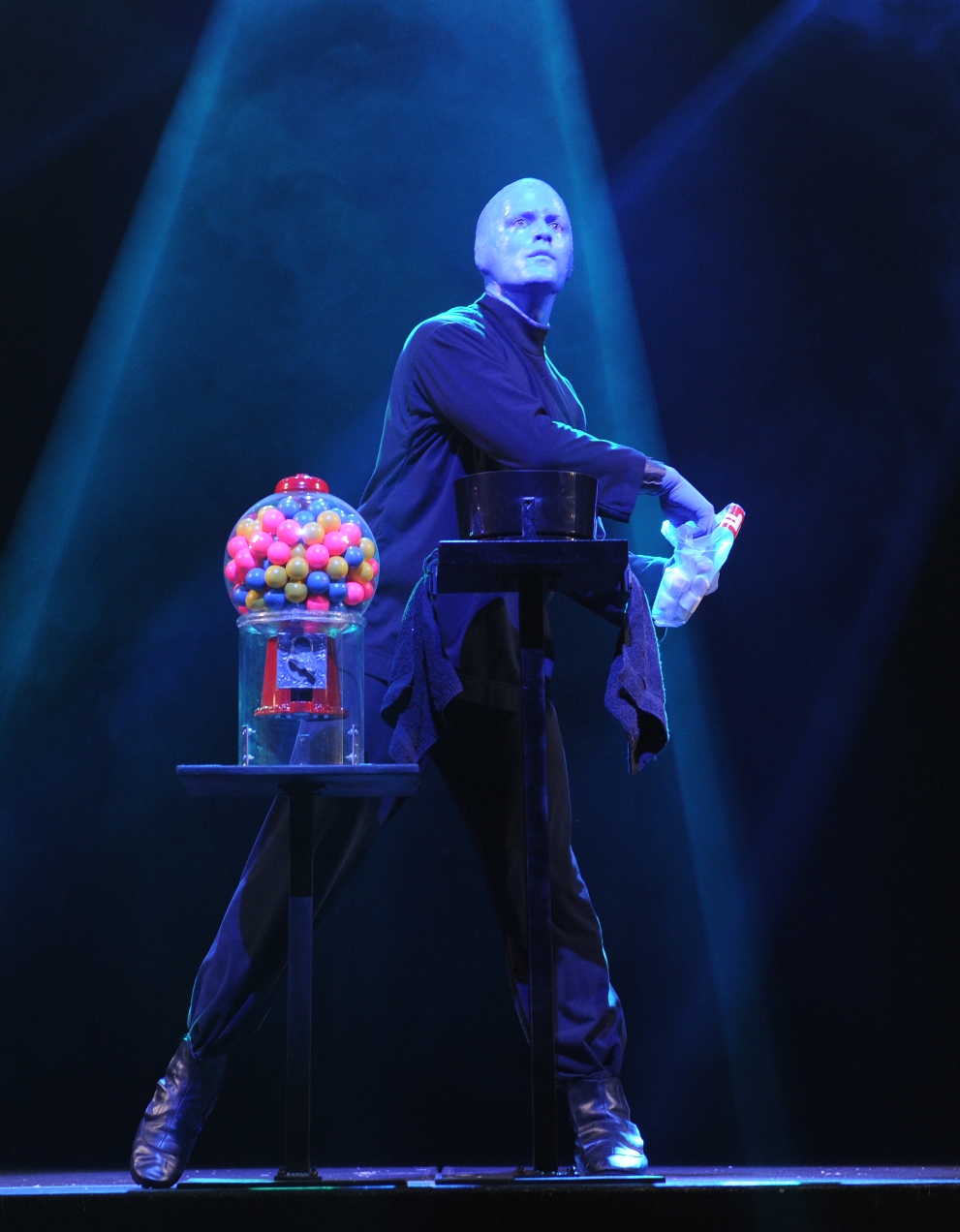 Big Concerts International is thrilled to announce that BLUE MAN GROUP the wildly popular, award-winning global phenomenon will be visiting South Africa for the first time as part of a new World Tour from February – March 2017. The acclaimed stage show, best known and recognised for its trio of bald and blue performers, will be coming to Cape Town and Johannesburg in 2017.

BLUE MAN GROUP is comedy, theatre, rock concert and dance party all rolled into one. To date, over 35 million people in more than 15 countries have seen one of the various BLUE MAN GROUP productions.

Co-founder Chris Wink says, “When we first began creating performances centred on this innocent, curious character called Blue Man, we never dreamt where he would lead us. We are so honoured to be able to share our show with the people of South Africa and beyond. We believe the Blue Man’s universal message of joyful exuberance and euphoric celebration resonates within all of us.”

CEO of Big Concerts, Justin Van Wyk said “BLUE MAN GROUP is hugely popular around the world – first time audiences often leave the theatre so exhilarated by the show that it has one of the highest return businesses of any theatrical event. We know it will be the talk of Johannesburg and Cape Town when audiences finally get to experience this innovative, playful and colourful spectacle.”

General Manager – Glenn Joseph commented “We are very excited about welcoming the Blue Man Group to the Teatro, Montecasino. I was blown away by this extraordinary production in Las Vegas a few years ago – the entertainment value is priceless. I know our theatre goers will love this sensory experience.

BLUE MAN GROUP creates experiences that defy categorisation, taking the audience on a journey that is funny, intelligent and visually stunning. All this culminates in the trademark Blue Man Group finale – a blissful party atmosphere.

BLUE MAN GROUP is accompanied by a live band whose tribal rhythms help drive the show to its unforgettable climax.

BLUE MAN GROUP was founded by three close friends Chris Wink, Matt Goldman and Phil Stanton in New York in 1991. Since the group’s inception it has grown to include permanent shows in Las Vegas, New York, Orlando, Boston, Chicago and Berlin, as well as a North American Tour and a World Tour. Beyond the stage show, BLUE MAN GROUP has toured the globe with the ‘Megastar World Tour’ rock concert parody, produced multiple albums, including the Grammy-nominated Audio, and the recently released THREE. They will publish their first ever book, Blue Man World, in October 2016.

Van Wyk adds, “With no spoken language BLUE MAN GROUP is perfect for all ages, languages and cultures. It gives everyone the freedom to reconnect with their inner child, to re-experience mischievousness, sheer joy and to see what fun three guys can have with 30 litres of paint and 120 marshmallows in the space of an hour and a half!”

Bookings: From Big Concerts and Computicket at 9am Friday 27th May 2016