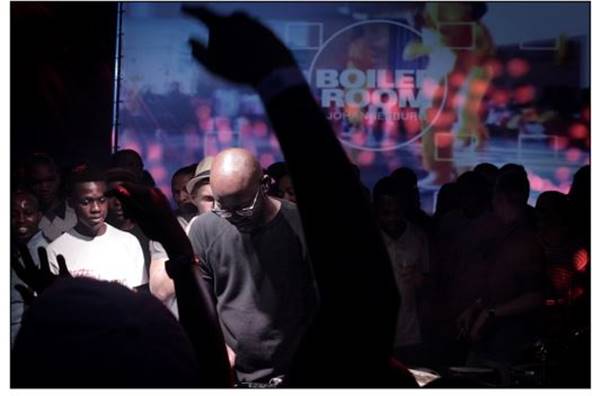 The world’s leading underground music event saw over 600 house-music fans from all walks of life partying until midnight. Key to the show’s format is its live broadcast to a global audience via Boilerroom.TV/StayTrue.

Hundreds of thousands of people watched the show live from 141 different countries, with 15% of viewers coming from South Africa alone.

As with other Stay True countries around the world, Stay True South Africa culminated in the production of an online documentary, shot on location in Johannesburg in the lead up to the event.

That documentary, entitled “Stay True South Africa – A Dancing Nation” has just been released at http://boilerroom.tv/staytrue/south-africa/ and highlights SA’s house music (r)evolution as it is thrust more and more into the global spotlight.

The eight-minute film, produced and directed by Lebogang Rasethaba from Egg Films, takes people on a journey through South Africa’s house music scene. It features interviews with global and local musicians and leaders in the industry. The film explores the ideas of South African music, its genesis and evolution – and in particular the influence of dance, how it shapes and is shaped by the music our homegrown talent produces.

Says Rasethaba: “South Africa is rich with stories, many of them untold and undocumented. So to continue to discover such exciting stories through film is an honour for me; it comes with a lot of responsibility and it’s something I take very seriously.”

“When I make a song I always picture how people will dance to it” – Black Coffee
“Dance is a language. I am saying stuff with my body” – Okmalumkoolkat

“Together we spent a week in South Africa showcasing grassroots local talent broadcast from off beat locations, culminating in a spectacular tent pole live show at Constitution Hill that had the crowd going wild – both those at the event and people tuning in online.”

“The spirit and energy of the event at Constitution Hill was on another level, and the reception of local attendees was truly humbling. Stay True South Africa showcased the very best in authentic South African electronic music to the world, which is precisely what the Stay True Journeys is all about” adds Steven.

Ballantine’s is the No 1 Scotch whisky in Europe and the world’s No 2 Scotch whisky by volume, and the range sells over 70 million bottles a year worldwide. Ballantine’s has won more than 120 trophies and medals at international competitions in the past 10 years for quality, as a result of its unique richness of character and perfect balance. The range, from Ballantine’s Finest to the exclusive 40 Year Old, is the most extensive in the world of Scotch and is maintained by the latest in a tradition of Master Blenders that dates back to 1827.

From its inauspicious beginnings as a lo-fi series of streamed DJ sets and live performances from a warehouse in Hackney, London, Boilerroom.tv has gone on to become one of the world’s most popular, authentic music channels, with well over six million monthly viewers and a social community of over a million.