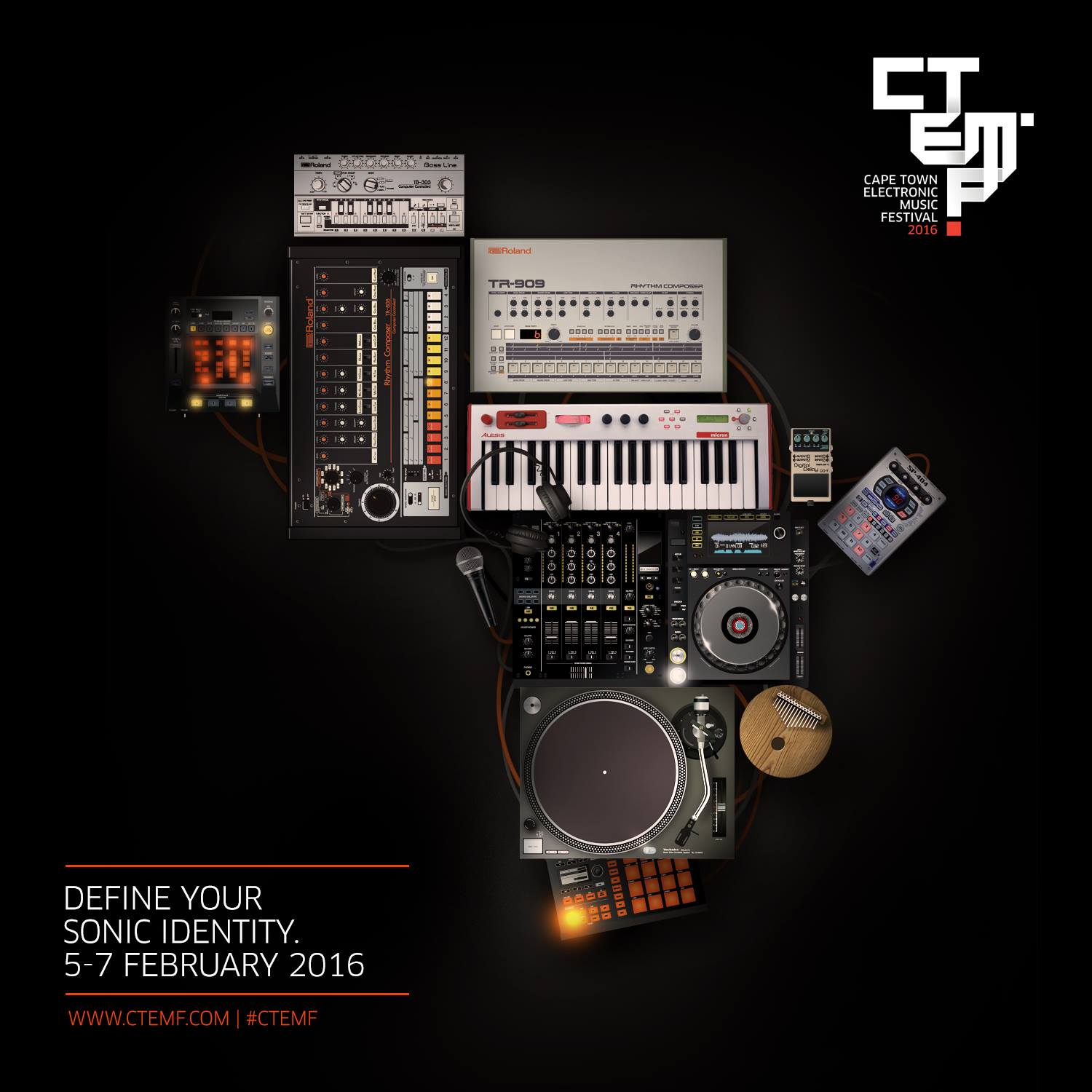 Primed and ready for the 2016 edition, the festival today presented phase one of its line-up for 2016 including Goldie, Nightmares On Wax, Harri & Domenic and Boris Brejcha alongside some of South Africa’s trail blazers and hotly tipped new talents.

Long-serving icons like Vinny Da Vinci, DJ Kenzhero and DJ Superfly will share the stage with the mold-breakers like Okmalumkoolkat, DJ Lag and Rudeboys while the more established house and techno purveyors such as Terrence Pearce and Andi Dill are billed alongside fresh talent like Adam De Smidt and Kyle Roussouw and Robin Would.

Renowned for its carefully curated line-ups, CTEMF brings together an assortment of local talent and imported luminaries to create a programme that aims to represent a cross section of South Africa’s vast, thriving electronic music industry in its global context.

The 2016 line-up will run the full gamut – from hip hop and disco to bass, house, techno and newer forms of electronic music unique to South Africa that now resonate in dance music’s capital cities such as gqom.

In addition to the main event, CTEMF will once again be hosting a three-day workshop programme ahead of the core music festival. Free and open to all, the CTEMF workshops explore the many different facets of this rapidly growing industry from the inside out.


About CTEMF
For over 15 years South Africa’s electronic music scene has been confined to the shadows of the greater global scene at large.

The CTEMF is committed to establishing the local scene on the international stage. From a genuinely ‘underground’ starting point, it has been slowly growing and has finally earned its rightful place alongside the dance capitals of the world, beautifully illustrated by South Africa being awarded Dance Nation of the Year 2015 at the recent International DJ Awards ceremony.

The Cape Town Electronic Music Festival (CTEMF) is the celebration of a scene coming of age. It marks the point at which the electronic music scene in South Africa has been globally recognized as an industry that has attaihed the state of being self-sustainable.

The CTEMF is not about how many feet pass through the door, nor booking the biggest acts to ensure radio play or getting as many ‘likes’ on Facebook as possible. It’s about communicating the ethos, passion and musical creativity that has driven the scene from its early days to its current position as a global player in the world of electronic music.