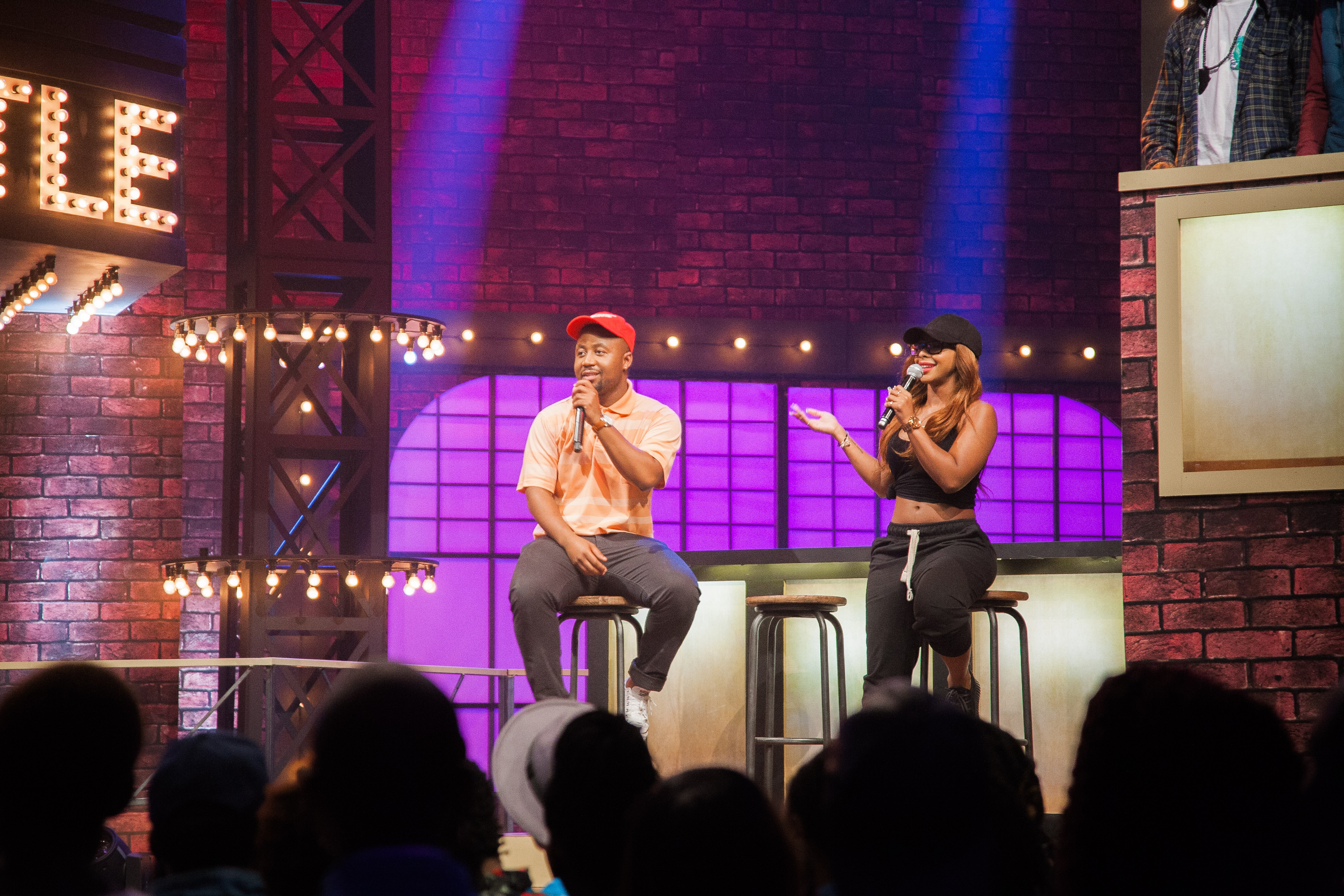 The former twosome are polishing their mics and donning the spangles for a full-on on-screen dust-up, in which the onetime pals swap kisses for disses, and love songs for lip syncs.

Commented Cassper, “I plan on having a lot of fun on Lip Sync Battle Africa. Fans can expect to see me being less serious than I’d usually be, and just truly and honestly having fun – while still delivering a good show. I honestly have no idea why MTV chose to put me in the first episode, but I’m glad because then I don’t have the pressure to follow on someone else’s performance, I get to set the bar which is cool!”

Added Boity, “Lip Sync Battle Africa takes me completely out of my element, but I’m genuinely having the time of my life. Expect to see a side of me that you have never seen before. I had no idea that the ability to freely make a fool of yourself would be so much fun! I’m really looking forward to seeing the show myself. All I know is that I had a fantastic time and I would love the opportunity to come back and do it all over again!”

Will the Refiloe rapper and the Club 808 cutie sort out their differences on the #LSBAfrica stage? And who will get to lift the inaugural #LSBAfrica trophy? Tune in to Lip Sync Battle Africa on MTV (DStv channel 130) on Thursday 14 April at 20:50 CAT to find out.

The format is also under license in more than 30 territories, most recently debuting in China, where 30 million people viewed the programme online in its first weekend. In addition, the UK version, which launched in January 2016 on Viacom’s Channel 5, averages a 21% share among viewers 16-34