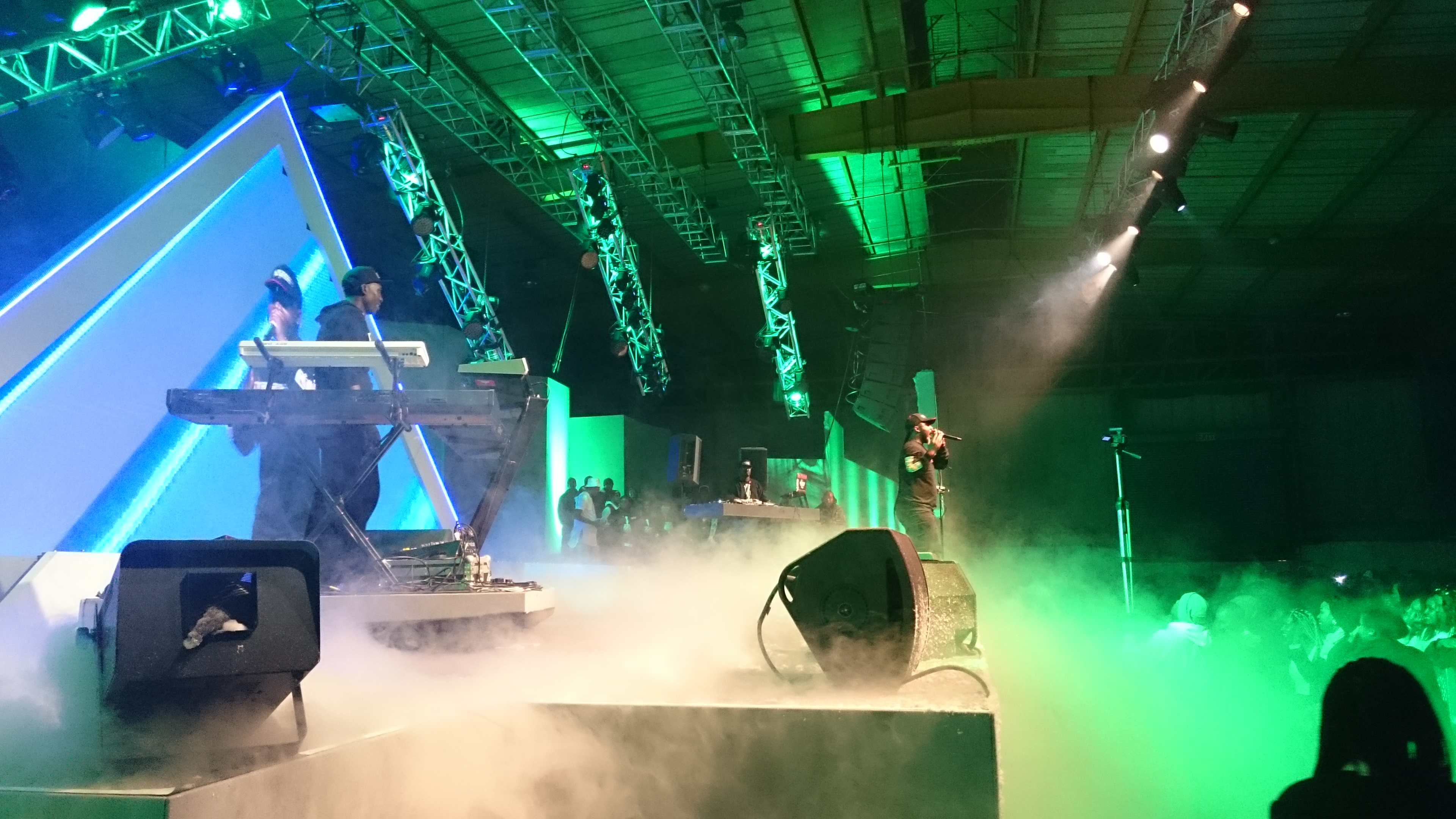 Let me get straight into it, you are reading this because you want to know what went down at the Castle Lite Embassy Event that took place in Nasrec.

To be honest, a lot happened: Pearl and NoMoozie twerked; MVD (DJ Milkshake, DJ Vigilante and DJ Dimplez) played together on 3 different stages; Sizwe entered the stage with dancers; all the performers killed it; the crowd was too awesome; we saw performance artists hanging from the ceiling; we had dancers on the floor; a half-naked guy braved the cold to unlock a hidden place with a disco ball, finally Pearl and NoMoozie twerked.

That wasn’t even the best part, things got really serious when they revealed the first hidden section of the venue, which had OkMalumKoolkat on stage. It didn’t stop there, they revealed another section later on, where we were greeted by Culoe De Song on stage. If it hadn’t been cold, they would have started things outside because there were chairs and a stage setup outside waiting for us when we arrived.

Castle Lite has taken the concept of local events very far this year and 1 can only hope they keep this up. I have no complaints because everything was covered, toilets, heaters, beverages, sound, safety, free Uber sign up codes and so forth. I hope I get invited to the island as I suspect they will be revealing something else there.

Congratulations to Pearl who was crowned the President of Extra Cold during the event. She did work very hard, campaigning for votes before the event took place.

Pearl hit the streets with her Super Cool Cold Squad giving away awesome prizes for the upcoming Embassy Event.She…