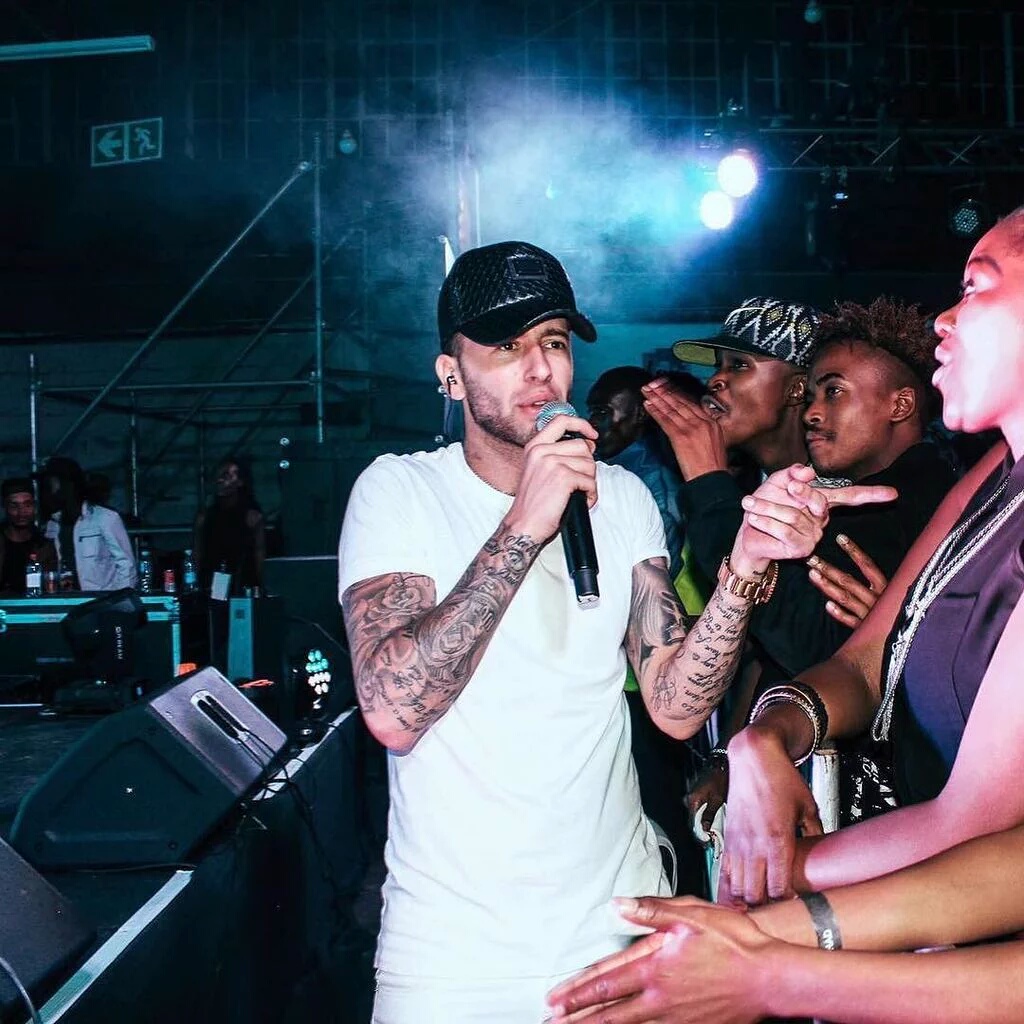 The former Family Tree member, Chad Da Don, shut down Pretoria on the 16th of April 2016, Not only did he celebrate his birthday but he also launched his first solo album titled “The Book Of Chad”.

The event, held at 012 Central courtyard, was open for everyone to attend at the cost of R100 for tickets at computicket and R120 at the door. Food and alcohol was sold at the venue.

Denise Zimba was the host for the night, she kept the crowd entertained, everyone loved her. The line up was massive and all the artists really put on a great show but personally DJ Fresh, Chad Da Don, Khuli Chana and Reason made me lose myself on the dancefloor.

We out at 012 central for Chad Da Don's album launch and birthday celebrationWHAT.A.JUMP #TheBookOfChad

The hospitality was amazing and I was welcomed with a free copy of The Book Of Chad. The album features the likes of Janine V, Buks, Bonafide Bili, Refi Sings, JJ Sine, Brian Soko, Anatii, Locnville, E.x.e, Nasty C and Kyle Deutsh. Norma Mansoor shared that the album is about Chad’s growth and that every single track on the album is a story of Chad’s life.

The well-known singles on the album are ‘E.F.T ft Brian Soko‘, ‘The Other Side ft Nasty C‘ and ‘Chad Is Better‘ which was dropped on the 14th of April, by the way, Chad Da Don made it clear that ‘Chad Is Better‘ is not a diss track.

After listening to The Book Of Chad for the first time, my personal favorite songs are: ‘Nowhere To Go ft Bonafide Bili‘, ‘Down That Road‘, ‘Sorry Mom I’m moving Out ft Anatii‘ and ‘Panties To The Side ft Locnville‘.

The album is great and the event met all my expectations.

If you haven’t heard The book of Chad, you can purchase it on iTunes:
https://itunes.apple.com/za/album/the-book-of-chad/id1102806766