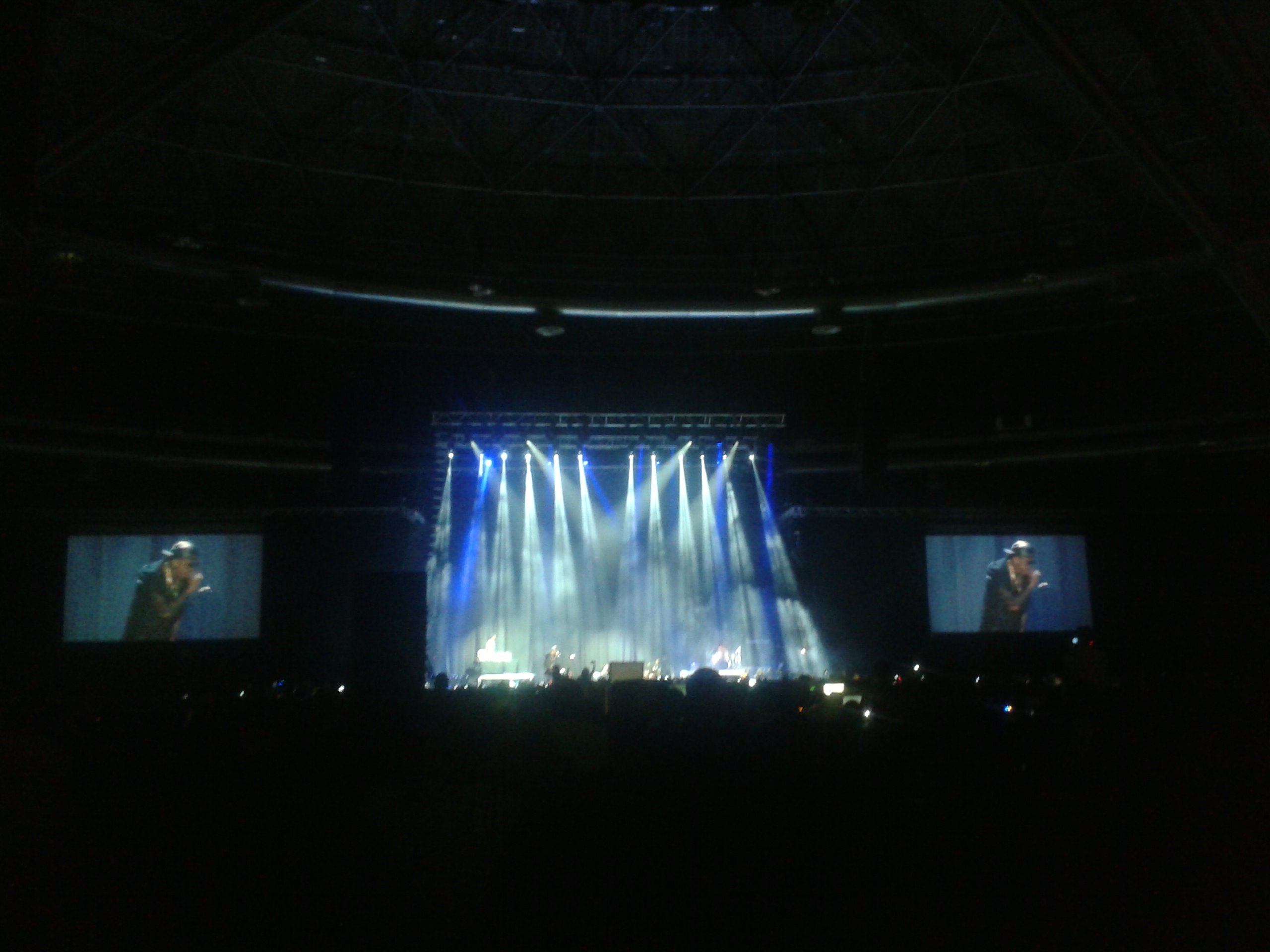 The crowd. I cant even cant. @chrisbrown has the crowd. @CBSATOUR

Chris Brown X Tour touched down in South Africa this month, if you heard me on Sound of Weekend radio, I was there and gave the show a 3.5 out of 5 rating. My review may seem unfair but a lot has to be considered about why I said that.

I was able to attend the event that took place at Coca-Cola Dome which I felt was a bad venue at first for such an event but then weather was a concern. Coca-Cola Dome first of all is far and traffic there was a nightmare, once you are in, you have to be concerned with it being stuffy and the echo of screaming girls but my expectation were also very high, I though Chris Brown would zip on the roof through the crowd otherwise it didn’t really make sense to put people in the dome.

No supporting acts were announced but people who arrived early we greeted with sounds of DJ Milkshake and DJ Dimplez which was very refreshing and a good way to warm up the crowd.

August Alsina was first on stage; he had a good performance as he brought on 2 female dancers on stage with him but also had a slightly intimate performance. It was pretty standard of a performance as there was no wow factor to it. It was pretty early in his career for him to come to South Africa and people weren’t familiar with most of the songs he performed which threw of the masses for moments.

Chris Brown being the main act had a lot of expectations on him to pull off a great show. The visual effects behind him were great and the sound was even better but problem came in when he was lip-syncing most of the show. His show was stronger based on the choreography but he didn’t do a full performance either, he did the important bits mostly. His show ticked off all the boxes but didn’t engage with the audience as most people would have wanted. He came on, did his job and got off stage didn’t give the crowd anything more.

Sorry ladies, Chris Brown didn’t do a backflip; neither did he take off his shirt during the show. I actually enjoyed that he didn’t because then the screaming would have been worse as we were in an enclosed venue. I expected a lot more from the show but was let down hence I gave it a 3.5 out of 5. Although the production was well done, for 1 the sound didn’t give any issues, it would have been cool to see something new and different from the show.