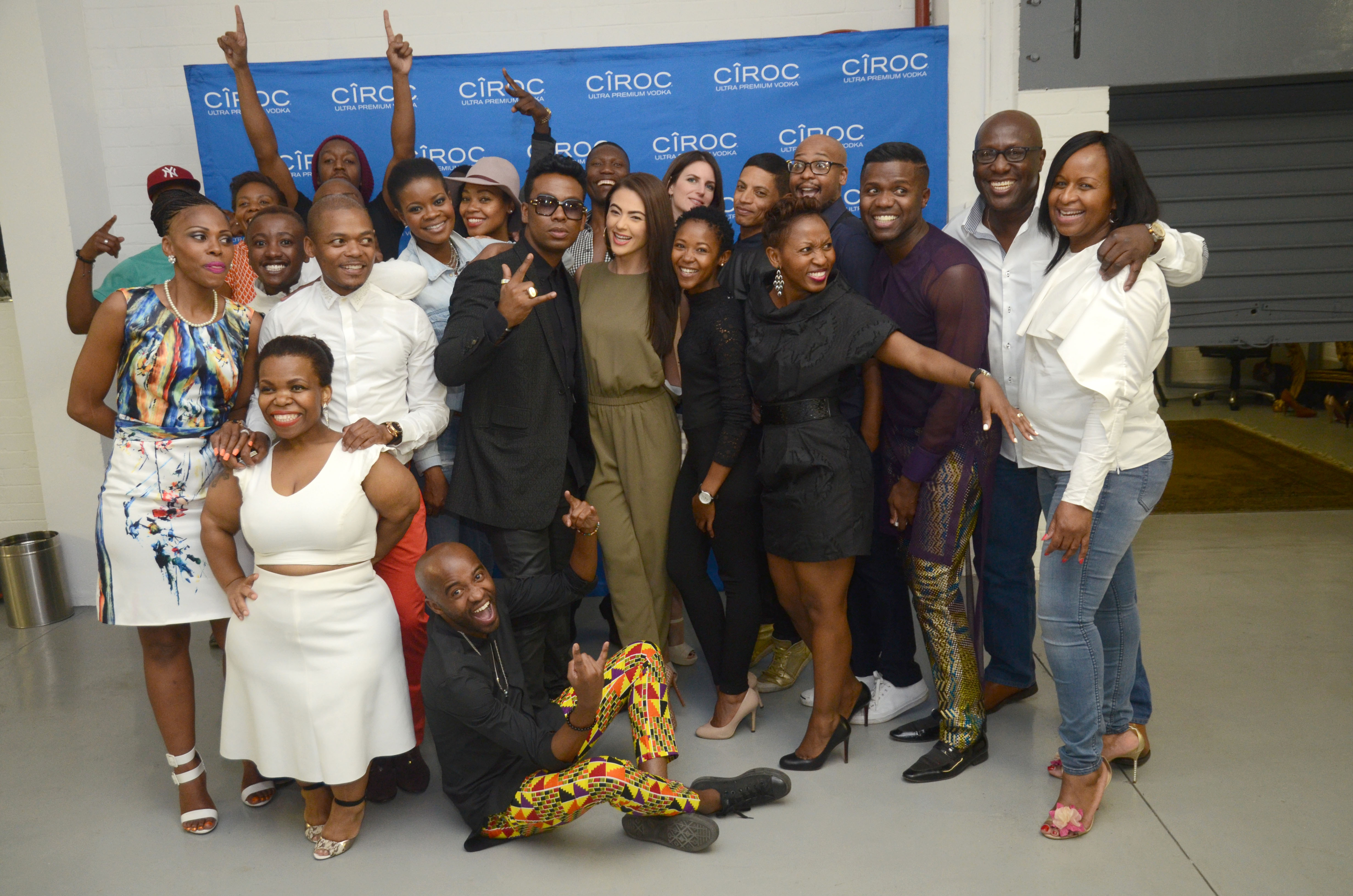 Following an exceptional year in which he was the recipient of a number of local and international accolades, top South African couturier, David Tlale was celebrated in a special event in Johannesburg on December 5th.

After an exceptional year, David Tlale collected a wide range of prestigious international and local accolades, cementing his status as one of the world’s most inimitable designers.

Recently announced as a part of the CÎROC Circle, a collection of South Africa’s most magnetic talents, David Tlale’s global success was celebrated at the exclusive “Celebrating Excellence, Presented by CÎROC Ultra-Premium Vodka” event at his studio in Johannesburg on December 5th.

“2014 was certainly a year worth celebrating for me. I am truly grateful for all of my achievements, and it was an honour to be acknowledged with the “CÎROC Celebrating Excellence” event. It was the perfect way to relive my milestone year, surrounded by amazing company” says David Tlale.

After receiving a coveted standing ovation for his showcase at Mercedes-Benz Fashion Week Africa in October, David Tlale recently received the “Fashion Designer of the Year” award at the African Diaspora Awards held in New York City on November 15th. The very next day, David Tlale received the first ever “African Icon of Hope” award at Nigeria’s Fashion and Design Week.

David Tlale has also been a regular presence in international media this year, being featured in a recent edition of Time Magazine as one the designers leading the charge for “Africa’s New Look” – a transformation of the African fashion landscape. He was also named as one of the “Most Influential Africans 0f 2014” in the London-based New African Magazine alongside the likes of actress Lupita Nyong ‘o and Adv. Thuli Madonsela.

On November 27th, David Tlale garnered yet another significant achievement, becoming the first South African designer to have a “store within a store” within the ultra-luxurious Luminance boutique in Hyde Park, placing him next to international design names such as Alexander McQueen, Marc Jacobs and Valentino.

“The “Celebrating Excellence, Presented by CÎROC Ultra-Premium Vodka” event was a fitting way to toast to David Tlale’s immense success in 2014. CÎROC calls only South Africa’s most unsurpassable talents to its stage, and was proud to present an unforgettable evening in honour of David Tlale’s triumphant year” says Avukile Mabombo, brandhouse Reserve Marketing Manager.

Brandhouse Beverages (Pty) Ltd was formed on 1 July 2004 as a joint venture between Diageo, Heineken International and Namibia Breweries Ltd. It is South Africa’s leading premium drinks company with an unrivalled portfolio of brands across the spirits, beer and cider categories. These include Johnnie Walker, J&B, Smirnoff, Bell’s, Baileys, Jose Cuervo, Tanqueray, Captain Morgan, Amstel, Heineken, Windhoek, Foundry and Guinness among others.

For more information about Brandhouse, its people, and brands visit us at Brandhouse.
Celebrating life, every day, everywhere, responsibly.