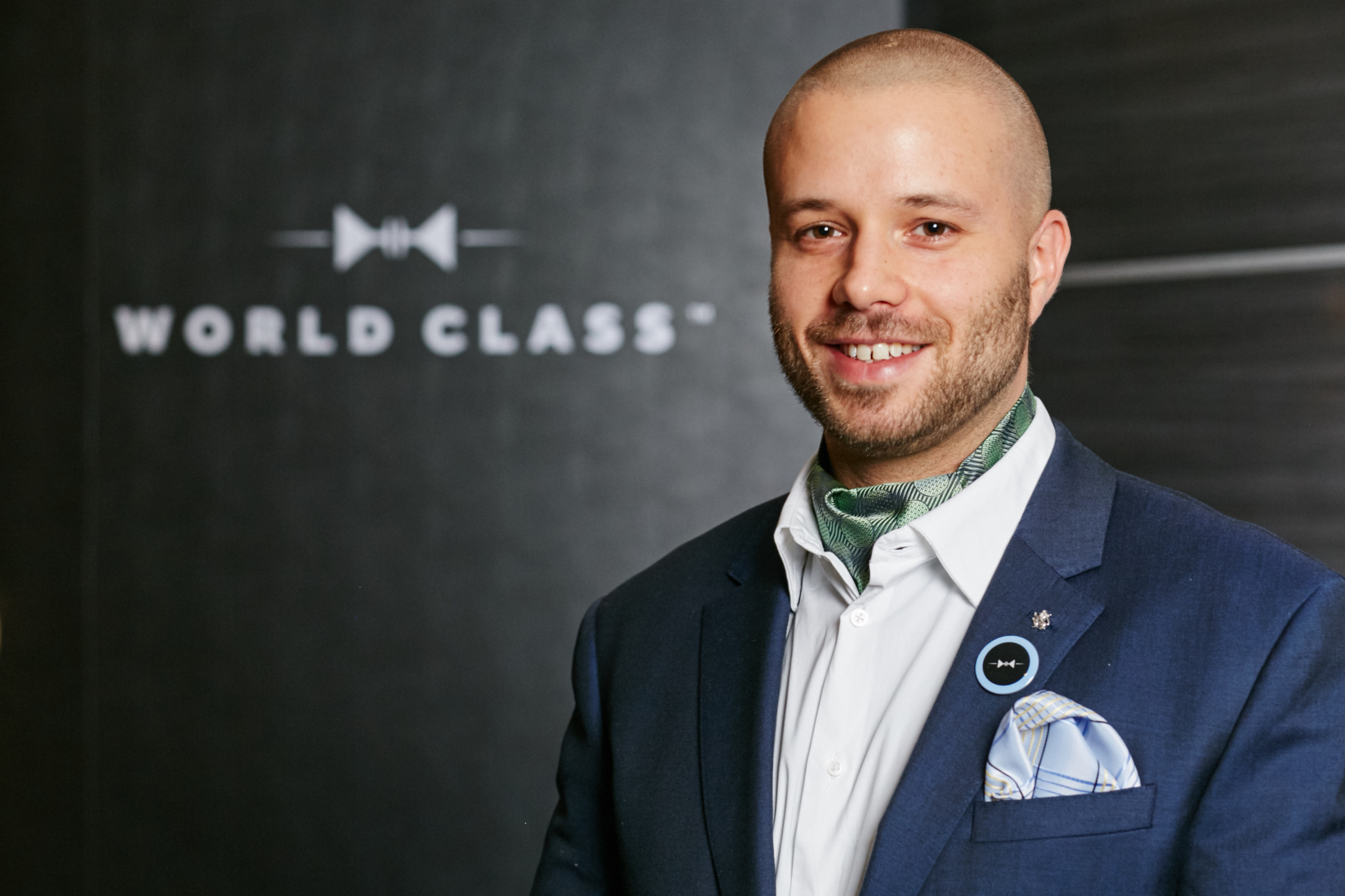 One of the world’s best bartenders heads for Cape Town, South Africa

One of the world’s cocktail capitals, Cape Town, will welcome a globally acclaimed bartender, Vítězslav Cirok from the Czech Republic, in April, to create a cocktail that captures the essence of the city and one of Africa’s most iconic urban resorts, One&Only Cape Town.

Voted one of the world’s most desirable destinations by numerous travel publications including Conde Nast Traveller, Fodor’s and the New York Times, Cape Town was also recognised as a world cocktail capital during the global finals of Diageo Reserve World Class, the prestigious, international bartender competition, which took place in the city late last year.

For Vítězslav, his trip to Cape Town is a homecoming of sorts as it was here that he took part in the World Class Bartender of the Year 2015 global finals and made it to the top six out of a field of 20,000 contenders from over 54 countries.

“It’s wonderful to be going back to Cape Town as it brings back such incredible memories, which are always the perfect canvas from which to create great cocktails! This is what I plan to do in Cape Town – create a cocktail which brings to life this amazing city, continent and resort,” says Vítězslav, who perfected his craft in Prague for over 12 years before becoming the Czech Republic’s best bartender and a World Class top six finalist.“For me the art of mixology is about interpreting the sights, smells and flavours of a place and I’ll be using some unique South African ingredients to add to a fine spirit to do so.”

Along with One&Only Cape Town, both the city and its iconic Table Mountain – one of the New7Wonders of Nature – will provide Vítězslav with a playground for his mixology passion, where he will infuse the experience with his love for art and craftsmanship into an extraordinary signature cocktail.

One&Only resorts have a distinctive style and personality borne of local culture, a genuine hospitality and a lively energy that is unrivalled. One&Only Cape Town, set in the heart of the Victoria & Alfred Waterfront overlooked by majestic Table Mountain, is no exception and is renowned as South Africa’s most vibrant and urbane resort. It is considered an oasis of inspired cuisine, including Reuben’s, a sophisticated brasserie-style restaurant which showcases an exciting fusion of local flavours by one of South Africa’s most exciting chefs, Reuben Riffel as well as the only African outpost of Nobu where world-renowned master chef Nobuyaki Matsuhisa infuses his innovative Japanese cuisine with flavour and spices unique to South Africa.

“We are excited to welcome Vítězslav back to One&Only Cape Town, and for him to engage with Chef Reuben Riffel and experience the flavours of the Cape,” says Helen McCabe-Young, Executive Vice President, Sales and Marketing, One&Only Resorts. “There is so much to see and I am certain he will find a lot of inspiration for his cocktail as he explores the city and the resort.”

“Since inception, World Class has trained in excess of 100,000 bartenders around the globe and raised the standard of fine drinking experiences worldwide, as well as profile celebrity bartenders to the same level as top chefs. Bartending today is not just a job, but a true vocation,” adds Matteo Fantacchiotti, Global Reserve Commercial Vice President.

Vítězslav’s visit to Cape Town will be the third in the “#DestinationsDistilled” series, a global collaboration between One&Only Resorts and Diageo Reserve World Class, bringing together the worlds of distinctive destination resorts, award-winning spirits and fine drinking experiences. In the “#DestinationsDistilled” series, all six of the world’s best bartenders will each travel individually to one of six luxurious One&Only resorts to create a complete menu of specially curated cocktails, with online web episodes detailing the experiences of the bartenders, as well as how-to cocktail videos.

About One&Only Resorts
Created exclusively for the ultra-luxury resort market, One&Only Resorts are conceived as hallmarks of excellence. Set in some of the most beautiful locales in the world, each award-winning resort offers guests a distinctive style and personality borne of its local culture, a genuine hospitality and a lively energy that is unrivalled. These properties include One&Only Reethi Rah in the Maldives; One&Only Le Saint Géran in Mauritius; One&Only Royal Mirage and One&Only The Palm in Dubai; One&Only Ocean Club in The Bahamas, One&Only Palmilla in Los Cabos, Mexico, One&Only Cape Town in South Africa and One&Only Hayman Island, Great Barrier Reef and Emirates One&Only Wolgan Valley in The Blue Mountains in Australia. One&Only has also announced plans to develop and operate five new One&Only resorts, in Sanya, Hainan, China; in Montenegro, which will be the first property for the collection in Europe, Bahrain and two new resorts in Mexico. More information on One&Only is available at oneandonlyresorts.com

A partnership and collaboration with gurus, media, partners and owners, Diageo Reserve World Class™ is widely recognised as a mark of sophistication and distinction of international fine drinking culture by bartenders and customers alike.