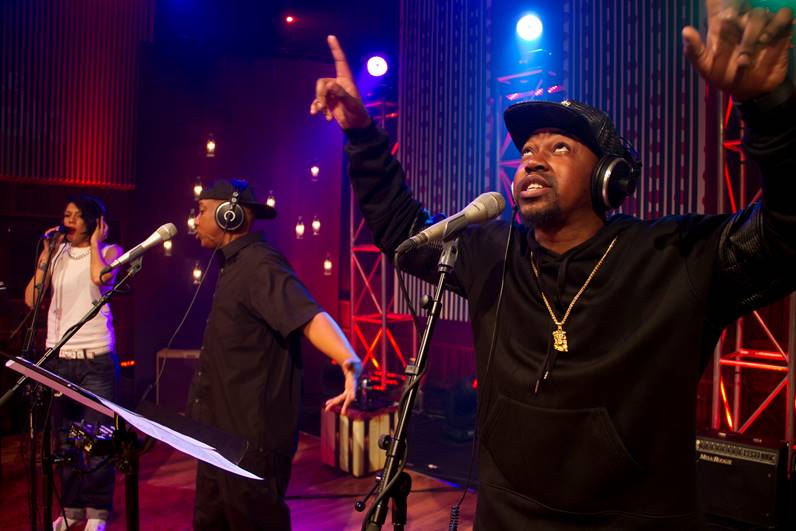 The first season of Coke Studio has ended with an inspirational finale featuring Karabo Motjuwadi (aka Kayrab Mayrab) and Clu.

Kayrab and Clu were both part of Coke Studio RAW which gives undiscovered talent a once-in-a-lifetime opportunity to work with a top music producer. The result is a professionally packaged demo and a much-needed leg up in a seriously competitive music industry. Artists with the best tracks coming out of RAW are then invited to take part in Coke Studio where they get the chance to create a unique song and become part of the musical fusion the show has become known for.

For Kayrab, his dreams of being a music producer, rapper and entertainment business mogul, fast became a reality when he was selected from RAW and asked to take part in Coke Studio. As one of the few artists that were chosen he was teamed up with long-time friend and fellow RAW artist Tlotleho Mohlahlane (aka Clu). Clu is a producer, rapper, singer and songwriter and the two have been friends since high school. The chance of working together on this project was extremely exciting for both of them.

The pair were taken under the wing of producer, Mpho Pholo – aka 37mph – which was Kayrab’s favourite part of his whole Coke Studio experience. He had known 37mph for more than 10 years but had never had the chance to work with him. On hearing that he would be working with the legendary producer, Kayrab said that it was a dream come true as 37mph’s reputation speaks for itself.

Together Clu, Kayrab and 37mph created a song called ‘On My Life’ which, according to Clu, is about that moment when something you think would never happen, actually does. For Kayrab, the song speaks true to his life, “I recently left the nine to five corporate world to pursue music as a career. The Coke Studio experience has been surreal and I still can’t believe it actually happened”.

The process of creating the fusion track was fairly smooth and organic for the duo and it was inspired by the chorus that Clu wrote at RAW. Wilson, the RAW producer translated Clu’s lyrics into a melody and the song took its shape from there.

It was an amazing and totally new experience for both artists who found it incredibly inspiring once their creative energies aligned and they were all working in sync for the good of the song. The only negative for Kayrab was that it had to come to an end.

To watch this story unfold and witness the action behind this song, catch Kayrab and Clu on Coke Studio showing on e.tv on Monday night at 8:30pm.

Together with our bottling partners, we rank among the world’s top 10 private employers with more than 700,000 system associates. For more information, visit Coca-Cola Journey at www.coca-colacompany.com, follow us on Twitter at twitter.com/CocaColaCo, visit our blog, Coca Cola Unbottled, at www.coca-colablog.com or find us on LinkedIn at www.linkedin.com/company/the-coca-cola-company.