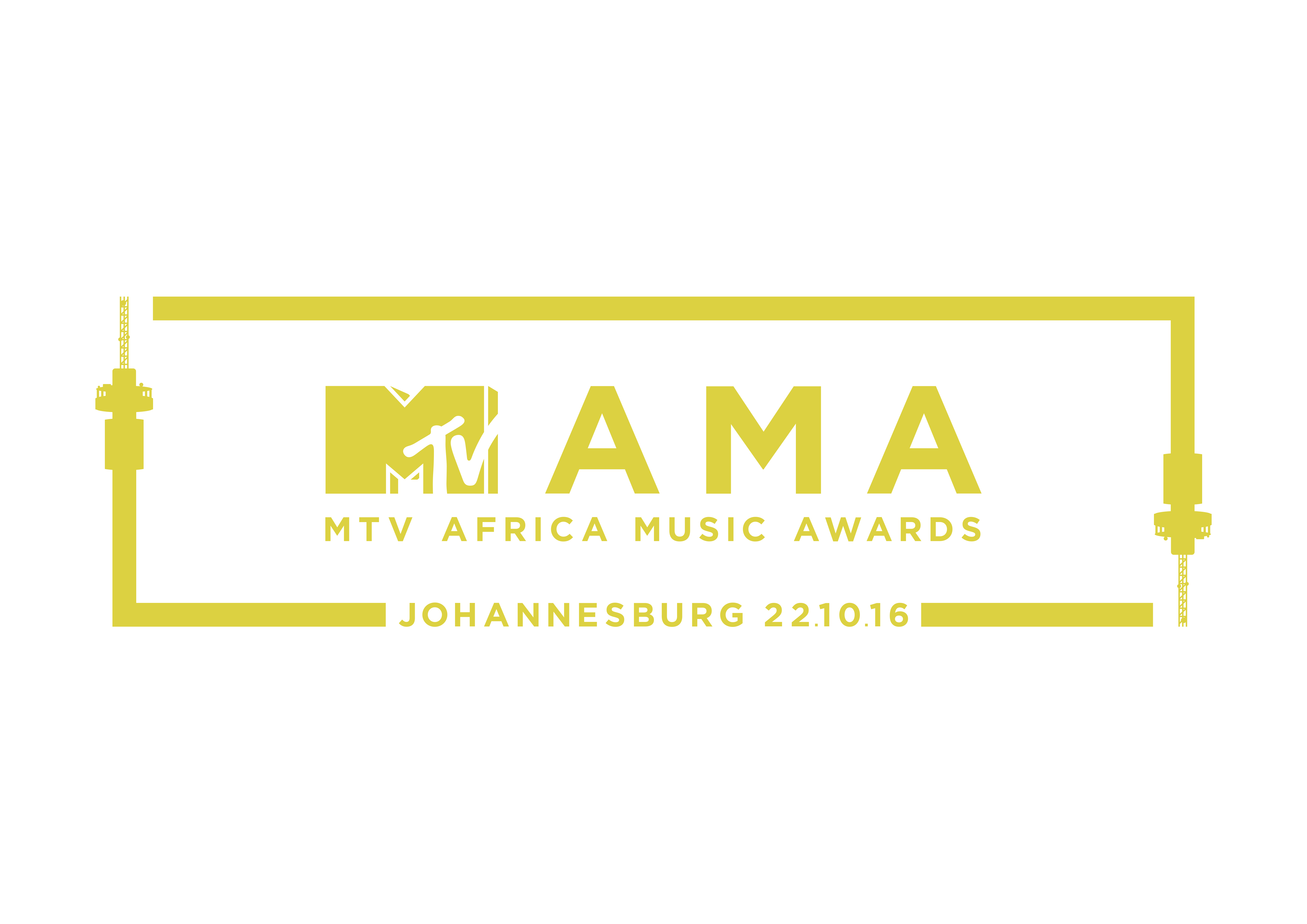 Johannesburg/Lagos, 23 August 2016: Viacom International Media Networks (VIMN) Africa and MTV Base (DStv channel 322) are once again highlighting the “gold standard” in music, creativity and achievement at the sixth edition of the MTV Africa Music Awards (MAMA).

The MTV Africa Music Awards Johannesburg 2016, brought to you by Joburg Tourism in association with Absolut will broadcast live from The Ticketpro Dome, Johannesburg, South Africa on Saturday 22 October 2016.

The definitive annual celebration of African and international talent and achievement, MAMA 2016 recognises and rewards musicians and achievers who have made the most impact on African music and youth culture over the previous year. The ceremony will feature stunning performances from African and international artists along with the show’s signature cross-genre and cross-border collaborations.

MAMA 2016 will celebrate African talent across 17 award categories, including Best Male, Best Female, Best Song and Best Collaboration by Absolut. The contribution of artists from Portuguese and French-speaking Africa will also be recognised in the Best Lusophone and Best Francophone categories. Additional categories include the Africa Re-Imagined Award and Personality of the Year. The nominations for the awards will be revealed in September 2016.

Commented Alex Okosi, Senior Vice President & Managing Director, Viacom International Media Networks Africa, “We are thrilled that the MTV Africa Music Awards will be taking place in Johannesburg, City of Gold, for the first time on 22 October. We are looking forward to staging the largest awards show in Africa, in one of the continent”s most vibrant cities. Noted for its exciting youth culture and rich music scene, Joburg will make the perfect backdrop for our biggest MAMA ever.”

Nabintu Petsana, Head of Joburg Tourism, commented: “We are thrilled to welcome MAMA 2016 to Joburg for the first time, and look forward to hosting this extraordinary cultural experience which will play a key part in enhancing Joburg’s profile on the international stage. In line with Joburg Tourism’s Domestic Tourism Awareness Campaign [#Welcome2Jozi] which encourages locals to go the extra mile in showing all our visitors a good time, this event provides an ideal opportunity to remind Joburgers that ‘Leisure is Our Tourism Business’, contributing significantly to our local economy.”

Added Melanie Campbell, Head of Marketing: White Spirits and Rum, Pernod-Ricard, “We are very excited and proud to be collaborating with the MTV Africa Music Awards once again for the ultimate showcase in African talent; ABSOLUT sets itself apart by challenging conventions and pushing boundaries of contemporary culture through creative collaborations with cutting-edge artists. This year we will see the brand celebrating artists who are original and aspire to greater heights through the power of collaboration. The Best Collaboration Award by Absolut honours the African musicians, achievers and trailblazers who source add, curate and collaborate the music we love. Absolut is ready to rock Jozi.”

Monde Twala, Vice President, BET, Youth& Music, VIMN Africa, continued, “The sixth edition of the MAMA promises to be our biggest and most ambitious yet. All roads will lead to the TicketPro Dome for an explosive evening of spectacle and music, while millions of music fans will enjoying the TV broadcast. Our viewers are passionate about African music and achievement, and we look forward to channelling and conveying that passion to an international audience.”

The MTV Africa Music Awards 2016 will broadcast live on MTV Base (DStv Channel 322) and MTV (DStv Channel 130) on Saturday 22 October at 21:00 CAT. The show will also be transmitted worldwide on partner stations and content platforms from October onwards, while MTV channels around the world will broadcast a one-hour MAMA-themed MTV World Stage.
For more information on the 2016 MTV Africa Music Awards, please go to www.mtvbase.com, www.mtv.co.za or http://mama.mtv.com, like us on Facebook at www.Facebook.com/MTVBaseVerified, or follow us on Twitter and Instagram @MTVBaseAfrica. To join the conversation about the awards please use the hashtag #MTVMAMA2016.