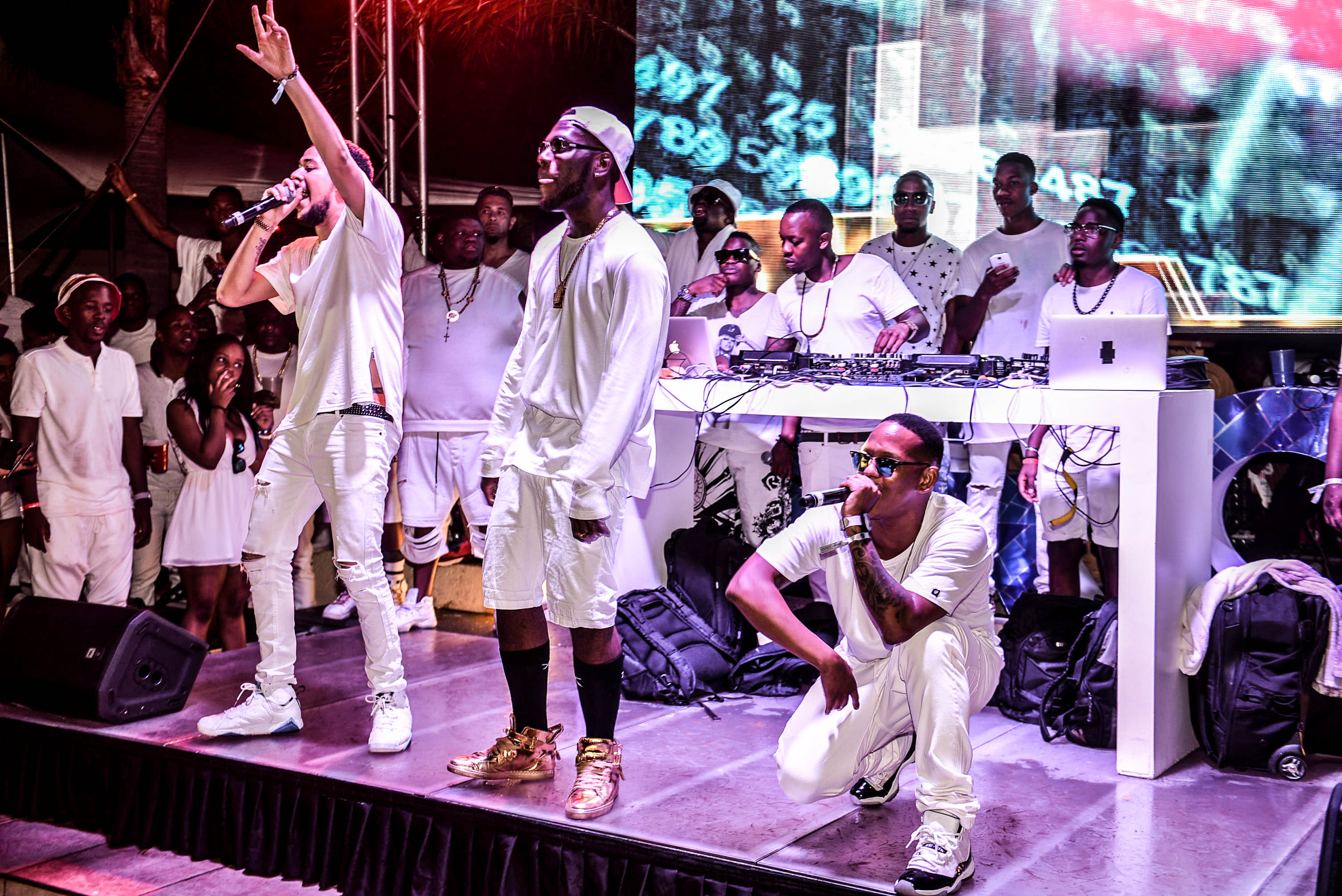 The annual All White Pool Party, hosted by one of South Africa’s foremost Hip Hop star, Da L.E.S, has become a coveted fixture on every Johannesburg A-Lister’s social calendar and this year was no different.

This ultra-exclusive, invitation-only celebration – now in its 6th consecutive year – took place on the weekend and featured electrifying performances by several of SA’s most magnetic talents.

Also spotted at the All White Pool Party were singer Tamara Dey, 5FM’s Poppie Ntshongwana, Shashi Naidoo, Bonang Mathebe and David Tlale (both of whom are also part of the CÎROC Circle), amongst others.

“My annual All White Pool Party is about celebrating success and living the dream. This year my guests enjoyed a glamorous and high-energy CÎROC style experience to kick off 2015, a year in which I believe my career is set to rise to even greater heights – with the release of my new video for Dice and my upcoming nation-wide album tour for Mandela Money” says Da L.E.S.

Along with performances of the song “Fire” and “All Eyes On Me” feat. Burna Boy, the event also saw the release of Da L.E.S.’s new video for the song “Dice”, shot late last year in Los Angeles, California.

“CÎROC is proud to present the 6th installment of Da L.E.S’ Signature All White Pool Party – an event that celebrates those who have arrived and who are living the CÎROC life. Kicking off 2015 with such a vibrant event will surely set the pace for the CÎROC Circle’s year, which is sure to be incredibly successful and dynamic” says Avukile Mabombo, brandhouse Reserve Marketing Manager.

On the back of the video drop for DICE, Da L.E.S. will hit the road in January and February, bringing Mandela Money to fans in Cape Town, COCO (30th Jan); Durban, 47th Ave (7th Feb) and Johannesburg, Taboo (27th Feb).

About Brandhouse
Brandhouse Beverages (Pty) Ltd was formed on 1 July 2004 as a joint venture between Diageo, Heineken International and Namibia Breweries Ltd. It is South Africa’s leading premium drinks company with an unrivalled portfolio of brands across the spirits, beer and cider categories. These include Johnnie Walker, J&B, Smirnoff, Bell’s, Baileys, Jose Cuervo, Tanqueray, Captain Morgan, Amstel, Heineken, Windhoek, Foundry, and Guinness among others.

For more information about brandhouse, its people, and brands visit us at www.brandhouse.co.za.
Celebrating life, every day, everywhere, responsibly.