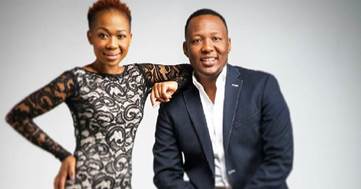 For the last three years, Dineo Ranaka has remained the undisputed Queen of day-time reality television with her reality series Dineo’s Diary flighted on the DSTV bouquet Mzansimagic. This fall brand Dineo Ranaka will broaden its appeal with a new offering of conversational talks across the country dubbed He Said She Said (HSSS). The HE SAID SHE SAID movement is a brainchild of Dineo Ranaka and motivational speaker Hope T Kontle. The talks are aimed at inspiring conversations about life and personal transformation, which the duo will be collaborating on whilst creating an enabling environment for males and females to have positive dialogue.

This dynamic duo have already kick started the HSSS movement in Cape Town with a series of talks and will formally launch the movement in Bloemfontein on Saturday 9 July 2016 at the Ilanga Estate. The two parts (morning and afternoon) sessions will explore personal transformation, authenticity of relationships, with varying levels of social or gender support, whilst audiences will get an opportunity to share their experiences and determination to live their best lives. “For me personally, these sessions mean being truthful to myself,” said HSSS Cofounder Dineo Ranaka. I want to be able to fearlessly look at my inner self and connect with audiences as they share their stories and journeys with me.”

“Dineo Ranaka has been a pioneer and role model to young people through her work”, said Hope T, Cofounder of HSSS. Every one of us struggles with issues of acceptance, personal transformation, etc, but for young people these issues can be challenging if not addressed. I’m delighted to be joining Dineo on these journeys and hope to bring to the spotlights positive energy and inspiration.”

No stranger to the entertainment world, Dineo is a renowned media personality and prolific content producer, boutique owner and mother. She is known for her radical thinking and fearless truths. She has hosted and presented for daytime radio and numerous television shows spanning over a decade. Joining her on stage is Hope T Kontle known as Hope T, he’s a gifted orator, motivational speaker and a formidable businessman. He will be articulating his thoughts on personal finance and share strategic skills on how to effectively budget, save and be financially wise.

Limited Tickets Available: Individuals or companies wishing to attend the Bloemfontein session, tickets are now available for R350. Email bonganim@7colors.o.za or call 011 782 6208 to secure your seat.

About HE SAID. SHE SAID. MOVEMENT
HE SAID. SHE SAID. dubbed HSSS is a brainchild of Brains at Work Media and a collaboration of minds between motivational speaker Hope T Kontle and Media Personality Dineo Ranaka. Together they collaborate as two very dynamic public speakers that speak passionately about diverse individual experiences that hold the power to awaken the inner being to living more with intent and less from habit. They aim to inspire radical positive change in one’s life and assist in unlocking the mind to becoming the best possible version of itself.