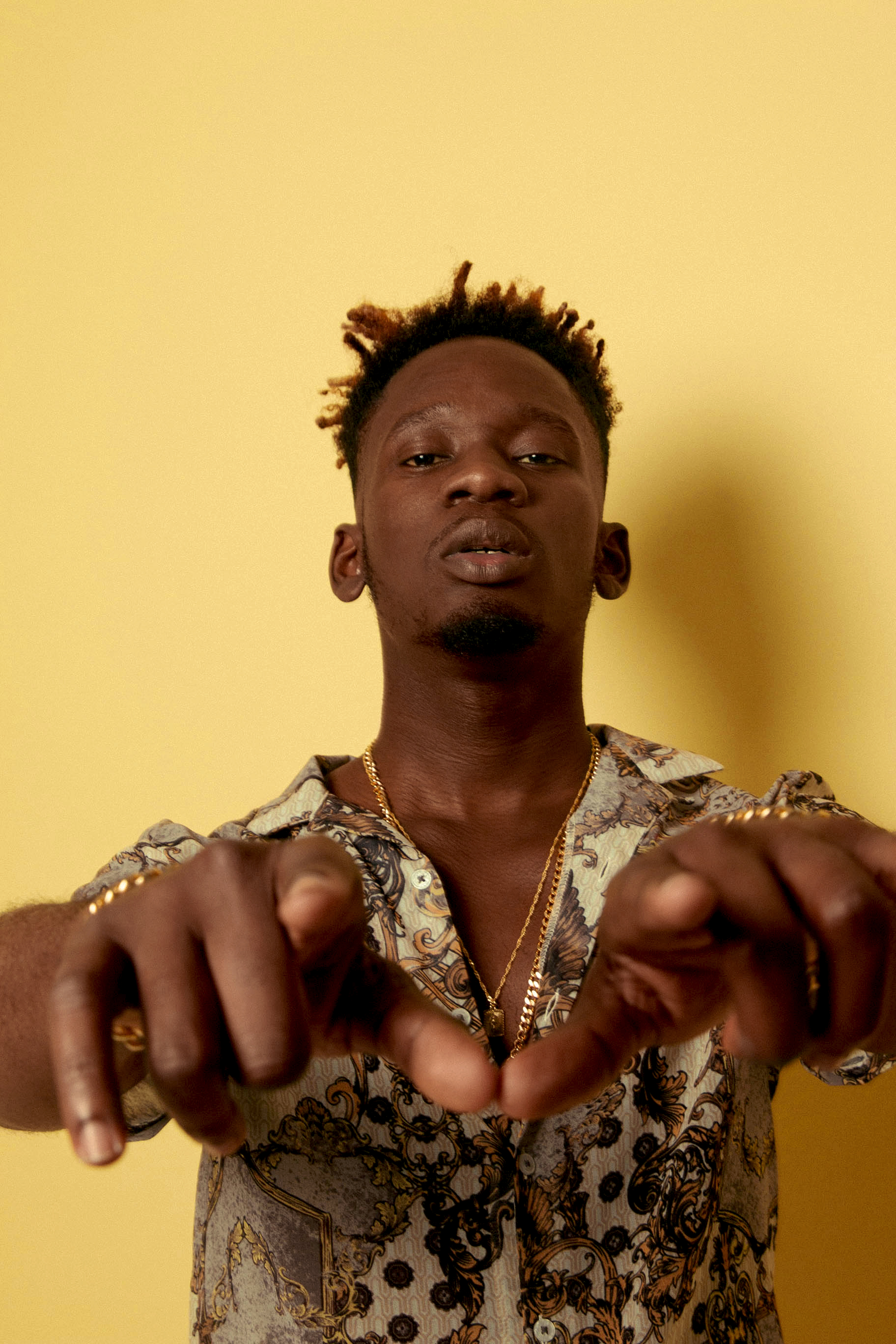 “Breakup Riddim” is available today across all music streaming services.

“Releasing a tune with Mr Eazi had been a back-and-forth conversation since now is the appropriate time, we couldn’t overlook this chance. Since 2019, there have been a couple songs we worked on but this year gave us every reason to leap and release this track,” said DJ Aroma.

“Amapiano is the reigning genre hence we settled on this masterpiece for Africa and the global market. It is a song about a broken heart which everyone can relate to.”

“Breakup Riddim” is a love song about a guy who is desperately pleading for the love, attention and affection of his angry hot-tempered girlfriend. In the hit, Eazi narrates how he has been through a lot for her against all odds and wants her to calm down, think about all they have been through and come back to him.

The multiple award-winning DJ Aroma and Mr Eazi have a long-standing relationship through their engagement for the Detty Rave Concert and have toured together musically across the continent. While Mafikizolo’s leading lady Nhlanhla Nciza was included in the collaboration by Mr Eazi as “he loves Mafikozolo’s songs”.

“When DJ Aroma mentioned working on a song together with Mr Eazi and enlisting the presence of Mafikizolo singer Nhlanhla Nciza, it was exciting for Eazi because he loves their songs. That synergy was the beginning of the record and amazing because Aroma plays a lot of South African music on his set and it was incredible to have a song that fuses different sounds together,” said DJ Aroma.

“The song was conceptualized at a point when someone close to me was going through a break up and when I heard the beat, I basically put that in the record and made it the main theme of the song. When DJ Aroma heard the record he decided it was something to be shared with more than his friends, he decided to work together with me and Nhlanhla Nciza on it. For DJ Aroma, being a DJ is special to him and he always felt the acapella for the song was very strong and he decided to work on different versions of the song that fit different moods. In the coming weeks, he will be releasing different versions of the tracks that fit different playlists and settings” added Mr Eazi.

“This collaboration came as a pleasant surprise, as you can imagine getting a DM from Mr Eazi asking you to feature on his song, in my world it doesn’t happen often. So naturally I was nervous but very happy and excited to jump on the song. It’s a beautiful song about the ups and downs of a love relationship, what’s important though is that if you love each other deeply there’s nothing you can’t work through provided you both work on your mistakes together,” concluded Nhlanhla Nciza.

“Breakup Riddim” is available today on all music services.

Collins Tetteh Nartey, known professionally as DJ Aroma, is a Ghanaian disc jockey. He is the official DJ for the annual Detty Rave music festival in Ghana. He was listed among the top ten DJs in Africa in 2019. He was awarded the DJ of the Year at the 2021 Music Awards and the Radio DJ of the Year at the 2020 RTP awards. DJ Aroma started his career while he was in Kwame Nkrumah University of Science And Technology of which he made his playlist through VLC.He later moved to using Virtual Dj for his song mixes. He currently works with Pure FM (Ghana) in Kumasi now as a host and a Dj for the afterdrive show after leaving Yfm (102.5).He was one of the official DJs to feature in Mr Eazi’s annual Detty Rave Concert.