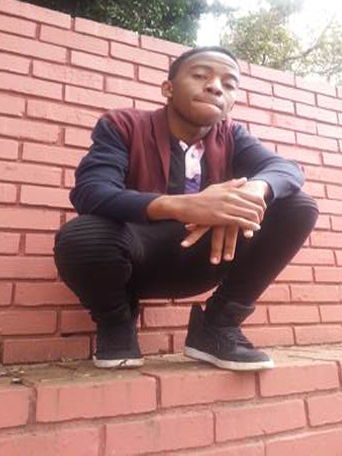 The votes are in, and DJ Gidi Gunjero from Klerksdorp in the North West Province will kick-start Captain O’Clock when he drops his track alongside Sibot, one of the country’s premier producers.

DJ Gidi Gunjero won the opportunity to take his career next level by participating in a country-wide search by Sibot and Captain Morgan for the best remix of Sibot and Riky Rick’s track – Tick Tick Boom.

DJ Gidi Gunjero, who started his career while in high school by mixing beats on his computer answered the Captain’s call to download the separates made available on www.captainmorgan.co.za and made his own version of the Captain O’Clock anthem.

The track was selected as one of the ten best by Sibot and The Captain, and was then voted by the public as the best remix. He now not only gets to drop his remix alongside Sibot at OppiKoppi, but he has also won R10,000.

“Yoh! This feels amazing!” says DJ Gidi Gunjero about being selected as the winning DJ and dropping his track with Sibot at OppiKoppi. “Sibot is a really good producer. His music is great. He knows his dubstep and he works with Riky Rick! I like the song Umswenko. The fact that I’m going to meet the producer of Umswenko is really big.”

“The original track was in a dubstep style so I decided to give it a Hip Hop and Pop-ish feel from time to time,” says DJ Gidi Gunjero when asked about the motivation behind his remix.

Sibot has the following to say, “I’m passionate about discovering new talent so was excited to work with Captain Morgan on a competition aimed at producers. Networking and pushing each other is the best way to raise our scene. I’m excited to meet Gidi Gunjero and work on his track in studio. It’ll be a great opportunity for him to play alongside me at Oppi.”

If you haven’t yet heard the winning track, download it for free on Captain Morgan’s Facebook page.

Not for sale to persons under the age of 18. Drink responsibly.