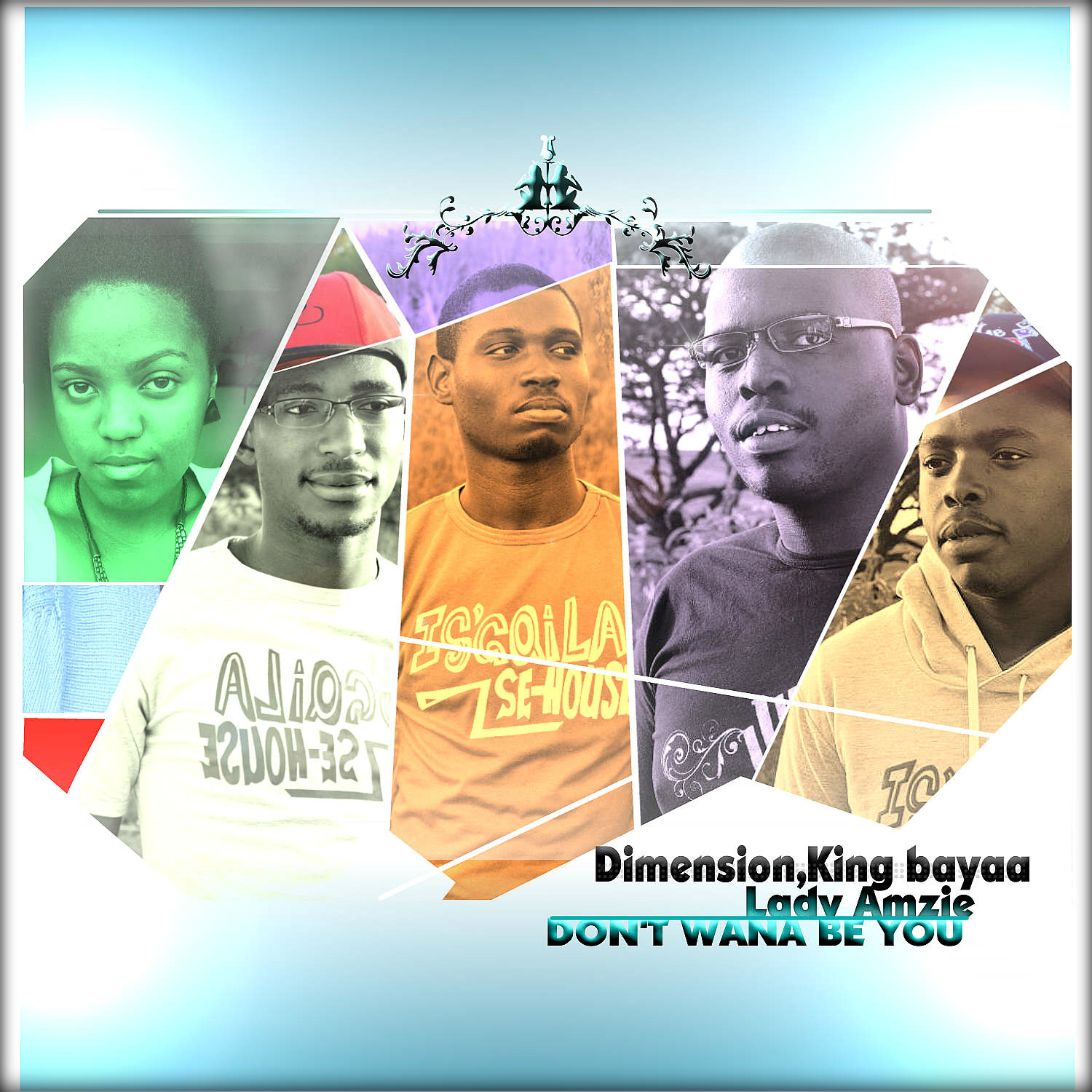 “Don’t Wana Be You” is an emotional & motivational song Which challenges the idea of fitting in, embraces quirky individualism while supporting the idea that you don’t need to make sense to people in order to feel adequate. The lyrics are written and performed by the lyrical genius, who has a subtler sweet voice of an angel, Lady Amzie; addressing it to a younger version of herself. Dimension moulds the record to perfection by adding that “thumping ” Element and spices it up with warm Strings giving a sort-of afro Dance feel. King bayaa seals the deal with an abrasive Trance progression. Emotionn which in the dying minutes of the Record explodes!

Lets get one thing straight: it is a kickin’ dance record, but when listened to attentively it conveys a powerful message & encourages one to be a victor and own one’s identity with pride.

As Amanda “lady Amzie” Zondo Puts it “Don’t let people feel sorry for you as if being you is a “situation”. My favourite line says: “Child of the good Lord, you are good enough to make this concrete jungle your playhouse”…I encourage dreaming big and reject feelings of inadequacy; you can be ANYTHING you want to be. I drew from my own experience of breaking out of my shell and finally being able to say “Thank you Lord for making me Me!” and hope that listeners will be able to relate and be inspired to reach
a place of gratitude and self confidence”.

These passionate musicians have certainly outdone themselves with this potentially anthem record.

This would go well towards the end of my sets. over all, I enjoyed the song. It’s a good song and a great collaboration.

Yule’s review:
I won’t lie, I played this song for hours nonstop and sang along to it throughout.

It’s a really great song, the collaboration is something else.
I think this is the 1 single everyone should get, just because it’s that good. I would also love to see a music video being made, which I wouldn’t mind featuring in.