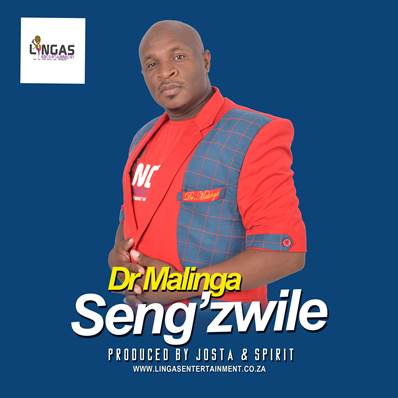 Johannesburg, Monday, 6 June 2016 – One of SA’s most talked about and dynamic personalities, Dr Malinga, has just released a new single this morning titled, Sengizwile. The highly anticipated single signifies the beginning of a new era for Dr Malinga as Sengizwile marks his first single to be released under his own label, Lingas Entertainment.

In true Dr Malinga style, his new single Sengizwile has a quirky story behind it.

“The song is about a man who has had enough about his cheating girlfriend. At first he thought the girl was perfect but little did he know that the girl would cheat on him…changing cars for different guys acting like she is a mechanic the way she’s changing them” expresses Dr Malinga.

Sengizwile is sure to be another Dr Malinga fan favourite. When you listen to the easy going fun song with great beats one can’t help but dance.

Since the release of Dr Malinga’s first album in October 2014 titled, First Injection, the country has fallen in love with him. He is known for his unique voice that has created great hits and his signature dance called the Linga Dance. Dr Malinga has performed at numerous key events all over South Africa, across the African continent and in England and has received award nominations such as Best New Artist at the 14th annual Metro FM Music Awards and Song Of The Year at the 15th annual Metro FM Music Awards for the song he was featured on by Dj Shimza.

Despite his fame and success, Dr Malinga has adopted an attitude of giving back and supporting others. He launched the Dr Malinga Foundation which currently gives youth a chance to get educated by helping them with bursaries. He has also signed on up and coming talent to his label, Lingas Entertainment, where he will support them to grow their music careers. Look out for his artists Josta and Royal Suave, who are pegged to take the music industry by storm this year.