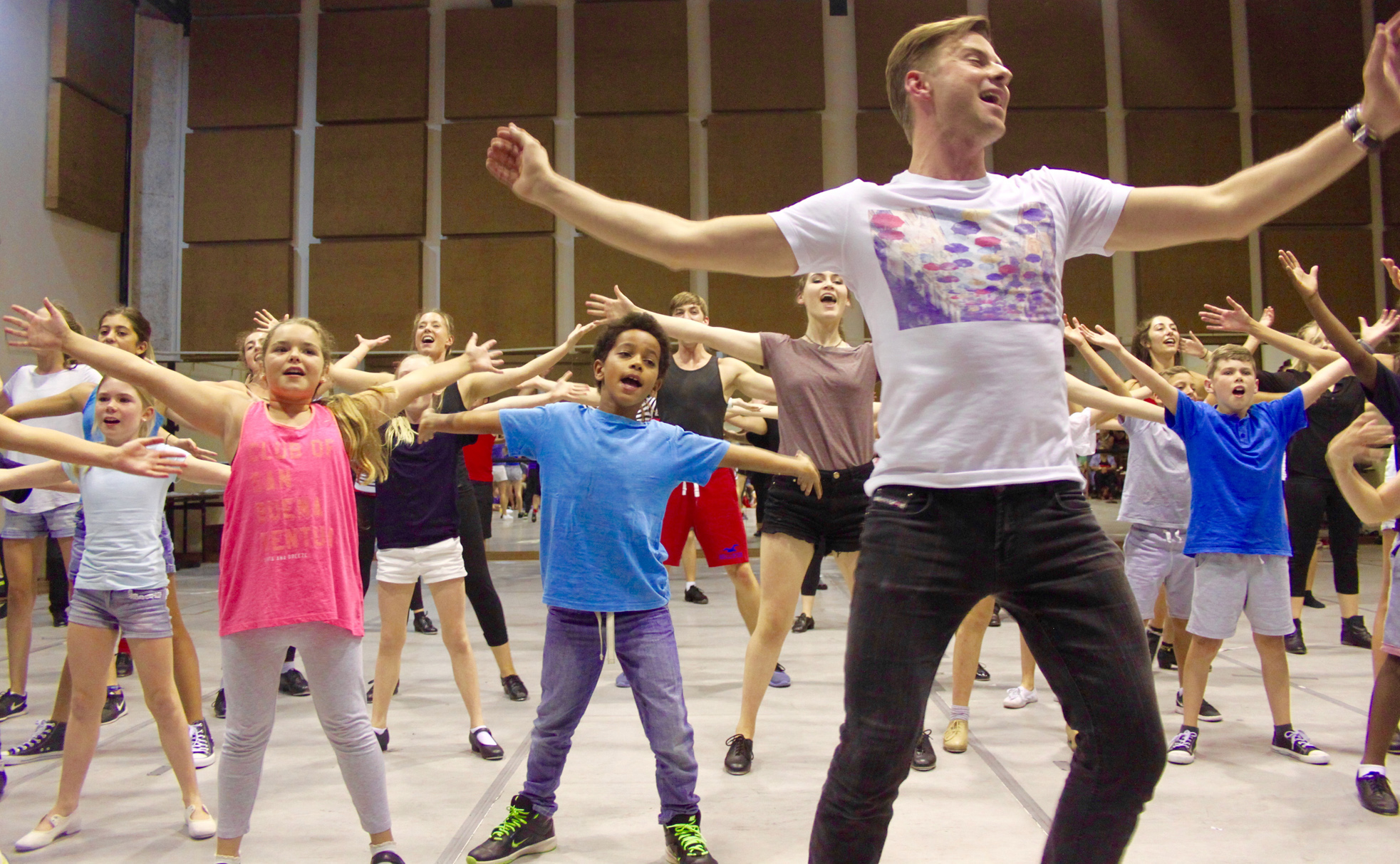 The first Musical Theatre Workshop is a weekend learning camp hosted in association with the Rising Star Performing Arts Theatre School (RSPA) at the Twin Streams Centre, Mtunzini from the afternoon of 29 April to 2nd May 2016 for Grade 6 to 12 learners. The second of the two musical theatre workshops caters for Juniors (7 to 13 years) and Seniors (from 14 years) at Crawford College La Lucia over four days from Thursday 5th May to Sunday, 8th May 2016.

The cost of the camp at Mtunzini is R2100 per student and includes training by qualified professionals as well as accommodation, beverages and 3 meals daily. Optional bus transport at an extra cost is available to the Musical Theatre Camp from Westville on Friday afternoon. For camp bookings, contact info@rspa.co.za for a registration pack. More information at www.rspa.co.za and venue details http://twinstreams.org/ RSPA, which has a sterling track record for managing highly successful camps for young performers, is a result driven performing arts training centre and authorized examination centre for Trinity College, London and LAMDA.

As the Musical Theatre Workshop at Crawford College takes place during the school term, classes are scheduled outside of school hours. Split into two groups; namely Juniors on Thursday and Friday from 14h30 to 17h00 and from 09h00 to 13h00 on Saturday and Sunday, then classes for Seniors take place on Thursday and Friday evenings from 17h30 to 20h30 and on Saturday and Sunday from 13h30 to 17h30. Fees are R1000 for Juniors and R1200 for Seniors. Participants receive a certificate and at the end of the workshops and parents are welcome to watch a special 30 minute presentation by the young stars in the making. To book, or for more info call Anton on 082 336 7913, visit www.musicaltheatreworkshop.co.za or email info@musicaltheatreworkshop.co.za

The Musical Theatre Workshop was established in 2010 to offer scholars, students and upcoming professionals practical training in the field of musical theatre where students learn in a safe, theatre environment that is stimulating, educational and entertaining. Not only do students benefit from participating in professional vocal coaching, dance training and acting classes they also build on their confidence, make new friends and further their communication skills while at the same time becoming a little more expressive – perhaps even finding their true potential.

Says Duane Alexander; “We started the Musical Theatre Workshop to give children and teenagers a taste of the professional performing arts industry. We expose them to professional level production techniques, hoping to instill them with greater appreciation and fonder love of this fantastic industry. As two individuals passionate about our craft, we really value the opportunity to discover new potential, develop their skills, all the while building confidence and boosting self-esteem in a safe, creative and professional environment. Our hope is to uplift ‘Musical Theatre’ in South Africa in the broader sense, but also to gear young talent for a shining career in the performing arts.”

For those interested in embarking on a career in musical theatre, the Musical Theatre Workshops creates a foundation to help them on their way, with up to date triple-threat (dancing, acting and singing) training including repertoire, dance classes, acting, audition preparation, vocal training and improvisation.

The content of the courses includes triple threat training; acting, dancing, singing and many educational fun-filled activities relating to musical theatre. Participants will learn things about themselves and musical theatre that will be invaluable to assisting on their journey to reaching their dreams.

Biogrpahies
Born and educated in Pietermaritzburg, Duane Alexander has been dancing and performing since the age of 6. He studied at the Waterfront Theatre School in Cape Town where he twice received the award for ‘Most Outstanding Student’. He also obtained his Performer’s Certificate in Musical Theatre, and teaching degrees in both Modern and Tap dance. After graduating, Duane performed in and was Dance Captain on the original SA cast and international touring companies of Cats, Joseph and the Amazing Technicolour Dreamcoat, Throughly Modern Millie, Jesus Christ Superstar, Chicago, Beauty and the Beast, Grease, Cabaret, Jersey Boys, The Sound of Music and recently Singin’ in the Rain.

Anton Luitingh has been involved in many facets of the entertainment industry, working as an actor, singer, songwriter, musical director, musician and voice artist. He obtained his B.Drama (Hons) Cum Laude degree in Drama at the University of Stellenbosch and has since performed on local and international stages in various genres Lead roles include performances in The Rocky Horror Picture Show, Cats, Jesus Christ Superstar, Showboat, Beauty and the Beast, Porgy and Bess, Noah of Cape Town, Evita and Sunset Boulevard. As resident director, Anton has worked with local and international creative teams behind Rent, Chicago, Phantom of the Opera, Jersey Boys, The Sound of Music and recently, Singin’ in the Rain.