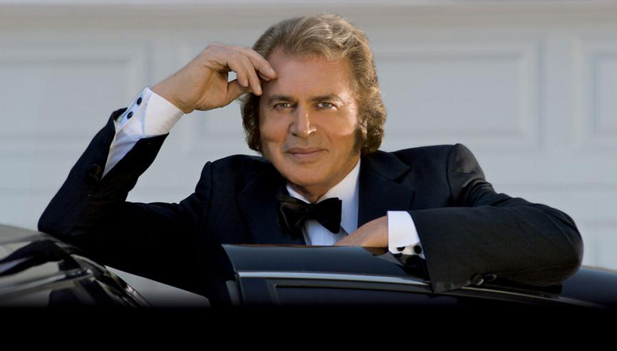 His name comes from the 1911, century Austrian composer who wrote “Hansel & Gretel.” His voice comes from heaven, and he has been a legend in the international music industry for the last forty plus years, with over 150 million records sold. He has a global fan base of millions. He is Engelbert Humperdinck and soon he will be singing his ever popular hits such as (Please) Release Me and the unforgettable Quando, Quando, Quando in South Africa at the Grand Arena, Cape Town for one show only on 21 November, followed by two shows at the Teatro at Montecasino on 24 and 25 November. Shows begin at 20h00 and tickets are now on sale at Computicket. #EngelbertSA

Brought to South Africa by leading local promoter, Showtime Management, the four “Engelbert Calling” concerts offer local fans the opportunity to enjoy the music of this famous icon up close and personal while live in concert as he performs many of his evergreen hits such as After The Lovin, Spanish Eyes, The Last waltz, Am I That Easy To Forget, There Goes My Everything, Les Bicyclettes de Belsize, Winter World Of Love and This Moment In Time. “I can’t wait to go back to South Africa,” says Humperdinck. “I have some wonderful memories from past concerts in your country. I would like to show people what I’m doing now including my new duet album called “Engelbert Calling.”

Engelbert Humperdinck has recorded everything from the most romantic ballads to the platinum-selling theme song “Lesbian Seagull” for the most recent Beavis and Butthead movie. His remarkable voice and extraordinary talent has endeared him to millions of fans around the globe with the MTV generation having just “discovered” what a magnificent musician the rest of the world has celebrated for decades.

Few people realize that several of the major forces in the world of rock n’ roll, including Jimi Hendrix and The Carpenters, started out as opening acts for Humperdinck in the late 60’s, 70’s and ’80’s. Let’s not forget Humperdinck taking #1 away from the Beatles, as well!

Interestingly, it was Humperdinck, not Elvis, who made famous the sideburns and flamboyant leather jumpsuits. Engelbert often jokingly asserts that Elvis “stole” the image from him. Nevertheless, the two legends often performed one another’s songs and enjoyed a lasting friendship until Elvis’ death. Humperdinck has always enjoyed a healthy rivalry with Tom Jones and the two actually partnered for ten years and shared a manager for many, many more.

Romance serves as the core of Engelbert Humperdinck’s music and lasting success. He knows how to pick songs with eternal themes of love and longing, and lovers always want to hear them sung. Last year, Engelbert completed recording his first duets CD titled, “Engelbert Calling” featuring tracks with a who’s who of the music world, including Sir Elton John, Willie Nelson, Shelby Lynne, Charles Aznavour, Johnny Mathis, Cliff Richard Neil Sedaka, Dionne Warwick, Kenny Rogers, Lulu, Beverly Knight and Gene Simmons, to name a few. The first single in the UK was the duet with Cliff Richard which went straight onto BBC radio 2 A list and became the most played independent single of the year.

With four Grammy nominations, a Golden Globe for “Entertainer of the Year” (1988), 63 gold and 24 platinum records and a star on the Hollywood Walk of Fame, Humperdinck might rest easy on his laurels. Hardly. In the past few years, he has joined in elite group of musical artists, such as Tony Bennett and Burt Bacharach, who have crossed over successfully to strike a new chord with a younger generation in addition to their core audiences. “The Humper” has appeared on several MTV programs, including two appearances on “MTV Beach House“, “Chilling with the Weaze” and “Oddville“.

Don’t miss the “Engelbert Calling” SA Tour, it’s probably the last chance local fans will have to watch this legend perform live in South Africa. More information at www.montecasino.co.za, www.grandwest.co.za or www.showtime.co.za or Facebook.com/showtimemanagementsa or For Everything Engelbert please check out our Facebook page: www.facebook.com/OfficialEngelbertHumperdinck, Twitter: @ehumperdinck, Website: www.engelbert.com

The "Engelbert Calling” Tour is coming to SA for 3 shows only!With a remarkable voice and over 150 million records…

For Montecasino Show & Stay Packages at one of the Montecasino Hotels (available for Friday and Saturday 8pm performances) please contact montecasino.reservations@tsogosun.com or telephone 011 367 4250