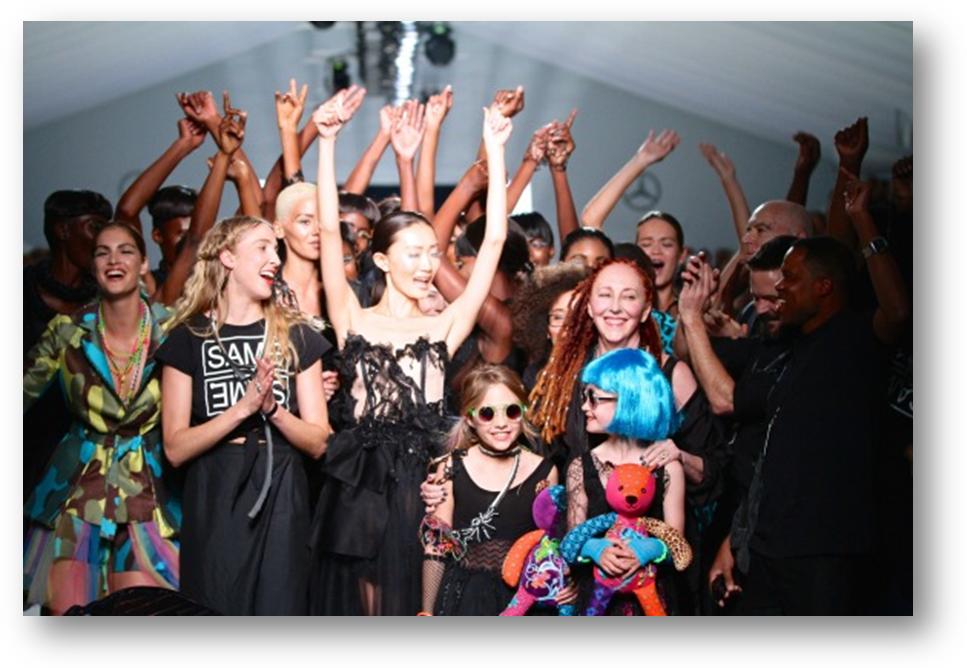 One of South Africa’s most enduring and award-winning designers, Marianne Fassler, will show her new Autumn/Winter collection at Mercedes-Benz Fashion Week Joburg 2015 on 5 March, 19h15.

As head designer for Leopard Frock, known for her use of bright colours and daring prints, Marianne Fassler has an aesthetic which has been described as an idiosyncratic and unique fusion of Johannesburg vibrancy and African-traditional design.

“The Winter 2015 collection is all about colour. The studio has been exploring new crafting techniques using raw South African Angora wool mohair and hand dyed pure silks to create lightweight warmth and cosiness” says Fassler about her latest collection.

Having worked as a designer for more than two decades, few people have left such an indelible mark on the South African fashion landscape and it is this reputation which Marianne Fassler – who was also named De-signer of the Year at the 2014 AFI Africa Fashion Awards – continues to demonstrate whenever her creations are sent down the fashion week runway.

With design greats like Marianne Fassler continuing to produce cutting-edge design, and platforms like AFI Fastrack and AFI Next Generation launching young talent, it is no surprise that South African fashion is developing at an unprecedented pace and gaining international attention in the process.