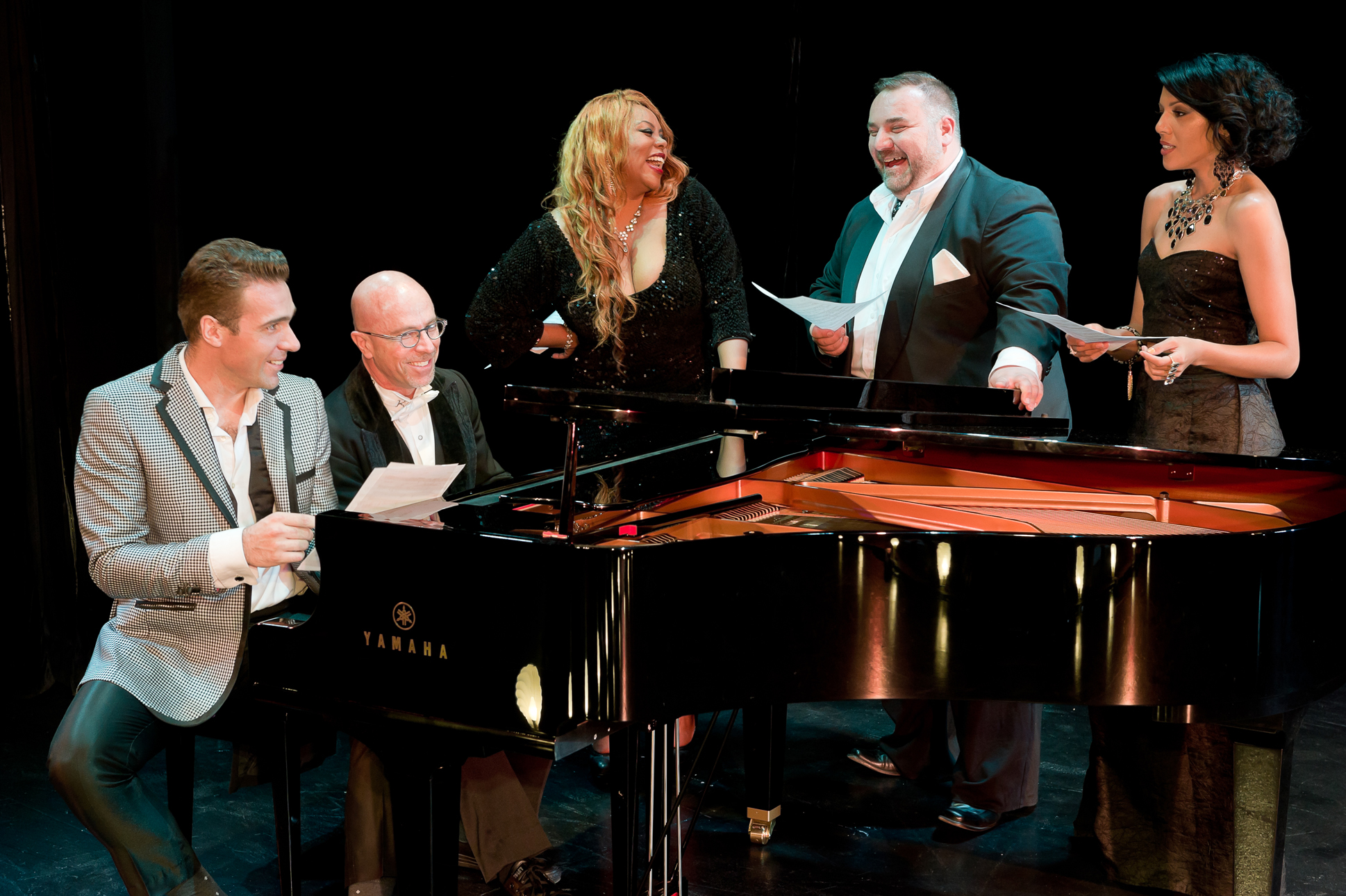 This September, Montecasino is the place to be for a night of Broadway’s finest entertainment. The multi-award winning star of local theatre, Jonathan Roxmouth will perform three concerts entitled From The Footlights, featuring a variety of hits from internationally acclaimed Broadway and West End musicals such as Chicago, The Phantom Of The Opera, Les Misèrables, Sweeney Todd and Jesus Christ Superstar. These songs are also featured on Roxmouth’s latest album (released last month) by the same name.

The concerts, featuring guest artists Nadine, Tracey Lee Oliver, Lindiwe Bungane and Harry Sideropoulos will be staged at the Teatro at Montecasino on Friday 18 September and Saturday 19 September 2015, both commencing at 8pm and Sunday 20 September at 2pm.

Don’t miss this rare weekend of musical theatre extravagance featuring popular songs from major Broadway musicals all in one show! Plus, visitors and corporate clients can choose from an exciting selection of Hospitality and Show & Stay Packages.

If you are planning your company’s year-end function and looking for a unique and memorable experience, then opt for the “Footlights” package tailor-made to suit your requirements plus a meet and greet with the star of the show, Jonathan Roxmouth.

To book your Hospitality Package for any performance or Show & Stay Packages at one of the Montecasino Hotels – available for Friday and Saturday 8pm performances- please contact montecasino.reservations@tsogosun.com or telephone 011 367 4250

For Montecasino Show & Stay Packages at one of the Montecasino Hotels (available for Friday and Saturday 8pm performances) please contact montecasino.reservations@tsogosun.com or telephone 011 367 4250

About Jonathan Roxmouth
Jonathan has performed in a wide variety of work from musicals to revue to plays and has earned 10 national and international theatre awards. He gained the bulk of his “training” by participating in a number of musicals at the Natal Playhouse. These included Guys And Dolls, Oklahoma! (Ali Hakim), The Mikado, Me And My Girl And The Pirates Of Penzance. He made his professional debut in the Barnyard’s production of Grease followed by Rock Me, Amadeus and The Buddy Holly Story. The big musicals finally beckoned and he played Lun Tha in Packed House Productions’ The King And I.

He joined Roelof Colyn in A Handful Of Keys – directed by Ian von Memerty and enjoyed a massive success. Jonathan played Gaston in Pieter Toerien and Hazel Feldman’s production of Disney’s Beauty And The Beast. He was then cast as the narrating silver tabby Munkustrap in Pieter Toerien’s revival of Cats.

Thereafter he went solo with his first one-man show, In Black & White, at The Rhumbelow Theatre in Durban to critical acclaim before returning to Grease –in Pieter Toerien and David Ian’s smash hit production which toured locally and internationally. Jonathan teamed up with Alan Swerdlow to write Hats Off! – a revue based on the songs of Flanders & Swann, which he performed with Louis Zurnamer.

He was then cast in Pieter Toerien’s production of Jesus Christ Superstar. Then came his big break – in the role of the Phantom in Pieter Toerien and The Really Useful Group’s record-breaking return production of Andrew Lloyd-Webber’s The Phantom Of The Opera. He then toured with the production to the Manila making history as the youngest English-speaking Phantom yet and winning the International Broadway World Award for his performance.

He then returned to revue with Topsy Turvy followed by Noël & Gertie. He was then cast in Pieter Toerien’s 25th Anniversary production of Sunset Boulevard. Jonathan finally completed his debut album, Stage By Stage, and went on a small tour with the subsequent show. Then came his greatest professional challenge, playing Liberace in Call Me Lee, which he designed, produced and co-wrote with Ian von Memerty. He has just completed his second Musical Theatre album, From The Footlights.

Jonathan was last seen in his first ever play in Pieter Toerien and KickstArt’s production Jeeves & Wooster In Perfect Nonsense. He has recently completed his sellout SA tour of Stage By Stage. He is currently starring in West Side Story in Cape Town. In September he will be performing at the Teatro at Montecasino and later this year he will play the lead in Sweeney Todd.

About Montecasino
The flagship property of gaming, hotel and leisure giant Tsogo Sun, Montecasino – South Africa’s premier entertainment destination – is ideally located in the heart of Fourways in Johannesburg. An award-winning ‘world at play’ where local and international pleasure-seekers and business travellers will find every possible entertainment and hospitality option, Montecasino boasts a broad range of unique and versatile, five-star corporate hospitality, conferencing and events venues and facilities, various entertainment options for all ages, a glittering casino, numerous retail shopping experiences, three distinctly different luxury Tsogo Sun hotels – including the palatial Palazzo, the fun and trendy SunSquare at Montecasino and the contemporary Venetian-style Southern Sun Montecasino – three theatres, including the award-winning Teatro at Montecasino, an outdoor Piazza and entertainment area, a wide variety of stylish restaurants, bars and supper clubs, numerous children’s entertainment options and luxury office park, all perfectly packaged to offer the very best in sophisticated entertainment options that deliver a unique and memorable experience.