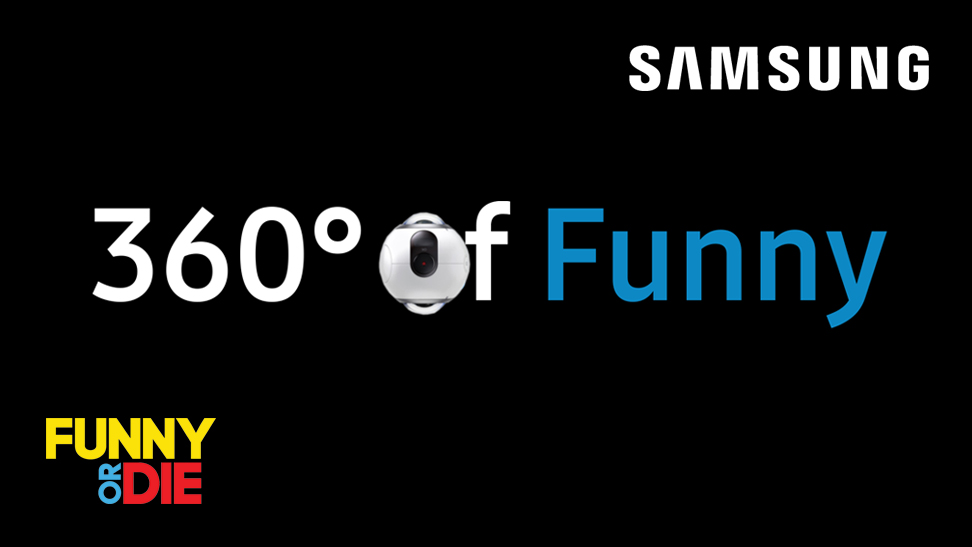 The world leaders in technology join forces with the heavyweights of video content to bring Funny Or Die to you live in South Africa this September.
Samsung has teamed up with the brains behind internationally acclaimed comedy brand, Funny Or Die, hosted by Capacity Relations to bring South Africa a world-first, advanced tech-content roadshow.

Johannesburg, South Africa – Powered by Samsung Mobile and in partnership with critically acclaimed, award-winning comedy brand Funny or Die, virtual reality technology will meet digital content live for the first time ever in South Africa this coming September 27th lands on our shores, transforming the way we see, consume and distribute content through powerful technology tools. All aspiring creatives and script writer virtuosos’ are invited to partake in the ground-breaking sessions that will tackle new levels of content transformation, propelling South Africa into a new era of digital content creation and ingenuity.

This ingenious roadshow, the first of its kind, will be taking place in Johannesburg on 27 September and in Cape Town on 29 September 2016. You’ll be able to reserve your seat for R650 from 15July 2016 at 14h00 at www.ticketpro.co.za.

As the leaders in technology, having recently launched their state-of-the-art virtual reality technology, Samsung Mobile is excited to be the power behind this sensational new concept in South Africa. “Collaborating with the titans at Funny Or Die was a natural fit for us at Samsung as they are shaping the world of immersive and engaging digital content. This roadshow is the superlative platform to showcase how technology meets content in the digital era and we are eager to give South Africa an opportunity to be part of this incredible movement,” says Craige Fleischer, Director: Integrated Mobility at Samsung Electronics South Africa.

Co-founded by Will Ferrell, Adam McKay and Chris Henchy, Funny Or Die launched in April 2007 and has grown into a premier comedy brand and production studio known for creating award-winning, high-quality content with a global audience of more than 70 million. Seasoned creative executives from the Funny Or Die will be launching, elevating and inspiring South African creatives and aspiring film makers to become part of this incredible techno-content initiative. President Digital Content at Funny Or Die, Chris Heuer, is looking forward to coming to South Africa to present to some of the country’s top creatives, “This platform will open up a world of digital technology and entertainment in South Africa, launching the careers of some of the top international up and coming film makers and entertainment specialists.”

As part of competition, The team at Funny Or Die, Capacity Relations and Samsung will also be giving hopeful and talented South African scriptwriters, videographers, vloggers and creatives the opportunity to have their work recognised and seen by over 100 million on Funny or Die as well as R50 000 towards starting their dream. Please see below for competition information.

To be eligible to enter The Funny Or Die Short Film competition; 360 Degrees of Funny, powered by Samsung Mobile, entrants must create a short form storyboard that is under three minutes in length with no more than 4 characters and using only 3 locations. The script must be between 3 and 5 pages long and must be submitted (360offunny@capacityrelations.co.za email address). The first phase of the competition will run from 15 July and close on the 15 August 2016.

The top 6 finalists, chosen by the panel at Funny or Die, will be announced by Capacity Relations on 1 September 2016. Each finalist will then be given a state-of-the-art Samsung product to make use of during the second phase of the competition. With specialized training from Samsung consultants, each finalist will make use of their Samsung Galaxy S7 or S7 edge smartphone, Gear VR technology device as well as a 360 degree Camera to shoot a short film. This phase of the competition will run from 2 September to 19 September 2016 and the final winner will be announced at an official ceremony (venue to be communicated closer to the time) in Johannesburg on the 27th of September. The winner will be awarded a prize of R50 000 as well as the opportunity to have their video shown to over 100 million people of the Funny or Die website and social media platforms
For conditions of entry, please visit Samsung.com.

About Funny Or Die –
Funny Or Die launched in April 2007 and has grown into a premier comedy brand and production studio known for creating award-winning, high-quality content with a global audience of more than 70 million. Funny Or Die’s social media division produces content for over 15 platforms and is the #1 comedy brand on both Twitter and Facebook. Funny Or Die is the top destination for celebrity-driven comedy videos and highly topical political commentary. Funny Or Die’s founders are Gary Sanchez Productions (Will Ferrell, Adam McKay, and Chris Henchy), and Creative Artists Agency (CAA). Judd Apatow is also a principal partner.