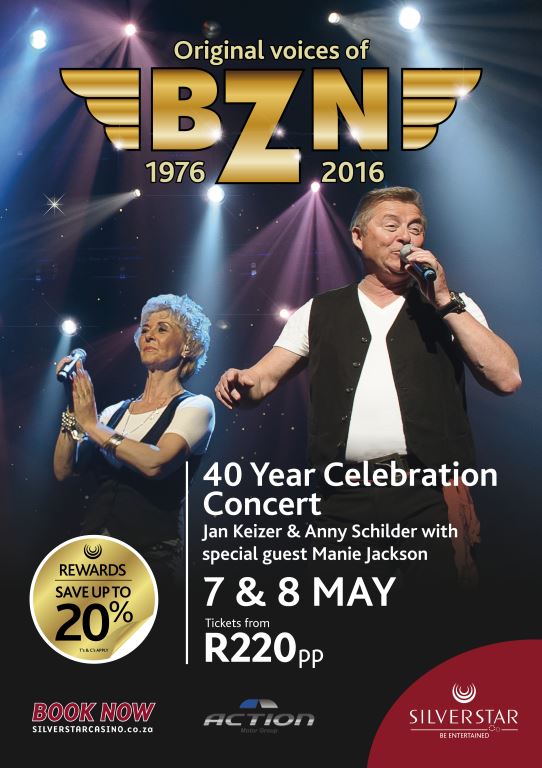 From now until the 24th of April 2016, the exciting, new Gauteng Slots Chase tournament is running at Silverstar, Montecasino and Gold Reef City.

To enter the tournament for the chance to win cash prizes from the R500,000 prize pool or for a shot at the guaranteed R250,000 first prize and title of the first-ever Slots Chase winner, all you’ll need to do is pay R100 and register at the designated area. R200 will get you two entries into the tournament and R50 in FreePlay, while R500 will earn you five entries and R150 in FreePlay. You can enter as many times as you like during the tournament heats and must belong to or sign up to the Tsogo Sun Rewards Programme to be eligible for the FreePlay.

Heats will take place daily from 12h00 to 21h00. The highest scores on the leaderboard will each win daily FreePlay prizes.

The 10 players with the highest scores will win a cash prize. Plus they’ll automatically qualify for the final tournament, taking place on the 30th of April, at Silverstar.

Win Cars AND Cash with The Power of Three

Want to win a share of R1.5 million, including three brand new cars one being the all new Toyota Hilux? Silverstar Rewards cardholders simply need to play slots or tables to earn enough points to enter the draws.

Take a Walk on the Wild Side with The Jungle Book

On the 15th of April 2016, the epic adventure, The Jungle Book, will be coming to movies@Silverstar. Ideal for the whole family (as long as the kids are over the age of 10), the film is based on Rudyard Kipling’s timeless stories and inspired by Disney’s 1967 animated classic.

Raised by a family of wolves since birth, Mowgli (Neel Sethi) must leave the only home he’s ever known when the fearsome tiger Shere Khan (Idris Elba) unleashes his mighty roar.

Guided by a stern panther (Ben Kingsley) and a free-spirited bear (Bill Murray), the young boy meets an array of jungle animals, including a slithery python (Scarlett Johansson) and a smooth-talking ape. Along the way, Mowgli learns valuable life lessons as his epic journey of self-discovery leads to fun and adventure.

Come check out this latest telling of Mowgli’s story in 3D, with state-of the-art technology and immersive audio.

By the way…here’s a heads up on two very exciting events coming to SiIverstar. Tickets are on sale so book yours now!

Firstly, calling all BZN, fans: During May 2016, Jan Keizer and Anny Schilder, will be taking to the Silverstar stage for the official BZN 40 Year Celebration.

These music icons of the 70`s and 80`s will take you on a trip down memory lane with their top-selling hits in this unique show, full of nostalgic moments and great international music. Jan and Anny received numerous gold and platinum awards for their work and to this day, they are as popular in South Africa as they ever were.

Tickets are available from Computicket or from the Box Office at Silverstar.

Secondly, uncover the mystique and secrets of Ancient China with The Terracotta Army and the First Emperor of China: The Exhibition from the 15th of June to the 20th of August 2016 from 10am to 7pm.

The exhibition is an extraordinary voyage through Ancient China of 2,200 years ago. It is, undeniably, the most complete exhibition ever created on the Terracotta Army, the necropolis and life of the First Emperor. In an incredible staging, this exhibition brings together more than 300 life-size reproductions of statues, chariots, weapons and objects from the daily life of the First Emperor of China, as discovered in the more than 100 pits of the necropolis.

Tickets are available from www.webtickets.co.za or at the onsite box office.

About Silverstar Casino
Silverstar Casino is Johannesburg West Rand’s No 1 entertainment venue, offering guests an array of family orientated entertainment. The Complex has recently undergone major improvements including the opening of six new restaurants. Silverstar now offers a large Magic Company with the latest arcade games, a 12-lane bowling alley and a 450m² hi-tech laser-tag games facility; a movies@ cinema complex boasting the latest 3D technology in its 6 cinemas and a 2 200 seater dome called The Globe, hosting expos and shows. Gaming enthusiast will enjoy a choice of over 1000 slot machines and 32 tables. Visit www.silverstarcasino.co.za.