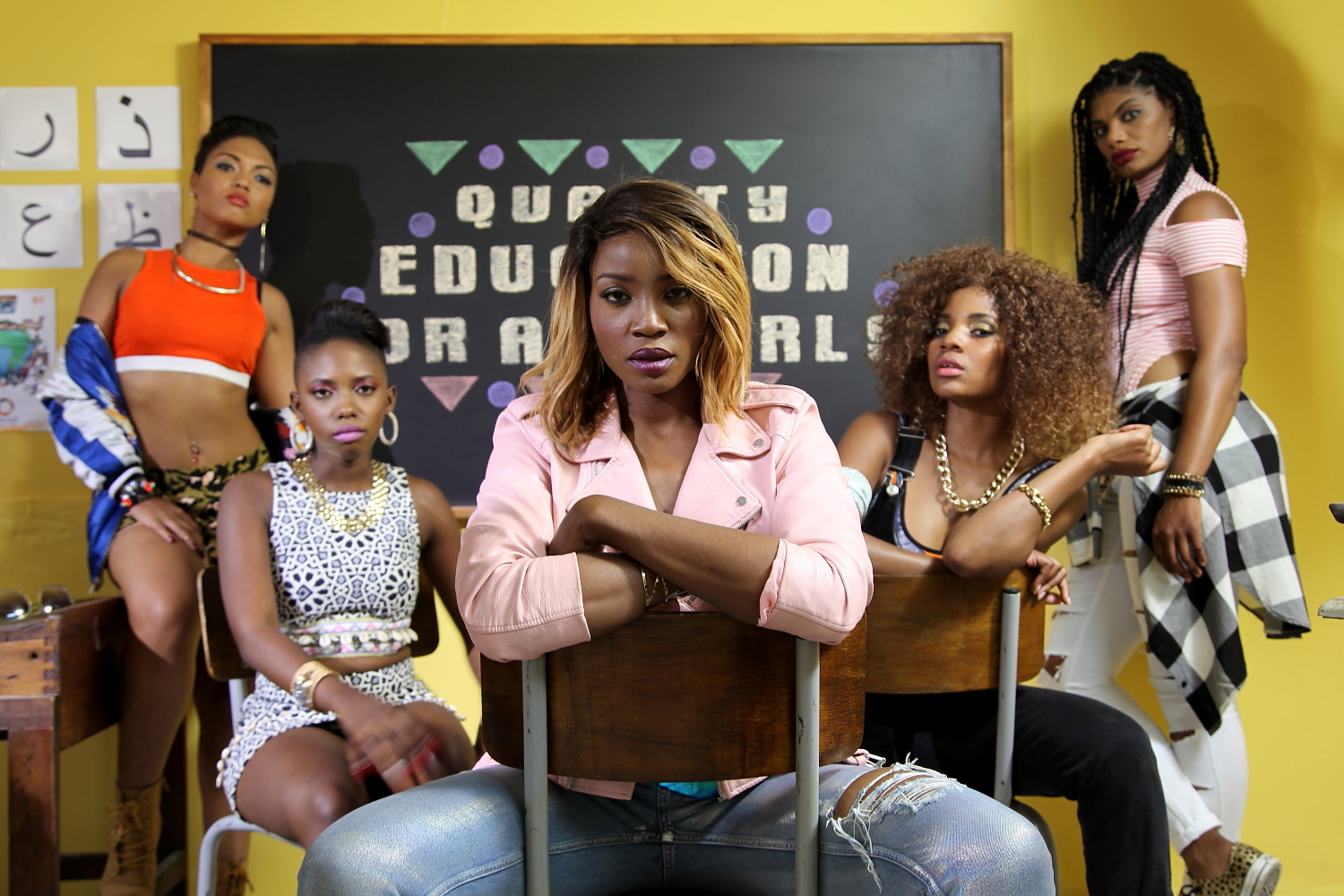 Following the success of the #TellEverybody Global Goals Campaign in 2015, the United Nations Project Everyone in partnership with Getty Images and the Screen Advertisers World Association (SAWA) are proud to introduce an exciting global project involving a section which features African female artists and choreographers to highlight the issues affecting girls and women around the world.

Directed by MJ Delaney of Moxie Pictures, this new film titled ‘#WhatIReallyReallyWant has been produced to represent the voices of girls from around the world telling everyone what they really really want. The video features musicians Gigi LaMayne and Moneoa from South Africa, Seyi Shay from Nigeria, Bollywood actress Jacqueline Fernandez from Sri Lanka, M.O. from the UK, Taylor Hatala from Canada and Larsen Thompson from the USA.

Collectively bringing all African artists into these global charity projects is the African creative for United Nation’s global projects, George Beke CEO of the Pan-African Geobek Entertainment, who was also behind the A&R for the previous Global Goals Campaign song, #TellEverybody where award winning African acts Mafikizolo, Yemi Alade, Sauti Sol, Becca, Ice Prince, Diamond, Sarkodie, Toofan and world class producers Cobhams Asuquo and Ellputo were brought together to produce the hit song, “Tell Everybody” to raise awareness around the global goals.

With the new project at hand, #WhatIReallyReallyWant launches online and in cinemas all over the world with a call to action for people everywhere to share a picture on social media of #WhatIReallyReallyWant for girls and women. The responses will be shown when world leaders gather in New York this September for the UN General Assembly and the inaugural ‘Global Goals Week.’ The video was shot in Mumbai, Cape Town and in London and will be the centerpiece of the Global Goals Campaign this year, set to be released in cinemas in over 30 countries from July to October.

In September 2016, World Leaders will mark the first anniversary of the adoption of the Sustainable Development Goals. These Global Goals are a mighty plan to end poverty, fix climate change and address inequalities over the next 15 years, but they will only succeed if they address the needs of the most marginalised first, particularly those of girls and women. Issues like quality education, an end to violence, an end to child marriage and equal pay for equal work need to be top of every government’s agenda in order to give the Goals the best possible start.

Everyone is invited to ‘Tell Us What You Want’ from the Global Goals.