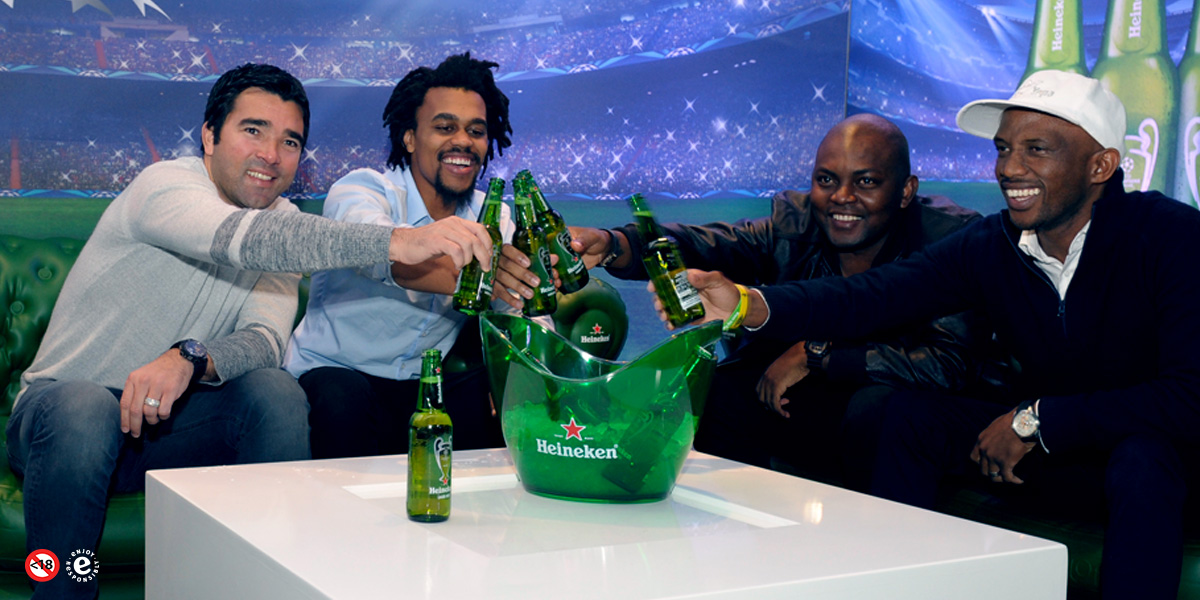 Last night, Heineken® delivered more than beer to PDL Car Wash in Soweto. When a truck bearing a branded container and booming the UEFA Champions League anthem pulled up outside the venue, little did soccer supporters who had gathered to enjoy the semi-finals match know that they were in for a legendary match night.

As long-time global sponsor of UEFA Champions League, Heineken® knows that UEFA Champions League is about so much more than the game alone – it’s about the experience. Fans make a little extra effort on match night, so it was only fitting that the world’s most premium beer brand went all out to deliver the most unexpected ingredients to soccer fans to make this match night legendary.

The global celebrity trio took to the green couch inside the specially decked out container to host a live, social-media driven talk-show. They commentated on the game, engaged with fans and other international UCL legends via the @Heineken_SA account as part of the global #ChampionTheMatch sessions that have captured the globe’s imagination throughout the championship.

HEINEKEN®
Not for Sale to Persons under the Age of 18.
Enjoy Responsibly.