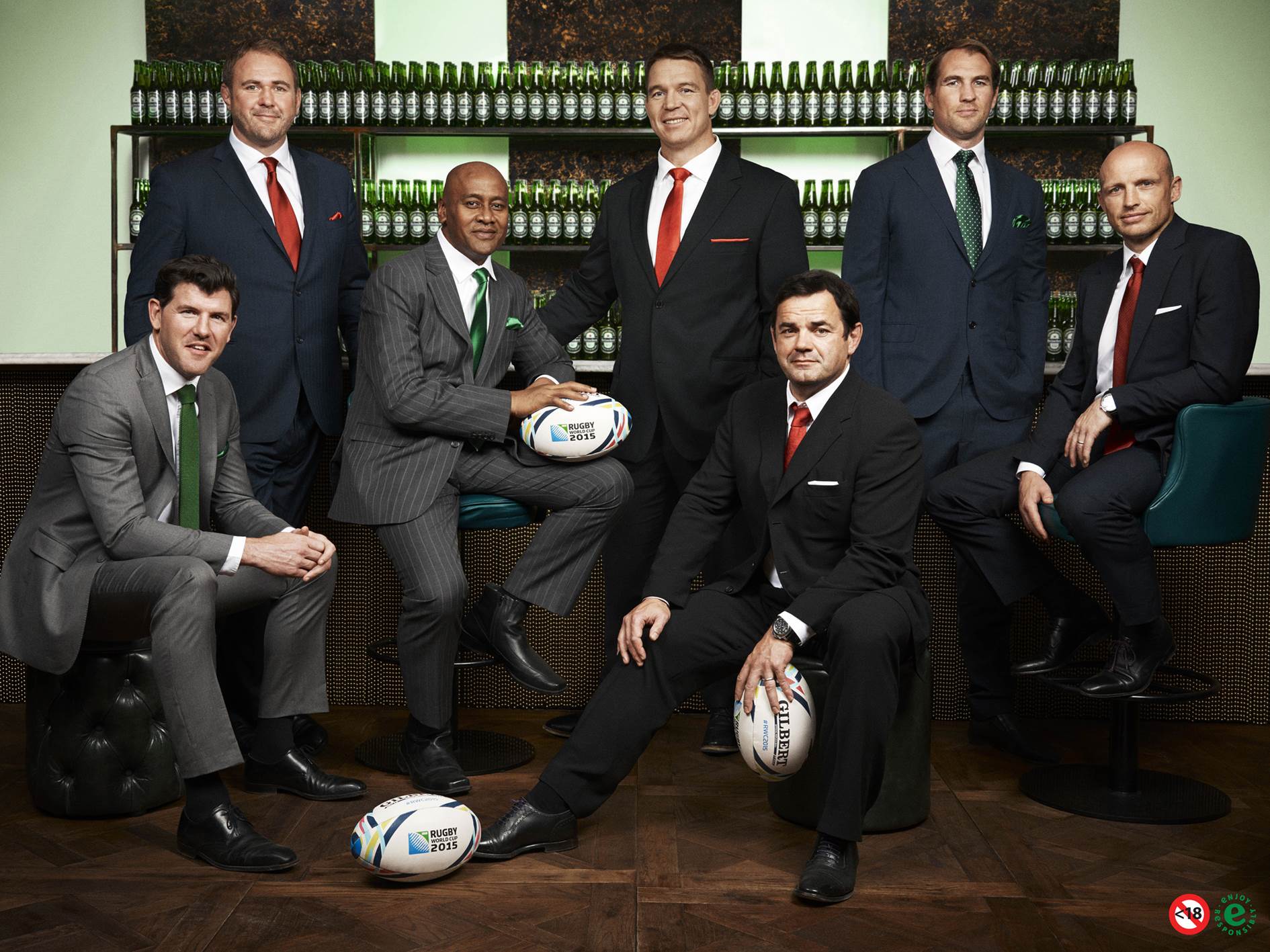 Heading the campaign is a ‘who’s who’ of international rugby legends, led by ex-All Black superstar Jonah Lomu and former England captain Will Carling.

“Rugby World Cup is the pinnacle for any player and this Tournament will be one of the biggest ever. To partner with Heineken and join such an esteemed group of rugby legends is an honour,” said Lomu. “I was lucky enough to play in two Rugby World Cups, so I know how exciting the Tournament is. This year, I want as many people as possible around the world to enjoy Rugby World Cup 2015 and help get them closer to the action with Heineken.”

We're Proud to Open #RWC2015 and will bring you closer to the action with our legendary line up. #itsyourcall pic.twitter.com/dzpx91fcBd

Heineken’s sponsorship of Rugby World Cup 2015 is supported by a global media campaign, commencing in August stretching across OOH, print, digital and television – with Heineken’s Jonah Lomu and John Smit appearing in a television commercial themed around the official coin toss.

David Lette, Heineken Brand Director said: “With this exclusive coin toss opportunity before every match, Heineken is proud to open Rugby World Cup 2015. We are proud to be rewarding passionate fans around the world with this unique, once-in-a-lifetime VIP experience to get closer to the action. We can’t wait for it all to start!”

In the run up to the Tournament Heineken will be hosting live events for fans across the United Kingdom. Supporting Rugby World Cup 2015 Trophy Tour, these events will give fans a champion’s eye view of the Webb Ellis Cup in their local, as well as the chance to be part of an official coin toss.

During the Tournament, Heineken will offer fans around the world the chance to take part in the ultimate 2nd screen experience – the Heineken Rugby Studio; a digital preview/review show that will take place across social media. Hosted by Will Carling, the content will feature Heineken’s Legends line up, as well as a number of special guests, who will offer opinion and an irreverent look at the major talking points of Rugby World Cup 2015, with fans able to be a part of the action via #ItsYourCall.