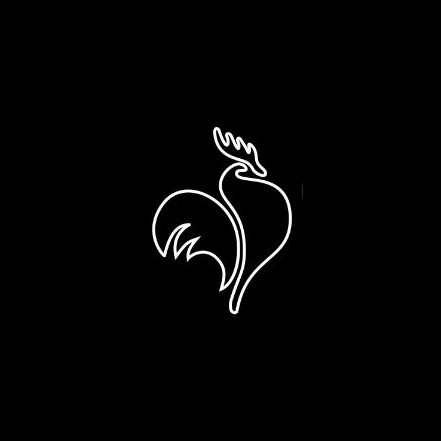 Episode 2 of the Gallo Vault Sessions out now

“We should remember at that time, the SABC was the only existing medium of disseminating information. So, if the SABC felt that the music was not desirable, they would immediately just ban it.”  Sipho ‘Hotstix’ Mabuse

Johannesburg, 28 April 2022 – Race, radio and genre are explored in episode 2 of Gallo Vault Sessions, the fascinating music podcast that takes you through the biggest cultural and political moments in South African music. Released a day after Freedom Day, on April 28th, the episode explores the impact the SABC and in particular, Radio Bantu, had in shaping apartheid’s grand separate development vision, and the role music played in that. It also highlights one unintended consequence – how radio drama ‘rescued culture’.

Featuring veteran broadcaster Shado Twala, and legendary musician Sipho ‘Hotstix’ Mabuse, amongst others, the episode touches on Mavuthela, Pharanyana, Percy Sledge, Thomas Chauke, Radio Metro, the role of radio dramas and censorship. Accompanying it is the all-vinyl mix exploring Radio Bantu and beyond, by Vusi Hlatywayo.

Harari – a group previously banned by the SABC

Episode 2 moves from the launch of Radio Bantu led by the preservationist Hugh Tacey, through to the popularisation of Maskanda and its first major star Phuzushukela; and on to one of Gallo’s first major global hits, the tsaba-tsaba jazz standard Skokiaan covered dozens of times by artists from across the world.

It touches on the impact of US soul on South African music including the seminal Sesotho cover by Jacob Mpharanyana Radebe of Percy Sledge’s ‘Take Time to Know Her’.  Sledge in fact broke the cultural boycott to tour South Africa in the 70’s acknowledging that South African audiences had made the song “so great for me here; and I dig you the most for that”.

Furthermore, It explores the threat that the apartheid regime saw in a new wave of musicians that were more politicised and singing in English. As renowned musician, Sipho ‘Hotstix’ Mabuse explains “The SABC would not listen to a black rock ‘n roll band, because it was undesirable for African musicians to be influenced by English; unless we become bad influences of language within radio stations. Certainly for us as a so-called black rock band, we were monitored sternly because most of the music would have been maskandi or mbaqanga or acapella. And so that kind of music they were more comfortable with.”

We also hear from the radio veteran Shado Twala – one of the launch DJs of Radio Metro,  the first English speaking radio station marketed towards the black population – on how they were dictated to about what they could play; and how ‘undesirable’ songs were scratched with a nail beyond repair, making it impossible for DJs to play them.

The episode explores one unintended subversion in the Radio Bantu system – original drama; which provided a lifeline of a different sort to audiences.  As Dr Sipho Sithole remarks “it rescued our culture. That was radio that was centred in the middle of the community in the middle of the people.”

The series is narrated by Kineta Kunutu, and researched, produced and written by artist, researcher and DJ Zara Julius at KONJO.  Gallo Vault Sessions is presented by Gallo Music in collaboration with KONJO. Episode one and two is available on select digital streaming platforms with a new episode launched on the last Thursday of the month, over the next four months.

The remaining episodes and their release dates are:

The Cultural Project of Whiteness & Afrikanerdom

Gallo Record Company (GRC) is South Africa’s largest and oldest independent music label since its inception in 1926, and incorporates both Sheer Music and Bula Music into its stable. Gallo Record Company is based in Johannesburg, South Africa, and is owned by Arena Holdings Pty Ltd. The stable signs, promotes and assists artists to promote their music across Africa and internationally. Gallo boasts some of the biggest artists to have come out of the country including Lucky Dube, Dorothy Masuka, Mango Groove, Ladysmith Black Mambazo, Sipho “Hotstix” Mabuse, Stimela, and Bhekumuzi Luthuli – all of which have achieved multi-platinum sales status in South Africa and numerous awards. The vast catalogue offering also includes Gallo’s rich archives poised for digitization and new offerings in the modern music age.

KONJO is a Pan-African creative research and cultural storytelling agency. We curate, facilitate, research and produce moments of cross-cultural creative connection within South Africa, the greater African continent and across the African diaspora, with an emphasis on the global south. At KONJO we are passionate about giving meaningful music, art and culture the nuanced discourse and invested audience it deserves. We share and generate the kind of culture in which we can see ourselves.With a large network of creatives across the diaspora, KONJO considers the ways music, art and performance possess significant archival heritage and vitality. Meaning ‘beautiful’ in Amharic, KONJO centres ‘otherwise’ narratives through the beauty of creativity that holds cross-cultural collaboration and cultural mobility at the core. We are committed to a compassionate and deliberate production of experienced-based projects across genre and medium; film, podcasting, exhibitions and events. Founded by artist Zara Julius, KONJO also happens to be a Black woman-led agency. @k.o.n.j.o konjo.co.za info@konjo.co.za