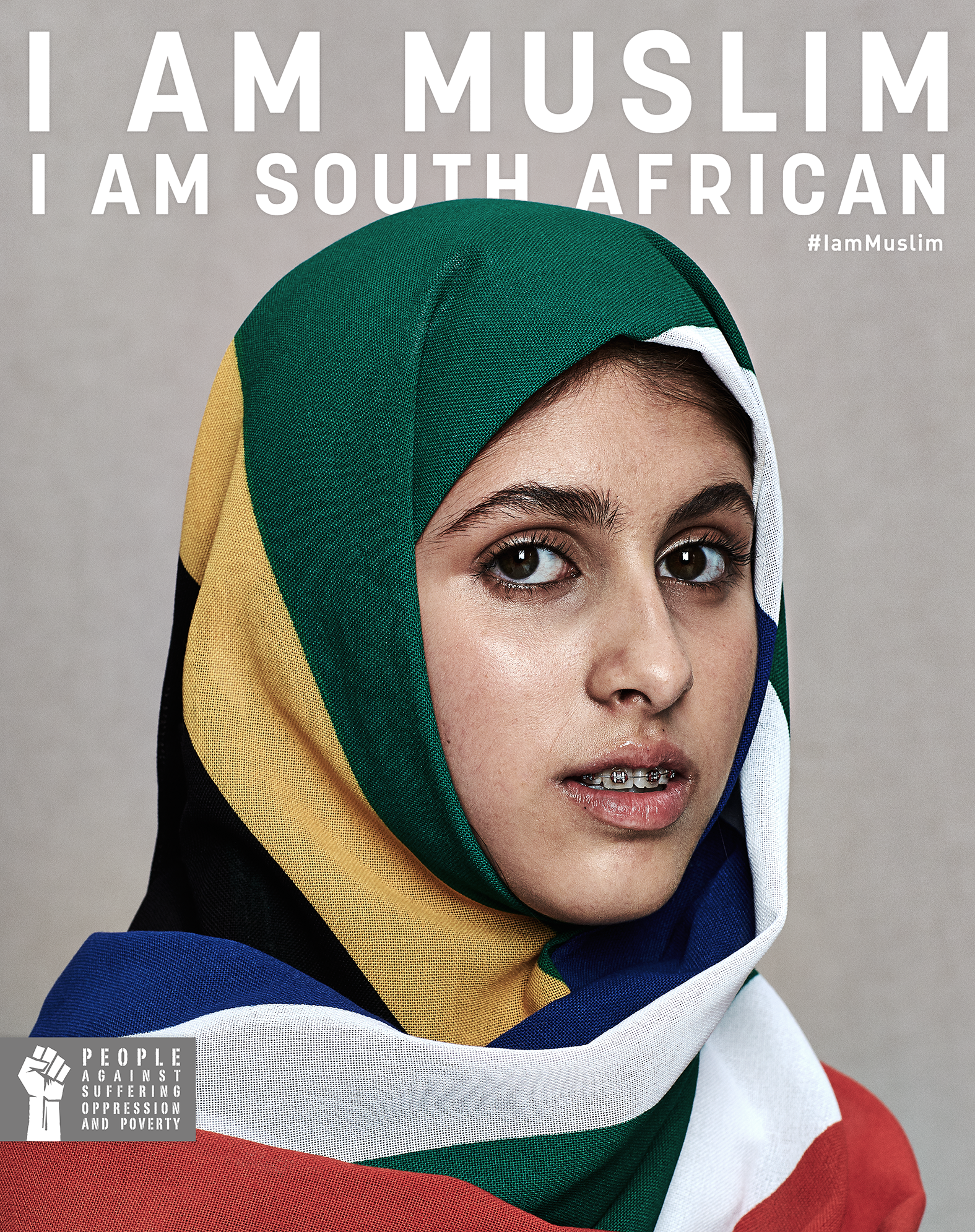 Cape Town, South Africa. Following the recent terror attacks in Europe, Africa, and the Middle East, intolerance directed at the Muslim community is higher than ever. Recently some South Africans have adopted this terrible behaviour, the uproar over the construction of a mosque just last week being a prime example.

While social media has the potential to do great good, unfortunately it also often amplifies the vitriol and most divisive voices, making these ones heard loudest. Through social media some disturbed individuals spend their time relentlessly attempting to cast Islam and the Muslim community worldwide in a negative light.

NATIVE VML partnered with People Against Suffering Oppression and Poverty (PASSOP), a South African non-profit that advocates for equality, justice, and human rights for all, to start a campaign that aims to address this situation. We wanted to confront people’s prejudices and counter the rising tide of Islamophobia.

Portraits of Muslim women wearing a traditional Islamic hijab, fashioned after the flag of their home country, created the powerful campaign imagery. “Juxtaposing these two symbols creates such a strong impact and challenges the assumptions people have about Muslim identity,” says Ms Tendai Bhiza at PASSOP.

The portraits were made of various Muslim women, and will be used in an outdoor, print and social media campaign.

“We are fully aware that certain quarters may find these images controversial, but the point of this movement is to challenge the prejudices people may have, and change the way we think about a culture that has been unjustly defined by the actions of a select few,” said Ryan McManus, Executive Creative Director at NATIVE VML.

NATIVE VML hopes that this campaign will inspire people in other countries to create similar images that will spread the message and help shift the conversation.

McManus added, “In this era of divisive rhetoric and rampant hate speech online, we need unifying images like these now more than ever.”

Join the conversation with #IAmMuslim

NATIVE VML is Africa’s leading full service agency for the Digital Age, working as a strategic partner for brands looking to thrive in this continuously connected world. The cornerstone of our work is to create “purpose-driven work that lives in people’s lives”, which has led to ground-breaking campaigns for South Africa’s most loved brands such as Absolut Vodka, BMW, Chivas Regal, Jameson Whiskey, Kulula.com, Nedbank, Nestle, Old Mutual, Pick ’n Pay, Red Bull, Ster Kinekor and The Foschini Group.