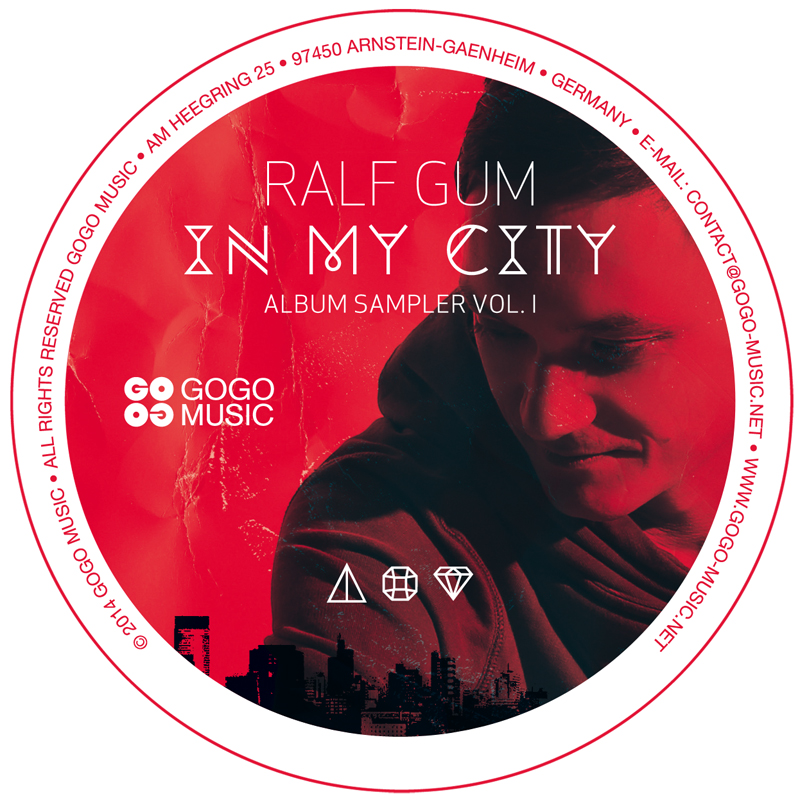 G1 The Pap feat. Monique Bingham
O1 With Her Hand feat. Hugh Masekela
O2 Free (Is All I Wanna Be) feat. Portia Monique 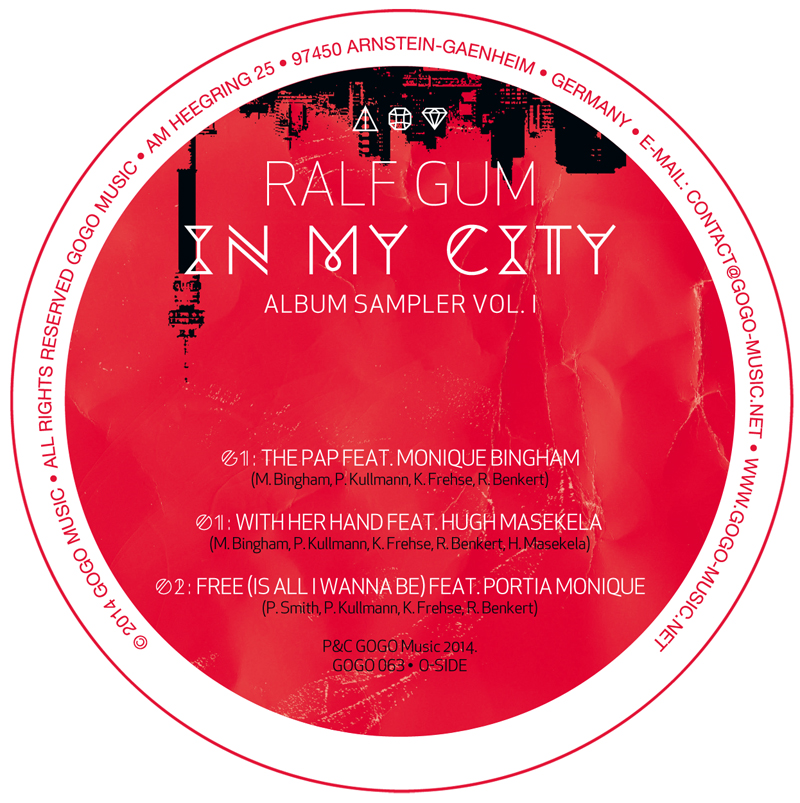 GOGO Music proudly presents the “In My City Album Sampler Vol. I“, a limited edition collector vinyl, containing 3 songs from Ralf GUM’s album. The 12 Inch includes “With Her Hand” featuring legendary Hugh Masekela, “The Pap” featuring the queen of vocal House Music Monique Bingham and “Free (Is All I Wanna Be)” featuring rising soul-star Portia Monique. “In My City” jumped straight in on the No.1 spot on iTunes South Africa on day of release and is one of the most celebrated albums of 2014 in the motherland. Furthermore it was beyond the best selling albums of the year globally on Traxsource and selected “best dance album of 2014” by iTunes SA.

Ralf GUM’s music career dates back to 1990 when he started out as a DJ before establishing himself three years later as a full-on institution within the deep house scene delivering outstanding productions, too. Recognized globally as one of the most respected artists within the House Music circles and armed with rare longevity, in delivering his latest album “In My City”, Ralf was able to follow in the traditions of his two previous albums ‘Uniting Music’ and the South African gold-selling ‘Never Leaves You’. The “In My City Album Sampler Vol. I” contains 3 tracks produced together with Phil Kullmann aka Raw Artistic Soul, who collaborated with Ralf for the first time on this album.

“With Her Hand” features the inimitable Hugh Masekela. Bra Hugh is the most legendary South African Jazz musician alive and it was a great honour for Ralf to hear that he considers him one of the most skilled producers he worked with. ‘The Pap’ is a deep distinct groove and combined with Monique’s soulful and effortless performance an abstract and worthy addition to Ralf & Monique’s legacy of successful songs. The song made it beyond the 10 best selling Soulful House songs of 2014 on Traxsource and is one of the biggest summer hits in South Africa. Last but not least “Free (Is All I Wanna Be)” completes this vinyl release. It is the first collaboration of Portia Monique and Ralf GUM and became one of the most played tracks on South African radio in 2014.

GOGO Music proudly delivers a real collectors item with this release including 3 celebrated and beloved songs from Ralf GUM’s album, which should not be missed by any vinyl collector and music lover.