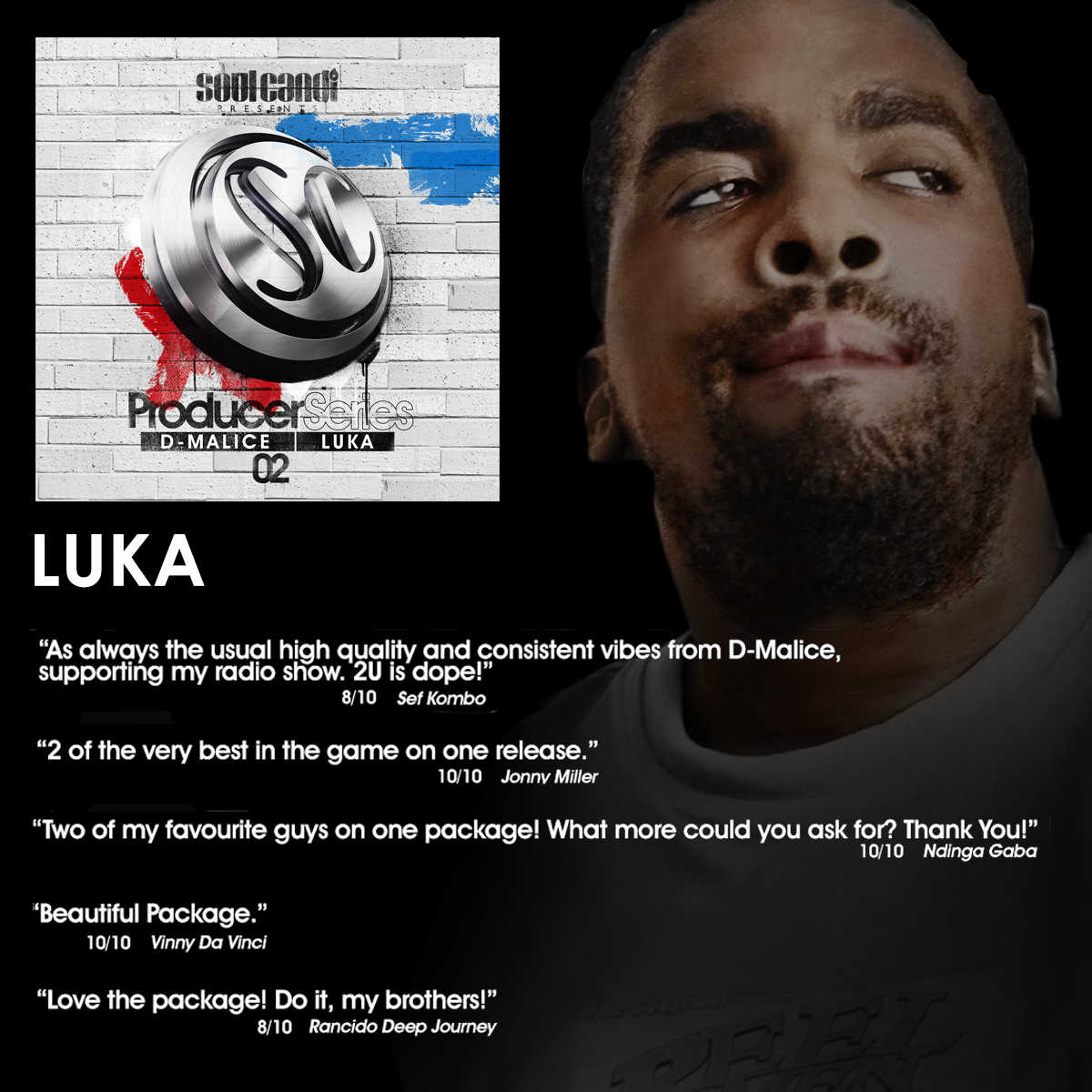 Featured on one of Soul Candi’s most recent releases, Producers Series Vol.2, is the highly talented producer “Luka”. Known for his unique and innovative musical creations, the way in which Luka found music production is truly inspiring.


After suffering a rugby accident during his varsity years, Luka sustained serious injuries to his neck which resulted in paralysis. Instead of falling into depression and harping on the injustices of life, he faced this obstacle with a positive attitude and created a new path for himself.

Passionate about music from a young age, this now became Luka’s motivation to continue his success. Close friends organised music production equipment for him when he regained partial mobility of his arms which allows him to use a pencil to produce his music. Luka then took the time to thoroughly understand the equipment and soon started producing his own unique sounds.


His music was quickly picked up by various industry leaders and has now been shared across the globe, with his work breaching the borders of South Africa and reaching the countries of the UK, Italy, Russia, Switzerland and more.

Soul Candi Records discovered him in 2013 and a year later they released his full album on Producers Series Vol.2 alongside the UK-based D-Mailce. Luka describes his sound as a fusion of Lounge, Nu Jazz, Soulful, Hip-Hop, Deep Dub, Techno, Tribal, Electro and Electro-Acoustic. A wide spectrum of sounds from a man who has used his unique experience to alter his destiny and have a positive effect on the world.