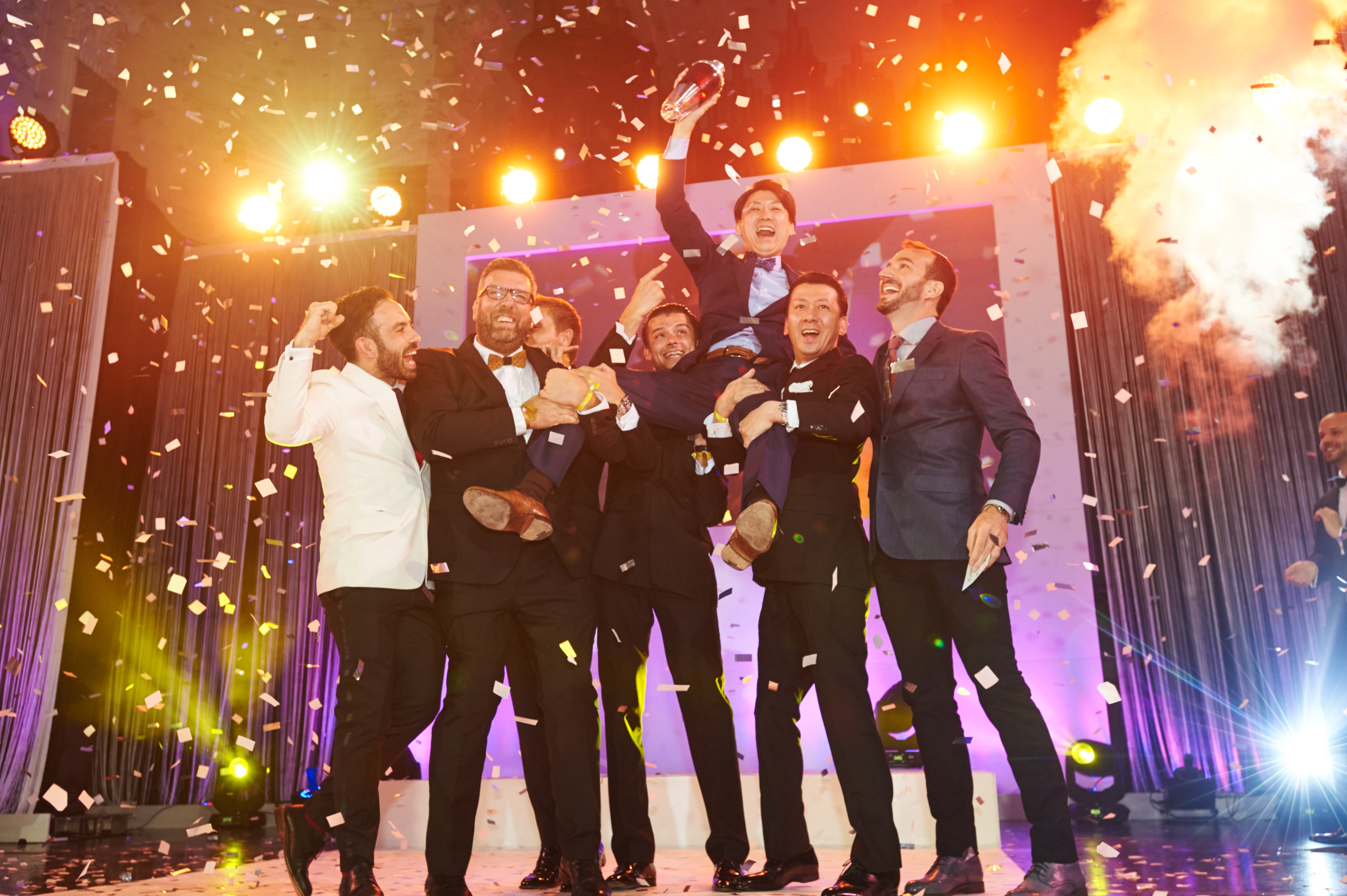 Michito was selected the best of the best from among the original 54 contenders, after four days of challenges presided over by leading authorities in the world of fine drinking and experiential cocktail culture.

“When I heard my name, I couldn’t believe what I was hearing – I was in total shock,” said Michito after the announcement. “I’m very happy to have won. This is definitely a turning point in my life. I can’t wait to tell my wife and family. But I must remember that even though I am the World Class champion, I must stay humble and true to myself and what I love.”

Michito was inspired to quit his job as a construction worker to become a bartender 13 years ago after tasting cocktails in the most famous bar in his home region of Nara. Three years ago he opened his own bar in Nara – The Lamp Bar – where he is the manager and sole bartender.

In the final “Cape Town Shakedown” challenge held at the city’s V&A Waterfront, the final six bartenders had to create a pop-up bar to reflect their personality and bartending style.

Michito looked to his own name for inspiration. Michito means “Man on the Road”, so he incorporated the iconic Striding Man of Johnnie Walker into his bar’s theme – “The Travelling Bar Man”. The installation was covered in maps and treasure chests, and Michito took visitors on a journey from Scotland to France to Japan with his creations.

“Michito produced some wonderful performances throughout this year’s World Class. As a bartending personality he was the personification of Japanese hospitality with an engaging spark of gentle humour and whimsy. His cocktails across all the challenges were subtle, harmonious, and impeccably calibrated. He is a complete professional and produced a sustained level of excellence throughout the competition,” said Spike Marchant, World Class judge and global brand ambassador.

As World Class Bartender of the Year, Michito will be become an overnight celebrity and have the opportunity to travel the world as a global brand ambassador for World Class. In addition, as part of a recently announced partnership between luxury resort group One&Only and Diageo Reserve, Michito also wins a trip to the One&Only Palmilla resort in Los Cabos, Mexico.

During the gala ceremony, the top performers from each of the five first round challenges were also honoured – Jurgen Nobels of Belgium earned top scores in the “Against the Clock” pressure test; Kenneth Bandivas of the Philippines took the judges on a journey of flavour during “Around the World”; Tyson Buhler of the USA delivered a perfect pair of cocktails in “Night and Day”; Filip Navratil of Slovakia dominated in the “Street Food Jam”; while champion Michito served up a trio of masterpieces in the “Future, Retro, Disco” challenge.

Israel’s Ariel Leizgold, who was among the top six finalists, also delivered a standout performance during the “Cape Town Shakedown” where he created a ‘secret garden’ that was a “sensory joy and a cocktail paradise”, according to the judges.

“The talent on display this year has surpassed our already high expectations. It was almost impossible to predict who the top six would be because the level of skill was consistent across all competitors – exceptionally high,” said Spike Marchant. “But what else would you expect when you have the best bartenders in the world under one roof? It was the toughest competition we’ve ever had the honour of judging.”

The World Class Bartender of the Year Global Finals took place in Cape Town from Monday and has included challenges, seminars on cocktails and the World Class House, a showcase for the world’s finest spirits.

In elevating the craft of bartending, Diageo Reserve World Class has become a leader in setting trends and standards for fine drinking experiences in the best establishments worldwide.