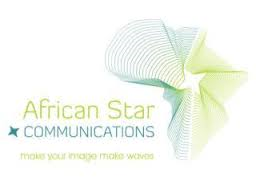 Comedians are aplenty in South Africa, but comedians who have stood the test of time with local audiences are rare. An all- time favourite is the one and only Joey Rasdien.

With 4 previous one-man shows under his wing, Joey Rasdien is no newbie to the comedy scene. The success of his previous stand-up comedy shows, movies, TV ads and appearances on the small screen have cemented Joey’s presence within the market. His face is instantly recognisable from such classics as, Running Riot, Bunny Chow, Vaatjie Sien Sy Gat, Dollars and White Pipes, as well as Outrageous, Blitz Patrollie and Material with fellow comedian, Riaad Moosa.

Having headlined on the stage of most major comedy stand up shows in South Africa, it comes as no surprise that his 5th one- man show titled ‘POINT OF REFERENCE‘ has already been selling tickets like hot cakes.

Joey decided to try his hand at comedy in 2004, when a family member encouraged him to explore his natural talent. By 2005, he was already being cast in local movies and TV shows. His first one-man show titled ‘Joey Rasdien Live‘ seen him step out into the comedy scene alone and he has continued producing hit shows ever since. His second one- man show, ‘Mixed DNA‘ which he toured the country with in 2011, seen his popularity increase and Joey went on to produce his third on-man show, ‘EVOLVED‘ in 2013 and his fourth ‘HERE AFTER‘ in 2014. His love of comedy has seen him perform on stages across Africa and Internationally, in Toronto, Dubai and London, to name a few.

The one night only show, will take place at Gold Reef City’s infamous, Lyric Theatre on Thursday the 19th November 2015 at 8pm.

Tickets are available at Computicket from R150. Get yours now!