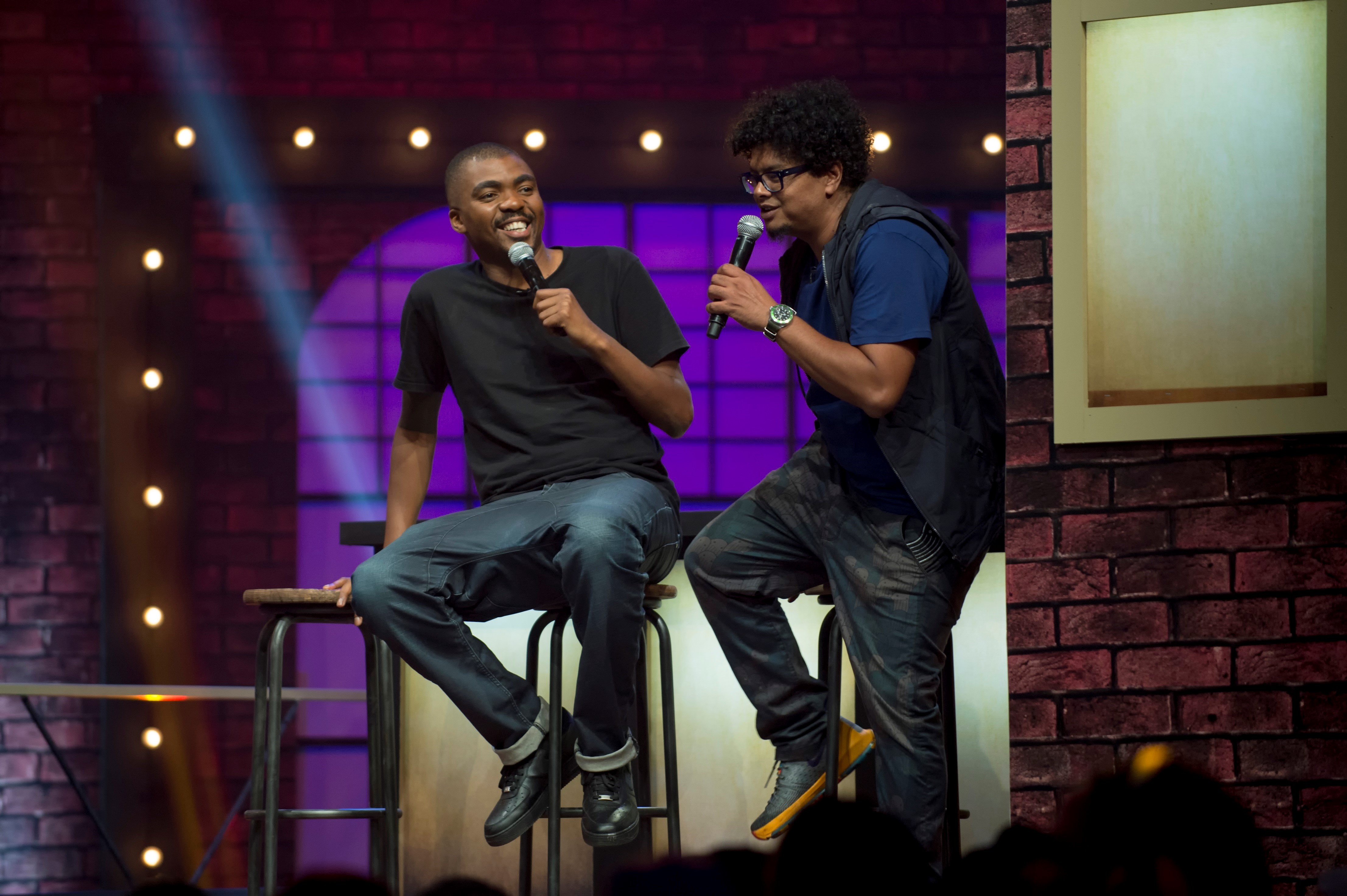 Tune into MTV Next Week For “Tumisho Masha Vs Uti Nwachukwu’

Johannesburg, 13 May 2016: After Joey Rasdien thrashed Loyiso Gola in last night’s episode of Lip Sync Battle Africa, MTV (DStv channel 130) has revealed that Tumisho Masha and Uti Nwachukwu are the next stars to face off in the hilarious reality contest.

Rasdien won TV glory in last night’s tongue-in-cheek battle after thrilling the studio audience with a super smooth, velvet-clad version of Billy Paul’s 1970’s soul classic “Me & Mrs Jones”. Despite channelling Brandy in chic braid wig and a super-sexy rendition of “Sitting Up in My Room”, Loyiso Gola could make no headway against his fellow comedian, and was forced to go home empty handed.

Next week’s battle is between “Isidingo” star Tumisha Masho and Big Brother star Uti Nwachukwu, premiering on MTV, (DStv channel 130) at 20:50 CAT on19 May 2016. Commented Tumisho Masha: “I love Lip Sync Battle and I couldn’t wait to hang out with Pearl and D’Banj on set, and perform some of my favourite songs for the audience. I hope the viewers at home have as much fun seeing me in costume as my wife did when she saw the photos!”

Hosted by Pearl Thusi with colourful commentary from ‘koko master’ and Afrobeat star, D’Banj, Lip Sync Battle Africa has previously witnessed epic battles between Cassper Nyovest vs Boity Thulo, Thando Thabethe vs Lerato Kganyago, Jason Goliath/Tol A$$ Mo vs Celeste Ntuli/Nina Hastie, and Flavour vs Maps Maponyane.
Tune in to Episode 6 of Lip Sync Battle Africa on MTV (DStv channel 130) on Thursday 19 May at 20:50 CAT to find out who takes home the winner’s belt and the biggest bragging rights on the planet.