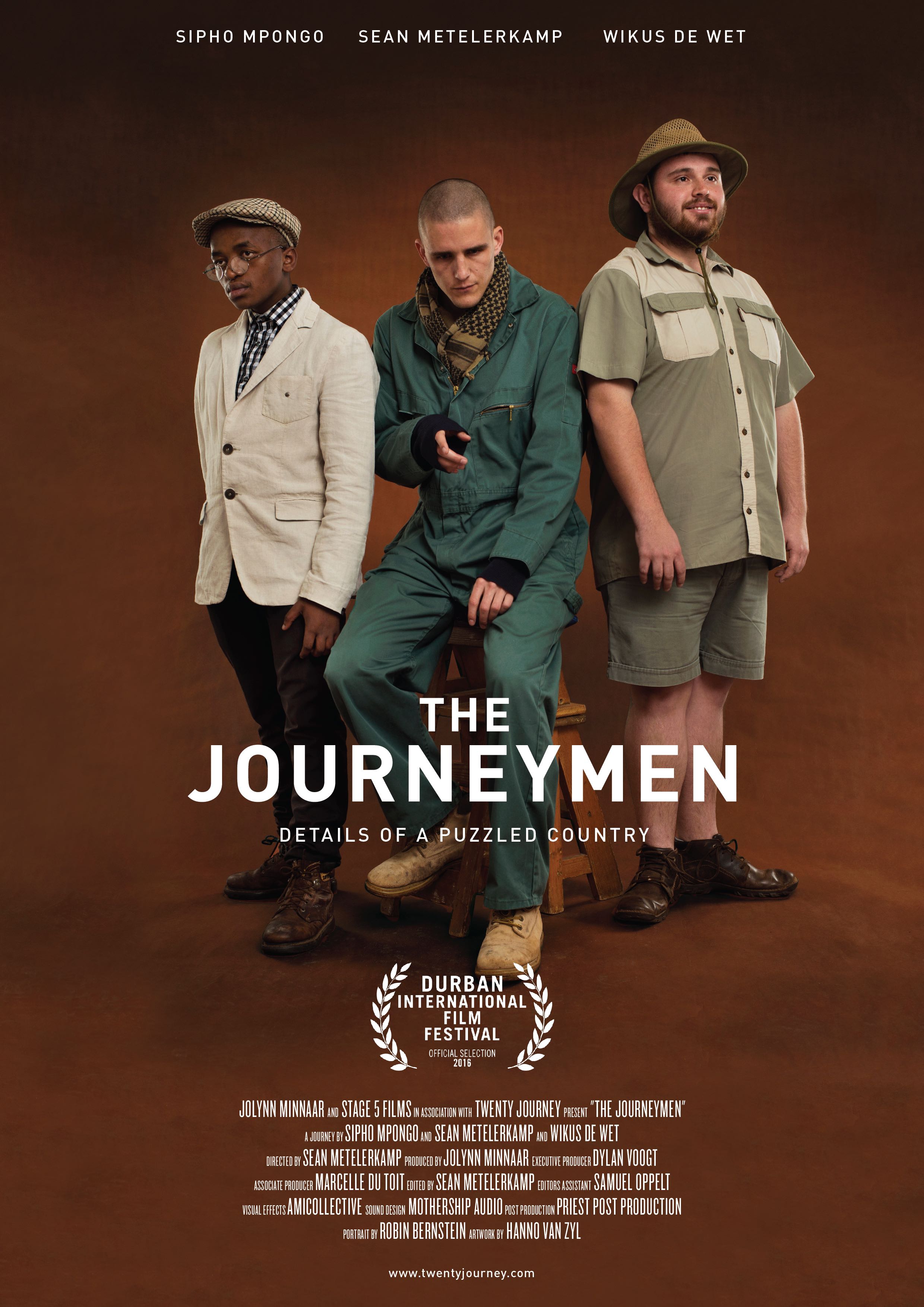 The Durban International Film Festival is pleased to announce that the opening night film of the 37th edition will be the World Premiere of the South African documentary, The Journeymen, the latest instalment in the Twenty Journey project. The documentary has been directed by Sean Metelerkamp and produced by filmmaker Jolynn Minnaar whose film, Unearthed, was one of the big hits at DIFF 2014.

Filmed as part of the Twenty Journey project in 2014, the year in which South Africa celebrated 20 years of democracy and mourned Nelson Mandela’s death, The Journeymen chronicles the journey of three young South African photographers, Wikus de Wet, Sipho Mpongo and Sean Metelerkamp, as they travel 24 000km in a motorhome throughout South Africa, with GoPro cameras strapped to their chests, to explore the mood and feel the pulse of contemporary South Africa. From urban sprawls to dusty rural roads, the trio were driven by the question “Has Mandela’s vision of equality in a rainbow nation been achieved?”

The film answers this with a kaleidoscopic set of responses that are disturbing, beautiful, thought-provoking and, more than anything, movingly surreal.

Said Acting Festival Director, Peter Machen, “It is highly appropriate that this intersectional portrait of our strange and beautiful country will screen on the fortieth anniversary of 16th June, 1976. The film is a portrait of a nation that was forever changed by the actions of the youth of Soweto, and screening it on this day will act as a tribute to the bravery of the tens of thousands of unnamed young people who helped build the road to our liberation.”

Machen continued, “The film shows the underlying demons of our troubled national soul but also its deep and profound beauty. Made with technology that is widely accessible, the film is also a vibrant call to arms for new modes of filmmaking and fresh approaches to narrative. We are very happy to be screening the world premiere of The Journeymen on the opening night of the 37th Edition of DIFF.”

Director, Sean Metelerkamp said, “While we never set out to make a feature length documentary, looking back, through embracing new technology, we were able to capture our promising, contentious and confusing country as we went about exploring our respective photographic themes. We hope that this collaboration – between three guys from different cultural and racial backgrounds, united simply by a duty to set out and discover truly authentic South African stories – kickstarts conversations and interactions. As luck would have it, our film features a chance encounter with Sam Nzima, who photographed Hector Pietersen. We can’t think of a better way to honour Youth Day than to share our film with the country. “

The Twenty Project was made possible by many generous Kickstarter backers. The documentary is executive-produced by Dylan Voogt and made possible with the support of Stage 5 Films, Priest Post Production, 744 Digital and Mothership Studio.

The 37th Durban International Film Festival is organised by the Centre for Creative Arts at the University of KwaZulu-Natal, with support from the National Film and Video Foundation, Durban Film Office, KwaZulu-Natal Film Commission, eThekwini Municipality, German Embassy, Goethe Institut, KwaZulu-Natal Department of Arts and Culture and a range of other valued partners.