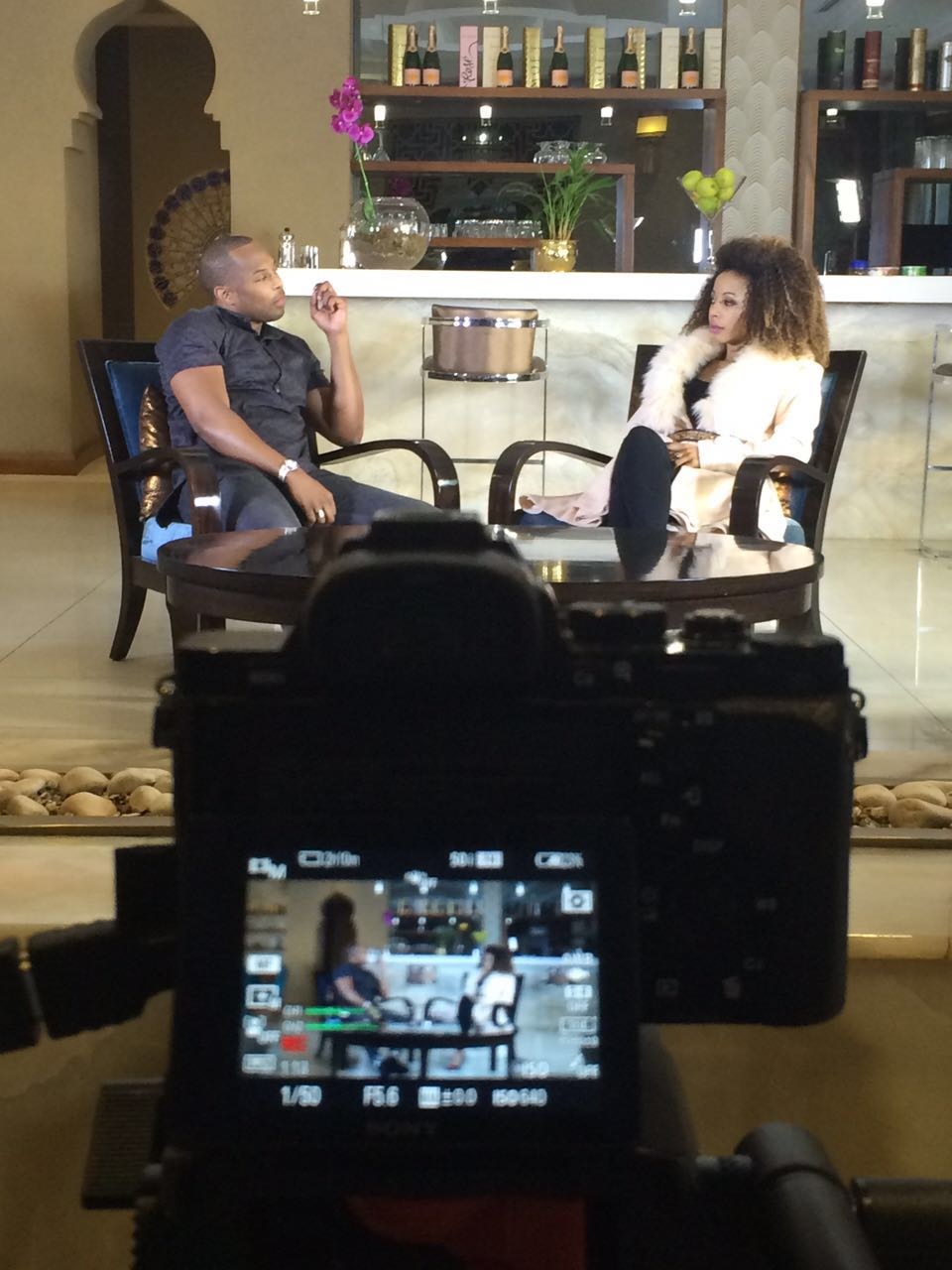 Johannesburg, 22 June 2016. South African singing sensation Kelly Khumalo rose to fame in the mid-2000s with her hit single “Qinisela”. Known for her powerful voice, her sexy dance moves and gorgeous fashion sense, Kelly was every producer’s dream and the envy of every wannabe IT girl. But along with the success came heartbreak, scandal and tragedy.

For the first time, Kelly reveals the story “Behind the Story” when she sits down with MTV Base VJ Sizwe Dhlomo in a tell-all interview, revealing parts of her life never previously shared with the public, from her relationship with Jub Jub, to drug use and getting high at church.

Dazzling in a black and cream ensemble, Kelly exudes the strength and confidence of a woman who has seen and done it all, and emerged the other side. She doesn’t mince her words when asked about her relationship with Jub Jub at the time of his trial, “It was a very strange time in my life, I was dealing with a partner who going through a very serious case, who was also very abusive, emotionally and physically, who does not appreciate anything. I was trying to be a mother…. I was left very confused. I was very broken.”

When probed about her role and responsibility in their recklessness together and whether she felt any guilt, Kelly reflects, “I have never been the one to behave reckless. Everything that I did was in my house, I took drugs in the comfort of my home. I will never feel any guilt where Molemo is concerned,” says a defiant Kelly.

After years of picking up the pieces and getting her life back on track, Kelly met married Orlando Pirates and Bafana Bafana Goalkeeper, Senzo Meyiwa, with whom she enjoyed a much-publicized relationship that resulted in the birth of her second child. Kelly maintains that she was not aware of Meyiwa’s marital status until after they got together, “I only found out when I was two to three months pregnant with my second child”, she reveals.

Looking back to those days, Kelly candidly says about her relationship with her late ex, “As much as I loved Senzo, I feel like that relationship was a waste of my time and energy. My relationship with him was actually a waste – a delay of my life and my career – and all those unnecessary ups and downs I don’t think I deserved.”

Ending things on a lighter note, Kelly concludes by revealing that she is currently single, still believes in love, and that she is a good mother to her two children,”A person who is for me will see me for who I really am. I am not defined by my past, my present or my future”.
Currently in studio, working on her seventh album, Kelly has also released a new single with the “King of Kwaito”, Arthur Mafokate, following their successful hit “Nguwe”.